The Moral Injury Of A Baptist Accidental Killer 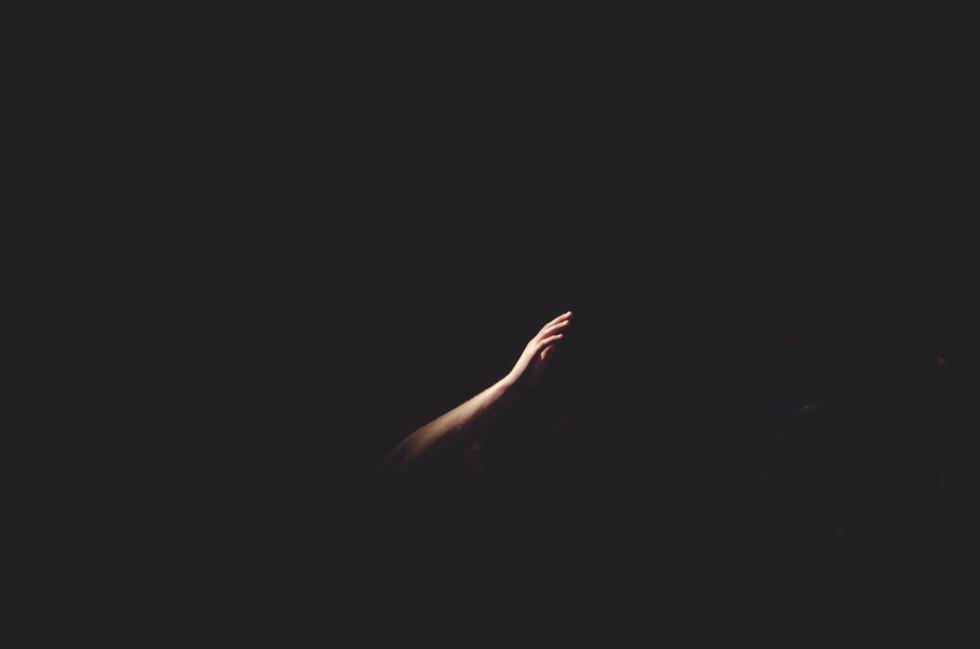 Like many churches in Beckley, West Virginia, Glen View’s pastor was a graduate of Appalachian Bible College, a fundamentalist institution founded to train missionaries for Appalachia and far-off lands.

Each service ended with an altar call where unsaved people were encouraged to get saved, and the rest of us were encouraged to give some or all of our life to God. I never knew if I should go forward during these events—if I stay they’ll think I’m stubborn and hard-hearted, if I go forward, they’ll think I’m melodramatic. After all, I didn’t have much reason to go forward. I hadn’t really done anything terribly wrong in my life.

I attended this church every Sunday morning and night for four years because Pastor Duane visited me in the hospital the night I accidentally killed someone.

I visited Glen View the first Sunday morning of my freshman year, and liked it enough to go back that night. As my roommate and I were driving to church, dressed up in jackets and neckties, I was blinded by the evening sun as I rounded a curve on an unfamiliar and busy two-lane road. I tried to get out of the passing lane, but saw a red Jeep in the right lane. I over-corrected back to the left lane and struck a reinforced curb that crushed the front of my ‘73 Volkswagen Super Beetle. The engineless front of the car crumpled, and the steering locked up, sending us into the oncoming lane. I looked straight ahead to see a motorcycle coming straight for us.

My memory only has static at this point. The next thing I remember is the relief that my roommate was alive and apparently uninjured. I looked down and saw my hand covered in blood. I spit chunks of windshield glass out of my mouth.

I climbed out of the car, and the entire scene was frozen. The busy highway had come to a complete stop, like the highway had instantly turned into a high school parking lot on a weekend. I walked away from my car and saw the empty motorcycle. Next I saw a woman in a motorcycle helmet. Her head was bent at a strange angle and, although I had never seen a dead body, I knew she was dead. I walked a few steps further and felt a searing pain in my knee. Although my kneecap was fractured, I kept walking, barely feeling a thing. In a few steps I saw a man lying on his stomach. He wore a black leather vest. I went to him, and I could see blood flowing from between his legs on to the asphalt.

He looked up and cursed me. I said I was sorry. I probably said it a thousand times in those few moments when our eyes met. I took off my red Bible college necktie and attempted to stop his bleeding as two ambulance workers casually walked up and escorted me away, joking to each other as they did so.

In the ER, a nurse who attended Glen View Baptist was on duty. He got the glass out of my hand with some rolled up medical tape. He called Pastor Duane and he came right away. He knew we were on our way to attend his church that night. He prayed with my roommate and I, then we went home.

Because it was an accident, no one said I was a killer. But in my soul, I knew I had crossed a line. I knew I had killed another human being. Everyone who met me had sympathy for me, seeing me as a kind of victim, but I did not feel like a victim. I felt like a perpetrator. I felt guilty. I wanted the police to arrest me, to throw me in jail, if only to confirm in my outside world what I felt inside.

And so, I went to church, Sunday after Sunday. Sometimes I went forward to pray about my little sins, sometimes to encourage someone else to go forward, and sometimes because I wanted to be sure I was giving my whole life to God. But, during those four years at Glen View Baptist Church, I never went forward because I was an accidental killer. I did not have the language for who I was or what I had done. My accidental killing drifted in this gray moral area between murder and an insurance claim.

After serving as an Army chaplain in Iraq, I read about an emerging concept called “Moral Injury.” If Post-Traumatic Stress Disorder (PTSD) is a medical and psychological disorder that happens when we feel our life is being threatened, moral injury is a spiritual condition that happens when we hurt other people or fail to help someone who is in crisis. If we get PTSD from being the “prey,” we get moral injury from being the “predator.” War is an upside-down moral universe, and so moral injuries happen often, even as soldiers simply follow orders.

There is another word for moral injury we often hesitate to use. That word is “sin.” We do not use the word sin in contexts of moral injury because sin has become so individualized in our culture. In fact, it is rarely used in a non-religious or non-dessert (sinfully-delicious chocolate) context in modern English. Moral injury accounts for the fact that evil is often done on our behalf, and evil can be something we participate in as communities. Much of the evil in the world is communally and state sanctioned. When it comes to moral injury, we truly know not what we do.

A Vietnam veteran shared in a moral injury group conference that he had participated in killing prisoners—a direct order from his superiors that would purportedly save American lives. In the moment it seemed like the right thing to do. Decades later he feels like he isn’t good any more.

It was through this lens of moral injury I began to examine my own moral injuries from the Iraq war. Invariably, this led me to that Sunday night in West Virginia when I became an accidental killer.

Every religious tradition has cleansing rituals for moral injury. Altar calls, baptism, confession and reconciliation, and penitential pilgrimages all have their secular counterparts. People with moral injury often seek paths to healing, many of which do not involve the Church. Marathons and other “suffer-fests” like Tough Mudders abound on Sunday mornings, but they never have a declaration, “Your sins are forgiven.”

I hope churches can reclaim this ministry of healing and restoration. I hope each church can help people connect the dots between moral injury and rituals of cleansing and reconciliation. We can do this through our teaching, preaching, and writing. We can get in touch with our own moral injury and bring those things to God.

David W. Peters served in the United States Marine Corps and in Iraq as an Army chaplain. Currently, he is a church planter in Pflugerville, Texas with the Episcopal Diocese of Texas. He is the author of “Post-Traumatic God: How the Church Cares for People Who Have Been to Hell and Back” (Morehouse Publishing, 2016).