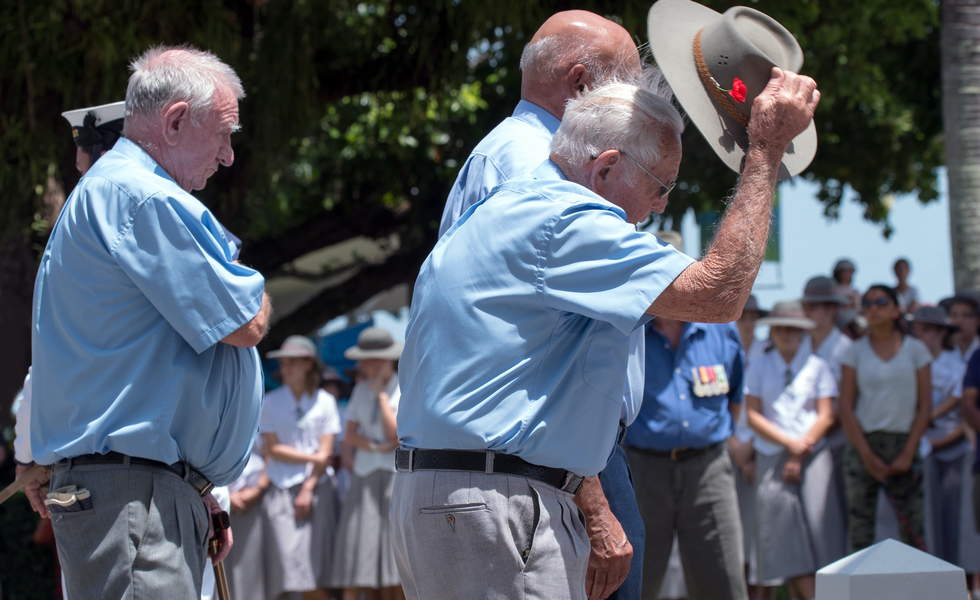 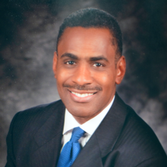 “For generations, millions of Americans have answered the call to serve — taking the sacred oath to defend and preserve our Nation’s ideals of liberty and democracy. These patriots represent the best of us,” said President Joe Biden in his 2021 Veterans Day Proclamation. He went on to say, “On Veterans Day, we honor their service, dedication, and valor and are forever grateful for their sacrifice.”

Veterans Day is a national holiday that is observed November 11 to honor veterans of the armed forces — Army, Navy, Air Force, Marines and Coast Guard — and those killed in the country’s wars. It was first observed as Armistice Day in 1919, marking the first anniversary of the armistice that ended World War I in 1918.

It became an official national holiday in 1938, and in 1954 the name was changed to Veterans Day to acknowledge those who had served in all U.S. wars.

My dad, Bernard Porter Sr., served in the Army, as did several of my uncles and cousins. They took pride in serving their country.

With my family’s military ties, Veterans Day has been significant to me; however, it has become even more meaningful over the years and especially since moving to the Hampton Roads area of Norfolk, VA. I have gained a deeper respect and appreciation for those who took the oath to “support and defend the Constitution of the United States against all enemies, foreign and domestic…”

When I reflect upon military service, I consider the words of Jesus, “No one has greater love than this, to lay down one’s life for one’s friends” (John 15:13). Veterans Day is a time to reflect on national service and sacrifice.

Contextually, in the John 15 passage, Jesus is preparing his disciples for life without his physical presence. He’s reminding his closest companions of the radical and transformative love that is required for those who accept the Gospel. He issues a new commandment that he has demonstrated. He’s referring to what the New Testament Greek language would call “agape” love — the “moral goodwill that proceeds from esteem, principle, or duty rather than attraction of charm.”[i] It’s divine love.

It’s love shown through service. Jesus’ life was one of service. The Gospels offer evidence of a man on a mission to serve. He’s serving in the villages, along the roads and in the synagogues. In fact, the Markan writer makes it clear that “the Son of Man did not come to be served but to serve…” (Mark 10:45). Jesus is always serving.

As Jesus was gathered with the apostles in the upper room, he offered yet another lesson on humble service by taking a towel and washing their feet (John 13:4-11).

With my family's military ties, Veterans Day has been significant to me; however, it has become even more meaningful over the years and especially since moving to the Hampton Roads area of Norfolk, VA. Veterans Day is a time to reflect on national service and sacrifice.

Serving one’s country in the military demonstrates undeniable service. This sense of service — some call it patriotism — is on full display in Virginia; there are 27 military bases in the Commonwealth and approximately 1 of every 10 Virginia residents is a veteran (approximately 800,000).

You can see and feel a palpable sense of patriotism in Hampton Roads. This area is home to one of the world’s largest populations of military personnel, with approximately 83,000 active-duty military personnel. It’s also home to the largest Naval base in the world and the only NATO command on American soil.

Veterans Day causes me to pause, look at my neighbors and among the congregation that I serve as pastor, and celebrate those who have honorably served by supporting the values and high ideals our nation declares as its aspiration. This year, it has become uniquely personal for me. I’ve been to the cemetery several times, burying some of the veterans among the congregation. All of them supported their country and demonstrated exemplary service.

I think about people like Wallace Green. He was a dedicated deacon at Queen Street Baptist Church and recently died at the age of 93.

He enlisted in the U.S. Marine Corps at 17, serving in the Korean and Vietnam Wars as a Gunnery Sergeant. He was awarded the Navy Commendation Medal Combat “V” for his service in the Republic of Vietnam. President Barack Obama awarded him the Congressional Gold Medal of Honor as a Montford Point Marine. The certificate of recognition reads:

“In recognition of selfless service and sacrifice, the United States Marine Corps proudly honors the legacy of the Montford Point Marines. From 1942 to 1949, nearly 20 thousand African-American men joined the Marine Corps despite harsh contradictions between fighting for democracy overseas and the denial of civil rights at home. After completing arduous and segregated basic training at Montford Point Camp, North Carolina, these Marines served with distinction in World War II’s most challenging struggles in the Pacific. Some made the ultimate sacrifice; others continue their service through Korea and Vietnam and back home in the continued fight for civil rights.”

Deacon Green served his country and his church because, like countless veterans, he sensed a high calling to serve.

In the Johannine passage, Jesus’ lesson on service is inextricably linked to sacrifice. Jesus’ message on humble service points to a willingness to “lay down one’s life for a friend.” The Good News translation reads: “The greatest love you can have for your friend is to give your life for them.”

Those who serve in the armed forces live in a paradoxical posture of surrender in order to protect us and uphold our nation’s democracy.

In times of peace or war, women and men in the military sacrifice their family time. The birth of a child. Baby dedications. Baptisms. Wedding anniversaries. The first day of school. School promotions and winter concerts. Vacations. Holidays. Basketball games and track meets. High school and college graduations. Funerals of family and friends.

They sacrifice comfort, convenience, and so much more. They can experience emotional and physical loss. Some of our brave veterans return home but find they have no shelter. As we listen to their heart-wrenching stories, we know the harsh realities of military conflict can render some veterans coping daily with PTSD. We know the intense anguish and vicarious trauma can last a lifetime. There is incalculable sacrifice that is associated with the immeasurable burdens of serving in the military.

One of my cousins, Dennis Ruth, was an Army staff sergeant who offered the ultimate sacrifice when he was mortally wounded in service in the Vietnam War in 1967. Dennis’ name is inscribed in the Vietnam Veterans Memorial monument in Washington, DC. He’s one of approximately 58,000 men and women who were killed or missing in action. They offered the ultimate sacrifice.

Returning to John 15, Jesus was preparing his disciples for the for the moment when he would give of himself on Calvary’s cross in order to save humanity. There is no greater love.

President Barack Obama was correct when he spoke about the sacrifice associated with our nation’s veterans. He said: “The person you pass as you walk down the street might not be wearing our nation’s uniform today. But consider for a moment that a year or a decade or a generation ago, he or she might have been one of our fellow citizens who was willing to lay down their life for strangers like us. And we can show how much we love our country by loving our neighbors as ourselves.”

The following prayer is offered by Sgt. Major Linfred Moore (Retired), USMC. Moore, a decorated Marine with two Purple Hearts, served 31 years, including tours in the Korean War and the Vietnam War. He has served in the Deacon’s Ministry at Queen Street Baptist Church since July 1985. He and Wallace Green were longtime friends, having met at Marine Corps Base Camp Lejeune in 1959.

Almighty God, we, the veterans of this nation and this community, are most grateful indeed to have had the opportunity to serve our nation in the defense of its people, their way of life, their freedom to worship and to pursue happiness. We are honored and grateful to protect them in war and serve them in peace. We pray that our sacrifices and service have made a positive difference in their lives, and the life of our nation.

We lift up to you, O Lord, our leadership, both civil and military, for your anointing. We pray that they would seek your wisdom and guidance while making national decisions and the causes we fight for would be just in your sight, and bring about equal justice, equal rights, and freedom to praise our God, and bring about true community in our nation and around the world.

Lord, we pray that our people will understand and accept those of us who served in the military. Life has a special flavor that the protected can never know.

Lord, we pray that those who continue to serve will do so with a special commitment to God and country, and that peace, prosperity, righteousness, justice, and freedom will come. Lord, we pray that our cause will always be just and that our sacrifices will not be in vain.