Just When Is The Light Supposed To Break Forth Like The Dawn? 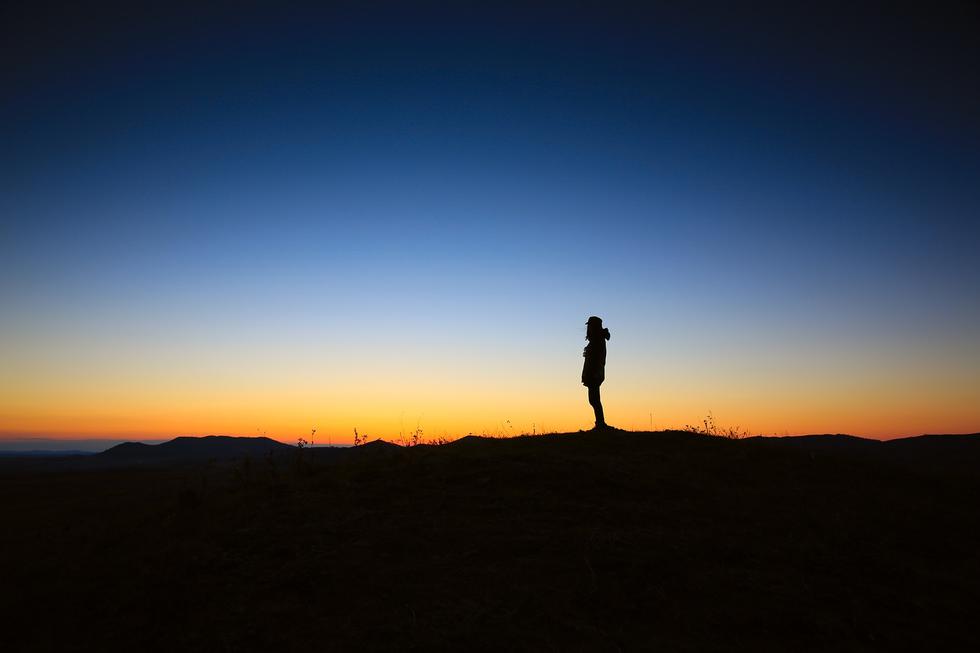 “Then your light shall break forth like the dawn, and your healing shall spring up quickly; your vindicator shall go before you, the glory of the Lord shall be your rear guard.” (Isaiah 58:8 NRSV)

As I was leaving a visit with my parishioner, Muriel, and standing in the doorway, she said “When I watch TV news, it feels like evil is winning.” That caught me off guard. How do you discuss hours’ worth of systematic theology while you are buttoning up your coat? But I had to answer with something. So, I responded with Jesus’ I AM statement from the Gospel of John: “I am the light of the world. Whoever follows me will never walk in darkness but will have the light of life.” (John 8:12 NRSV) I tried to reassure Muriel that no matter how bleak things appear, the darkness will not overcome the light. Now, years later, I think my best intentions were misguided. I think I was wrong. What are we to say when leaders of a nation, society or culture seem to promote darkness rather than light?

Today in the United States we experience a president who behaves less maturely than a five-year-old, a Supreme Court tilting so far to starboard that it could capsize, and a Congress which is held in lower respect than almost any other occupation, although there may be some new hope on the horizon. Our planet is threatened by human-caused climate change, yet many in our top leadership positions deny science and assign responsibility for the henhouse to foxes. Many citizens feel so helpless, harassed or depressed that they cannot stand to watch the TV news anymore. Perhaps Muriel was correct: it feels like evil is winning.

Like John, the prophet Isaiah proclaimed, “Then your light shall break forth like the dawn, and your healing shall spring up quickly.” Light may have eventually dawned years after the Holocaust or South Africa’s apartheid, but that gave small comfort to those who suffered tragic loss, pain or death. For a long time, darkness prevailed—and there are signs today of a pervasive evil in our land. The hundreds and maybe thousands of children dragged away by the U.S. government from their migrating parents seeking to fall into the arms of the Statue of Liberty may find little relief from words about darkness not overcoming the light. The millions cascading down out of the middle class while the upper one percent increases their wealth geometrically may rightly wonder just when is the light supposed to break forth? Perhaps not in time to do them any good.

Consider when Jesus spoke these words about being the light of the world and how “Whoever follows me will never walk in darkness but will have the light of life.” When Jesus entered the world, an evil-minded Herod ordered all young children to be killed in order to hopefully eliminate Jesus. “When Herod saw that he had been tricked by the wise men, he was infuriated, and he sent and killed all the children in and around Bethlehem who were two years old or under, according to the time that he had learned from the wise men.” (Matthew 2:16 NRSV) This is the dark side to Christmas which rarely, if ever, makes it into the annual Christmas pageant. Thirty-three years later, leaders of darkness sought and obtained Jesus’ death. How would you explain to someone that the Light of the World was sent by God to our planet, and we killed him? You couldn’t blame the earliest followers of Jesus for questioning just when the light is supposed to break forth like the dawn.

When Jesus refers to being the light, perhaps he is not applying this to political, social or cultural experience but to something else. But what? He speaks in metaphor, uses figures of speech and frequently employs Middle Eastern teaching techniques like hyperbole, parallelism, patterns and parable. How are we to understand? Perhaps when Jesus spoke about the darkness not overcoming the light, he was not speaking about a nation’s politics or governance.

Perhaps when Jesus spoke about the darkness not overcoming the light, he was not speaking about a nation’s politics or governance.

Jesus came into the world to bring us the good news and to teach us the truth about God. That is the light. When John began his gospel, he talked about the mind of God becoming flesh and dwelling among us to enlighten us. “The true light, which enlightens everyone, was coming into the world.” (John 1:9 NRSV)

When Jesus said, “Whoever follows me will never walk in darkness but will have the light of life,” notice the pronoun: whoever. This is personal. This applies to you, me and anyone who follows him. Our following him, which is good news, is not likely to be shown on TV news. It is the nature of TV news for viewers to witness more darkness than light. It is also the nature of TV news to focus disproportionately on politics and politicians. Jesus was speaking personally: whoever follows me. He was not speaking politically or culturally. He did not say that when the light of the world arrives, our politics and society will change dramatically for the better. In many cases, it has not. However, when the light of the world arrives, the light has the potential to change people, and people have the potential to change society and culture for good. The goal for people of faith is not to make our nation great again, but to make our nation good again. Therefore, how extraordinarily critical it is for followers of Jesus to let their lights shine, especially in the darkest of places and at the darkest of times. A critical mass of followers who reflect God’s radiated light become a model and a warm glow when it is needed most. They serve as an example of the best of people aspiring to the goals of love, joy, peace, patience, kindness, goodness, faithfulness, gentleness and self-control – the fruit of the spirit.

Our following Jesus, which is good news, is not likely to be shown on TV news. It is the nature of TV news for viewers to witness more darkness than light.

Do not let the TV news or even national leadership going in the wrong direction draw you into darkness. Welcome into your soul the light of The Great I AM and trust that “Whoever follows me will never walk in darkness but will have the light of life.”