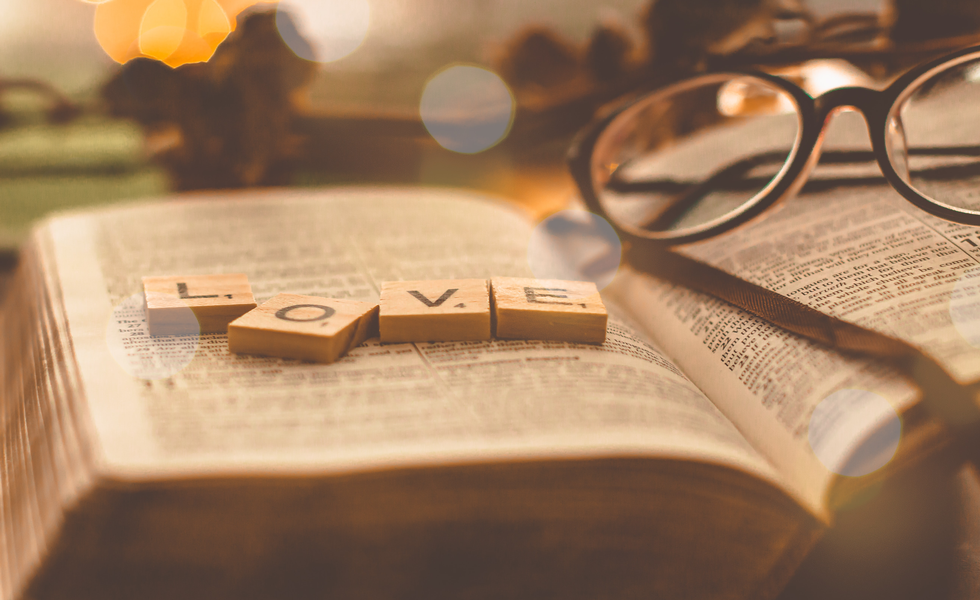 The stale, automated, irritatingly repetitive music loop had burned itself into my brain after more than two hours on hold one morning in October. My mind kept drifting back to why I was on hold in the first place, “seeking forgiveness” at the age of 60, for student loans already paid back but still due because of the never-ending accruing interest on the loan balances.

Twenty years ago, on the eve of starting seminary at the age of 40, I received a phone call at home a Saturday night, which back then was unusual.

I picked up the landline:

“Yes, how may I help you tonight?” I asked, thinking at first that it was a telemarketer.

“This is Sallie, from the [denominational women’s] scholarship committee.”

Why was Sallie calling me at home on a Saturday night? I knew Sallie because her group had awarded me a competitive, generous academic scholarship to seminary. With that scholarship in hand, I was able to enroll at MTSO (the Methodist Theological School in Ohio) and would be starting classes that Monday.

I waited, auditorily enveloped in that stale recorded music loop, to find out if I was going to have to take that monthly student loan payment to my grave. In which case, it was still worth it, because I have already paid my “debt.”

As the 40-year-old mom of a toddler making a risky mid-life career change, I knew funding the three-year, full-time Master of Divinity degree would be costly. Not only would I be leaving the practice of law and my ability to earn a living, but there were also the additional expenses of raising a child with special medical needs. So, I did all the research to find a way forward – including attending a local, accredited seminary so I could commute from my home in Granville, Ohio to the seminary in Delaware, Ohio, and applying for various scholarships to cover the expensive tuition cost.

And one of those scholarships, an important one for my future, was from Sallie’s group.

“I have an update for you about the academic scholarship. When we awarded you the scholarship – well, unfortunately we didn’t realize that you attended THAT American Baptist church in Ohio.”

“So, Gini,” she continued, “we had a meeting of the scholarship committee to decide what to do because we know you are married and have a child” (code for their understanding that I was a straight mom).

“We decided on a compromise that works for us, and one that we hope will work for you.”
Astoundingly, she continued:

“Gini, if you are willing to publicly affirm for me now that you believe (in contrast to your church) that ‘homosexuality is incompatible with Scripture,’ you may keep the scholarship. If you are not able to make that attestation, we will pull the scholarship.”

The scholarship I needed to cover my tuition for the classes that started in a day.

Time stopped in that ethical moment.

An ethical moment when I remembered exactly why my husband and I had been relentless in our search for a home church that welcomed our gay friends and family.

An ethical moment when I remembered my friends and the loving people I lost during the AIDS epidemic.

An ethical moment when I remembered that a key reason I was headed to seminary was to better equip myself to teach through and lead into the creation of safe theological and spiritual spaces for gay, trans, queer peoples and to advocate faithfully for their rights as an effective religious ally in a right-wing world of hate.

So, in that ethical moment, I inhaled deeply, my feet rooted to the aging blue carpet in my home office. I told Sallie I would not say what her organization wanted me to say. I could not disavow my gay, trans, queer siblings in the family of God, even though it would mean significant financial hardship for my family as I pursued the M.Div. degree.

Sallie seemed shocked that I couldn’t accept the “compromise,” as she apparently had been one of the women who had proposed a way forward for the scholarship committee. In a way, I felt sorry for her because she had definitely drawn the short straw in making the call that night, and because her way forward through this ethical dilemma was, in fact, no way at all.

The call ended uncomfortably but politely, after which I trudged to the kitchen to tell my husband that, in addition to giving up my legal career, I now had to undertake significant student loans to pay for my new profession.

This was not an easy decision, but it was the right one. It remains critically important that we educate and train Open and Affirming clergy in our denominations and in our churches. Yet as I personally experienced two decades ago, money is and continues to be used in a myriad of ways to silence emerging progressive faith voices.

So back then, I resisted the “common wisdom” about money, I undertook those student loans to pay for seminary, as I learned and grew in ministry while also raising my young daughter.

And I would do it again.

Even though, 20 years later, I am still on hold with the loan servicer to determine the status of my request for PSLF student loan relief under the Biden Administration, loan relief that was not previously available to clergy until recently.

Even though I have more than paid off my student loans, plus interest, many times over due to predatory student lending practices, as so many other student loan borrowers have experienced.

Even though I never once missed a loan payment, no matter how tough a month it was.
So I waited, auditorily enveloped in that stale recorded music loop, to find out if I was going to have to take that monthly student loan payment to my grave. In which case, it was still worth it, because I have already paid my “debt.”

Thanks be to God.

Rev. Virginia (Gini) Lohmann Bauman (J.D., M.Div.) is the senior pastor, St. John’s United Church of Christ in Columbus, Ohio. She is ordained in both the ABC/USA and in the UCC.