The Other Side Of Life 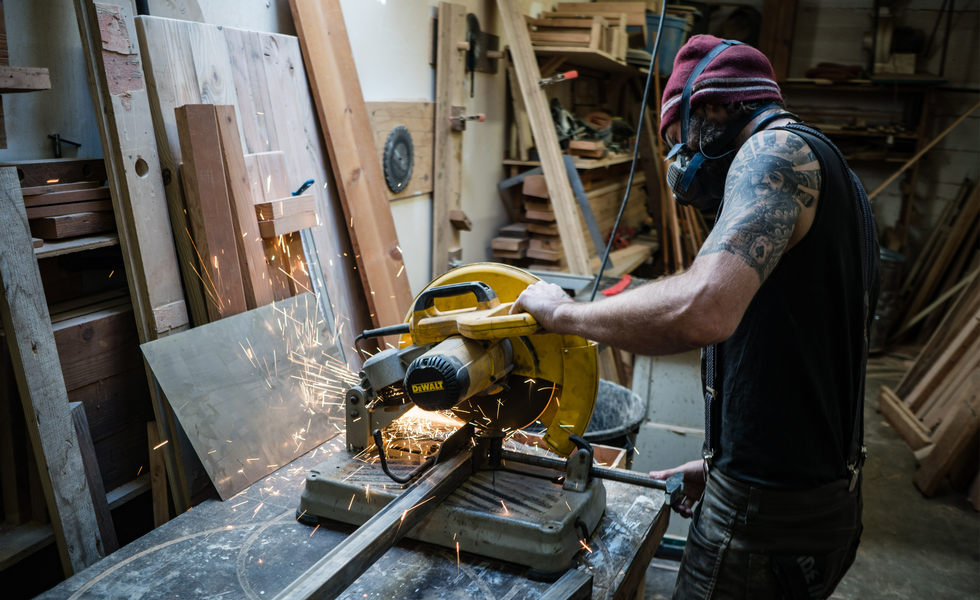 I was having lunch with a friend this week, and she asked me how I was doing spiritually. While that might seem like an out-of-the-blue (or hyper-spiritual) question, those of you who have read some of my previous posts know that I’ve been on a spiritual journey for the past year and a half, deconstructing and trying to reconstruct my faith.

That reconstruction process hit something of a pause during the whirlwind that was my summer. I spent an unplanned a week and a half in Chicago for my cousin’s funeral followed by another week and a half in Oregon and Washington for my wife’s family reunion. Two days later I was off to DC for a physically and emotionally exhausting 10 days to get a rental property we own there ready to sell. I had a week back home in southern California before making an unexpected trip to Chicago, where I had the honor of officiating the ceremony for my parents’ remarriage after 14 years of their having been divorced. We left Chicago Saturday after the wedding to make it back in time for our niece’s baptism on Sunday morning.

By the time church was over I was exhausted. Turns out it wasn’t just the travel but also the Covid I had unknowingly caught. I recuperated for a week before going back to work where we were on a deadline for a big project, which just wrapped up with 8 days straight of early mornings and late nights.

I don’t think I’ve mentioned it here before, but for the past few months I’ve been working for a fabrication company. If you want something that you can’t buy at Walmart or order off of Amazon, we create it. Some of our recent projects include stylized shelving units for a toy company, a custom mic stand for a musical artist, and an animatronic coffin for a theme park. I cut, paint, sand, scrape, patch, and build using wood, plastic, metal, press board, glue, screws, staples, and Bondo. Lots and lots of Bondo.

The long answer to my friend’s question was that between the nonstop travel, emotional life events, and hectic work schedule, I haven’t really engaged much with these big ideas about life and faith.

Prior to becoming a pastor, I worked in politics. Both occupations revolve around philosophical and theological questions. By contrast, fabrication doesn’t involve quite the same level of reflection on current affairs or the meaning of life. I work with some smart and world-wise people, and we certainly discuss some deep topics when conversation isn’t drowned out by the din of power tools. But they aren’t the lifeblood of our work.

For those who are in fields where big questions about life and meaning are constantly at the forefront–like I was until recently–I think it’s easy to overlook just how often the concerns of everyday life take center stage over philosophical ideals. It’s easy to think that everyone should be just as concerned about these eternal questions as you are, but the reality is that they’re usually not.

Truth be told, I’m enjoying having a bit of daylight between life’s big questions and my day job. I’m enjoying not having my faith, my workplace, and my friendships all wrapped up in one. Something I recognized long ago was that having my job centered around my faith was actually detrimental to my own relationship with God. It resulted in mixed (or at least unclear) motivations. Was I engaging spiritually because I had to/was supposed to or out of a true love and desire to know God better? When I did something wrong it made me feel ashamed and hypocritical, even though I never claimed or pretended to be perfect. If I had a question or a concern or a doubt, I had to be very careful about when, how, and with whom I shared it.

There’s been a real freedom in stepping out of vocational ministry. I’ve still got many of the same problems I had before. My life isn’t perfect, and I’m not perfect. But I’m more at peace than I’ve been in a long time.

I’ll get back to the thinking and wrestling and pondering soon enough. It’s too much a part of my nature for it to simply go away. But for now, I’m enjoying just being where I am, doing the things that I’m doing, and living my life day by day.

If that’s you, if you’re maybe a little too wound up in all of the problems facing the world or the never-ending mission of the Church, maybe it’s time to step back, take a breath, and remember that while God gave us big, important, meaningful work to do, he also gave us a big, beautiful world so we could enjoy our lives.

Photo by Sherman Yang on Unsplash