Church At The Wall: Stories Of Hope Along The San Diego – Tijuana Border 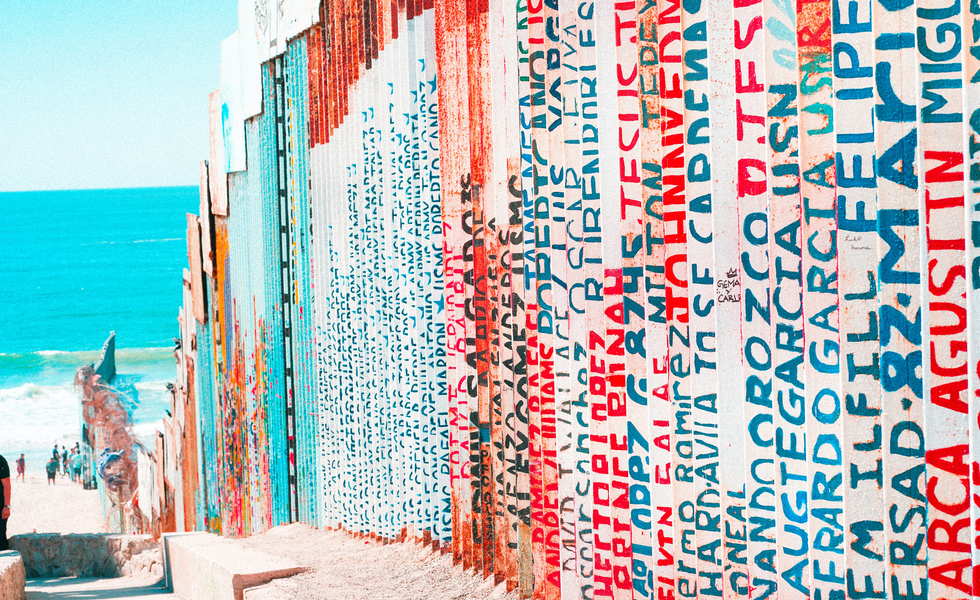 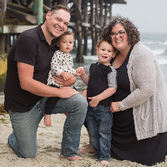 Guillermo Navarrete is the lay pastor on the Mexican side of our one-wall church. His daily life, more than that of any other person on earth, is dedicated to this congregation’s unique work and the variety of ministry opportunities it affords at and near the border.

Guillermo tells me about the impact the border has on the region he now calls home, including the personal impact of an expiring visa when he did not have the money to renew it. Because of his previously defunct documentation, he spent eleven years unable to cross the border. He thanks God that he received his visa again in 2019, especially since a visa is indispensable for the Border Church’s binational work. Guillermo is happy to now have the privilege to cross, and he believes his experience helped him understand what Tijuana is like apart from San Diego.

As an engineer, Guillermo is always categorizing things. For him, three types of borderland people make their way in the region. One is a Tijuanense who cannot cross, another is a Tijuanense who can and does cross, and the final is a US citizen who can cross freely. The inequality seen in these three groups is palpable and heartbreaking.

Though the word may ring harsh in certain contexts, Guillermo is apt to discuss the “obligations” of Tijuana and San Diego residents., “all people have rights, by virtue of the fulfillment of the obligations, as a resident of any city, state or country.” In our conversations, Guillermo leads us back to how many people in Tijuana can’t meet their obligations. He also discusses how many people live in the area without legal residency and how he views that as a critical social problem. He says of undocumented people living in Mexico: “Without personal identification documents, [they] roam the streets in search of opportunities that, without social support, divert their good intentions and take actions against the good living of society.” He believes this societal crisis started about 20 years ago. Before then, migrants came alone or in small groups, but now they come in “a long line,” causing social problems.

Part of the problem, as he sees it, stems from binational border enforcement policies. Guillermo remembers 40 years ago when the border was effectively open. Since then, however, “they enforce more and more.” After the terrorist attacks of September 11, 2001 and the creation of the Homeland Security Department, the way the US has attended to the border has caused an increasingly devastating “social problem” on the Mexican side. Guillermo and I both see the lack of justice from our different sides, and our hearts break over it together.

Guillermo speaks about personal responsibility, contrary to how it is often described. Because the migrants aren’t officially residents and therefore can’t meet their responsibilities to the government, the government does not recognize them. Describing the situation of the homeless people in this situation, he says: “On a daily basis, the police take them into custody for about 72 hours, to investigate them. Finding nothing, they are released back out onto the street.”

Guillermo has also told me that in Tijuana, homeless people have two rights: the right to medical care if wounded on the streets and the right of their body to be picked up by a coroner when they die. He is not speaking of legal rights per se but the grim realities of these marginalized people receiving the barest of medical and mortuary care as they live and die.

After Guillermo’s heart was moved by the injustices he witnessed, he began working in local congregations. Yet, he was unhappy with the internally focused, “implosive” work and stagnant growth models of the churches he worked with. This eternally inward focus of local churches was exhausting for him. Instead, he wanted to leave brick and mortar buildings to aid others in an “explosive” way. When missionary friends began coming down to Tijuana for communion at the wall, Guillermo found himself invited not merely to a church service but also to pick up and drive people from out of town to see what was going on at the border.

What he witnessed opened his heart and mind: “It was a shocking thing to learn what migration was all about, and we ended [up] at El Faro” for a church service. There, he found a company of people who had a keen desire to meet the physical and spiritual needs of displaced persons impacted by migration patterns and immigration laws. Essentially, the Border Church has a community of people who want to accompany anyone in need of “bread” along the way.

Guillermo thinks God leads people into the church, but he only sees models he describes as: “Recycling, recycling, recycling.” The recycled leaders lead, according to Guillermo, too many other leaders with too many thoughts. Since there is not more to do, he thinks these leaders just fight one another, which eventually leads to division. He reminds me that God does not divide but instead multiplies, while people cause division instead of getting outside to multiply their efforts.

Guillermo contrasts the example of the divisive and internally-focused church with the Border Church. He tells me: “Let’s start at the bottom. The bottom for me is Jesus.” What does that mean? For Guillermo, it means that Jesus only went to the temple three or four times during his three years of earthly ministry. So, where was Jesus? Guillermo says he was on the roads, on the hillsides, and at the beach; he was with the people. Guillermo sees his appointment as one that is outside with the migrants. Here, he can simply ask people if they are migrants and figure out how he can accompany them.

The English word accompany and its Spanish cognate acompañar originally come from late Latin (the English version by way of French). [i] In Latin, like in Spanish, the prefix a means “to” or “toward.” What English held onto in words such as accompanist, company, and companion was com. Spanish has the similar con as both a lone-standing preposition and a prefix meaning “with.” Finally, the Latin panis and its shortened Spanish descendent pan both mean bread. This is not how a language professor would describe the term, but to accompany/acompañar an object has a real sense of sharing bread with it. As such, when we accompany/acompañamos a person or group, we are sharing “bread” with them. This is such a fitting understanding for what Guillermo and his companions at the Border Church do in a physical and spiritual sense. It’s an essential part of the basileia spirit.

Guillermo sums up the works and the acts of worship we perform at the Border Church as doing “the will of God,” his key practice for Christian life. To him, each Sunday is different because different people come every week. The ambiance changes. Sometimes, there are many tears, like when a man hired a trio to sing through the fence to the wife he cannot embrace. Other times, the atmosphere is tense, such as when Guillermo’s deported friend had a cold interaction with a suited-up American who turned out to be a lawyer serving divorce papers. Even in those challenging situations, there is an overarching sense of solidarity on the Mexican side of the fence.

Accompaniment is a vital part of that obedience for Guillermo. His heart is with the homeless migrants and deportees first and foremost. For him, accompaniment means holding them, listening to them, and learning from them.

In the work of justice—or any other faith-based work for that matter – knowing the purpose of the work is crucial to doing it well. Why are we helping these people in the first place? What is our end goal? What are the required benchmarks? Scripture offers many possible starting points for such questions. There’s the good news of God’s reign (Matthew 10:7), help for the marginalized as succor for the Messiah himself (Matthew 25:40), and being witnesses of Jesus moving about the earth (Acts 1:8)—to name a few. From there, plan a road map based on your community and core strengths.

Our mission statement at the Border Church is “to follow Jesus and seek the reign of God by breaking bread along and across the San Diego-Tijuana border.” From there, we contextualize biblical motifs related to the basileia and use this mission as a road guide along our way to the ministry’s vision, which is “That God’s love would reign over the US-Mexico borderlands so that all people, sitting together at a common table, would experience heaven on earth.” So, not only is the mission founded upon God’s basileia, but the vision aims to broaden the experience of the basileia for many in this place.

Adapted from Church at the Wall: Stories of Hope along the San Diego-Tijuana Border by Seth David Clark. Copyright ©2021 by Judson Press. Used by permission of Judson Press.

Photo by Barbara Zandoval on Unsplash