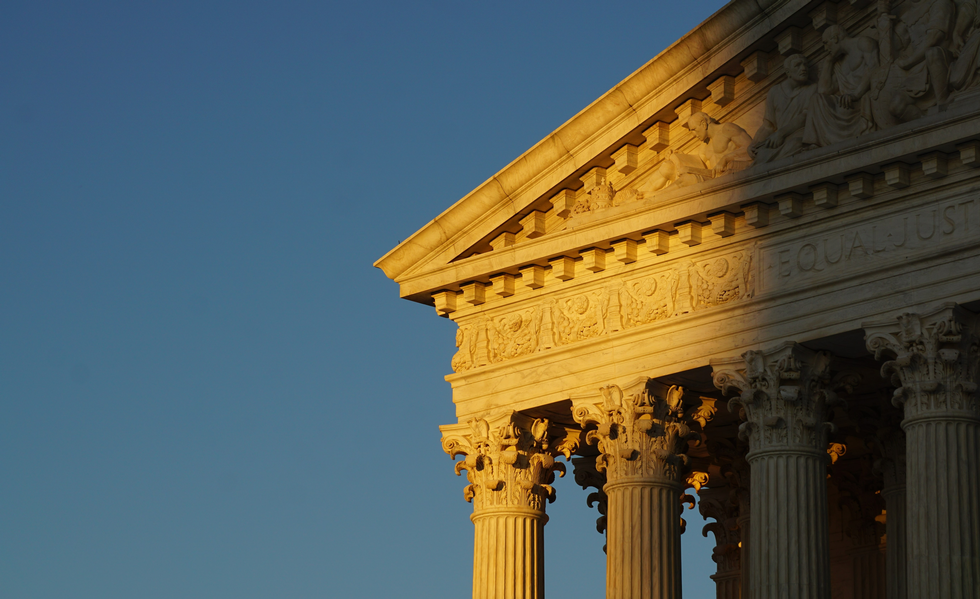 The U.S. Supreme Court’s term that ended in June 2022 has been described as one of the most consequential in history. There were major changes in many areas of law, not to mention a leaked opinion, threats of violence, a security fence erected around the Court, and a retirement. In addition to decisions that made an immediate impact on abortion access, gun regulation, and environmental protections, two important cases reflect an ongoing shift in church-state law.

Like many of the more high-profile cases, these two cases were decided by a vote of 6-3. The opinions suggest increasingly significant differences between the conservative majority and the liberal justices about the meaning of religious liberty. Both cases involve schools, which generated a lot of public interest. Because the cases implicate two broad areas of church-state law – government funding and religious expression – the decisions are also likely to have an impact far beyond the settings in which they arose.

First, in Carson v. Makin, the Court held that the state of Maine could not exclude religious schools from a tuition assistance program that allowed access to a state-funded education through private schools. The case was brought by families who live in rural school districts that do not have their own public schools but receive the benefit of a state-funded education through a program that provides tuition assistance for students to attend approved schools. One of the state’s criteria for participating private schools was that they are nonsectarian, which  is consistent with the state’s public school standards. The parents who sued wanted to send their children to private, religious schools at state expense.

Twenty years ago, the Supreme Court upheld a state-funded voucher program that was intended to give parents a broad range of school choices including religious schools. The Zelman v. Simmons-Harris decision in 2002 allowed state funding of religious education directed by parents and was upheld against an Establishment Clause challenge. At that time, none of the justices suggested that states were required to include religious education.

The Carson decision, however, follows a recent line of cases rejecting “no establishment” principles and holding that the Free Exercise Clause prohibits discrimination against religious institutions in government funding programs, regardless of whether the program is designed to avoid government involvement in religion. In both Trinity Lutheran v. Comer (2017) and Espinoza v. Montana (2020), the Court rejected state efforts to avoid funding religion: one excluded religious institutions from participation in a grant program for playground improvements and the other involved a tax credit program to fund private scholarships. Despite state constitutions that prohibited tax support for religious institutions, the Court held that the states could not exclude such entities based on their religious status. In Carson, the Court went further, striking an exclusion that was more clearly geared to avoid state funding of an explicitly religious use: religious education.

Though the Court’s decision does not require states to fund religious schools absent a program that funds other private schools, it allows more opportunities for state funding of religious institutions, reducing expectations for the separation of church and state. The Court majority ignores the distinctiveness of religious education that has historically justified its different treatment and ensured that the state will not interfere in essential religious matters. While the Carson decision is a win for those who support access to government funding for religious entities, it presents a new dilemma for religious institutions. The religious schools that inspired the litigation in Maine have practices that conflict with state standards regarding admission, curriculum, and employment, and many have already declined participation in the government funding program.

The same 6-3 majority issued a decision in Kennedy v. Bremerton a few days after the Carson decision. The Court held that a public high school football coach had a free speech and free exercise right to pray on the 50-yard line after games, and that the facts did not support a violation of the Establishment Clause, as the school district argued. The Court’s ruling rested on a narrow set of facts after the coach had been disciplined and stopped leading religious practices with his players The Court dismissed the contention that the coach’s prayers at midfield were a continuation of his practices or an endorsement of religion by the school. Instead, the majority stated: “The contested exercise before us does not involve leading prayers with the team or before any other captive audience.”

Viewed on those facts alone, the decision may be explained as simply upholding a line between individual prayer that is protected by the First Amendment and government-sponsored prayer that is prohibited by the same amendment. The decision certainly provides no support for official school-sponsored religious practices. Nor does it support religious exercises by school officials that expressly coerce student participation.

Yet the opinion fundamentally changes expectations about how the government protects religious liberty. Justice Neil Gorsuch’s majority opinion didn’t engage the important school prayer cases that have provided guidance to schools for nearly seven decades. It didn’t address the distinct roles and relative positions of influence of students and teachers that should matter in this school context, as urged in a BJC-led amicus brief in the case. Instead, the Court explicitly abandoned the long-standing Lemon test often used in Establishment Clause cases. That test from a 1971 case has helped avoid government interference in religion by requiring that government actions have a secular purpose and a primary effect that neither advances nor inhibits religion, and it requires that the government avoids becoming entangled with religion.

Leaving lower courts with little guidance (other than reference to “historical practices and understandings”), this Court is reshaping religious liberty without deference to principles that have protected it for decades. Whether its approach results in greater conflict over religion or simply more religion in government spheres seems something the Court is willing to risk.

Holly Hollman is general counsel and associate executive director at BJC. A version of this article appeared in the Fall 2022 edition of BJC's magazine Report from the Capital.

Photo by Ian Hutchinson on Unsplash