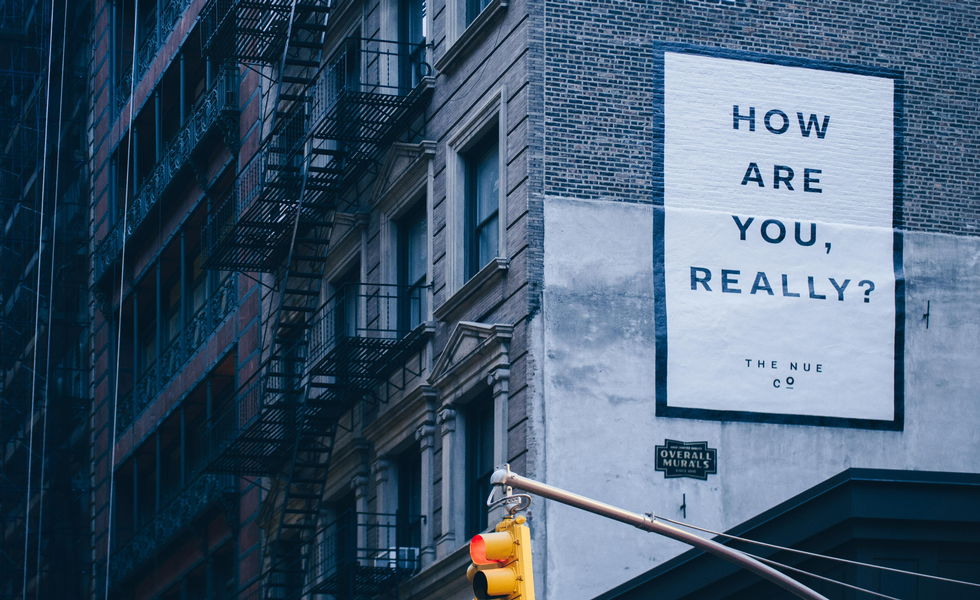 How’s it going? We offer this greeting as we pass someone in a corridor at work or in the narthex of the church. Rarely do we pause long enough to hear the answer. The late great John Prine captures the way most of us respond to such a question with the lyric, “Pretty good, not bad, I can’t complain, but actually everything is just about the same.”

The prophet Haggai said God asked the people of Jerusalem “How’s it going?” in 520 B.C. His exact wording was “Consider how you have fared.” (Haggai 1:5) God wanted to prompt the returning exiles to reconsider their decision to put their limited resources into rebuilding their homes and businesses while neglecting the rebuilding of the temple: “These people say the time has not yet come to rebuild the Lord’s house . . . Is it a time for you yourselves to live in your paneled houses, while this house lies in ruins?” (Haggai 1:2, 4)

Israel had been through a horrendous time. Their way of life had been disrupted and thousands of their fellow citizens had died. They had been exiled to Babylon, away from everything that was familiar to them. Finally, after seventy years in captivity, thousands of former residents of Jerusalem were allowed to return home. Yet though the exile had ended, the people’s way of life had not returned to pre-exilic patterns. Instead, the country languished under a drought that had caused the desert to claim much of their farmland. The drought had caused prices for food, land, housing, and essential goods to skyrocket. Inflation engulfed their economy. In addition, historic enemies were opposing the rebuilding of their systems of defense. Lastly, their political and religious leaders were unable to come up with answers to the nation’s problems or inspire the people to do what was necessary to prosper once again.

In post-exilic Jerusalem, God answered the question without waiting for a reply. The Lord said, “You have sown much, and harvested little; you eat, but you never have enough; you drink, but you never have your fill; you clothe yourselves, but no one is warm; and you that earn wages earn wages to put them into a bag with holes. . . You have looked for much, and, lo, it came to little; and when you brought it home, I blew it away.” (Haggai 1:6, 9)

This all sounds painfully familiar. We offer similar observations of our own pandemic-affected lives. We work long hours but find the rewards for our efforts lack meaning. We consume enormous amounts of food, drink, and material goods but never feel full, at least not grateful, joyful, peaceful. We open closets crammed with clothing and say, “nothing fits, nothing suits or satisfies.” Our expectations of what we should get out of life keep rising, but we rarely find they are met. “How’s it going?” Not so good.

The remedy, according to Haggai, was for the people of Israel to prioritize the rebuilding of the temple. They had begun rebuilding in 538 B.C. but then the drought came, inflation hit, the Samaritans attacked, and their leadership faltered. All construction halted. Sixteen years had passed, and the temple site was nothing more than a jumbled layer of rocks. With the temple in shambles, the market became the center of their society, replacing the worship of God with the buying and selling of goods and services. Material prosperity had become far more important to the people of Israel than spiritual well-being. They turned their energies to building their own homes and left the house of God in ruins.

With the market at the center of their communal life instead of the temple, every aspect of life had deteriorated, thus prompting God to ask, “How’s it going?” Anticipating that the people of Jerusalem would acknowledge that life was not going too well, the Lord instructed them to “Go up to the hills and bring wood and build the house, so that I may take pleasure in it and be honored.” (Haggai 1:8) God told the people of Israel to put the worship of God back in the center of their nation and life would improve for all.

We might be tempted to apply these words to our own nation. “If only people would put the worship of God back at the center of our national life instead of the market and material wealth,” we might conclude, “then God would bless us once again.” Caution is advised to such an interpretation because there is a major difference between our nation and the nation of Israel. Israel was, on paper anyway, a theocracy. The nation and the community of faith were one and the same. That is not true of the United States of America. The United States is a democracy, on paper anyway, that values diversity and protects individual freedom to follow any religion or no religion. We can’t resolve controversy by quoting our holy book and demanding that everyone else obey what we believe God has told us. The United States is a nation, not a community of faith.

Haggai’s prophecy is for the community of faith. In our case, his words are for the church of Jesus Christ. In most cases we are back to school, back to work, back to the arenas and stadiums, but not back to church. Couldn’t God justifiably observe, “These people say it is not time to rebuild the community of faith and yet rebuild all other aspects of their lives. How is that decision going for you?”

Dr. Elizabeth Achtemeier asks in her commentary on Haggai, “Cannot the God of the Bible be found anywhere at any time?” If so, we might wonder, why prioritize the rebuilding of the community of faith? To paraphrase a great Doctor of Literature, we can meet God in a house, we can meet God with a mouse. We can meet God here or there, we can meet God anywhere. (My apologies to Dr. Seuss). So why concern ourselves with rebuilding the church? Achtemeier answers her own question in somewhat surprising fashion. “The testimony of the entire canon, and of Haggai in particular, is that the Lord of Hosts is not everywhere and at all times available to human beings. . . This God of the Bible localizes himself. In great condescension, the Lord of Hosts rends the heavens and comes down and dwells in the midst of his people. And he sets apart and makes holy the temple, the symbol of that dwelling.”[i]

If Dr. Achtemeier is correct, and I believe she is, we have incredible news to celebrate. The God of creation has issued an invitation to all who claim the church as our spiritual community to leave lesser things behind and meet with the Almighty in a specific place as we engage in specific acts of devotion. We have received a holy invitation to meet with the living God in the reading of the word, the prayers of the people, the singing of the hymns, the preaching of the text, the fellowship of the saints and the sharing of the bread and the cup. May we receive this invitation with great joy and devotion to the full rebuilding of our community of faith.

Photo by Des Récits on Unsplash