On Getting Into Pokémon Go In 2022 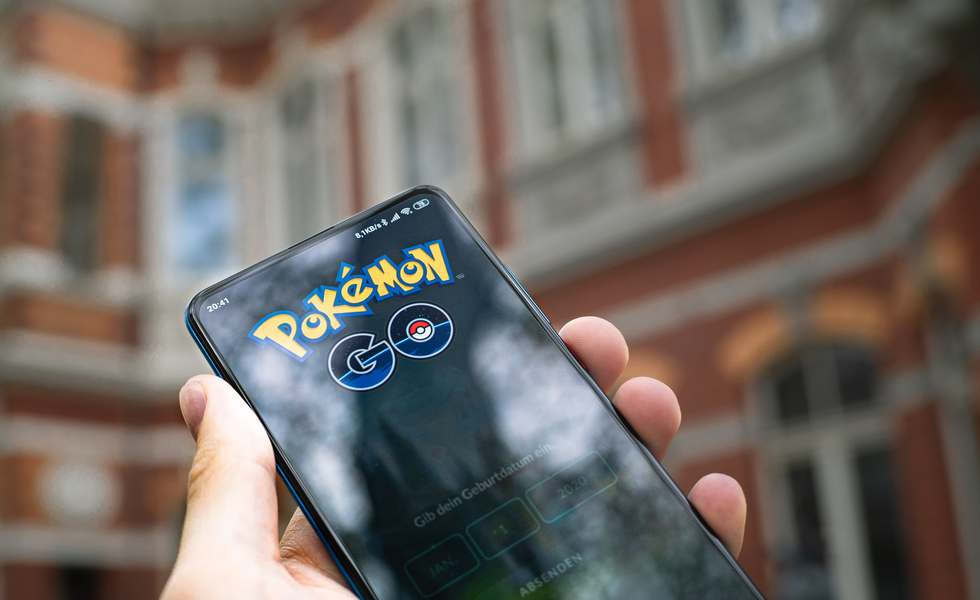 On March 5, 2022, after a six-year hiatus, I logged back into Pokémon Go. The initial buzz about the game was thrilling, but as someone who mostly left video games behind in his 20s, I hadn’t persevered.

I remember downloading the game when it first came out and had intended to stick with it. It’s the exact kind of gaming format for someone like myself because it involves movement and real-world engagement. I’m fascinated by augmented reality.

At the time, our church thought about the game as a way to interact in creative ways with our community. We put out a water station near our church Pokestop in 2016, talked about the phenomenon on the local NPR affiliate, and then promptly moved on to other entertainments.

In between, I periodically thought about downloading the app and getting back into the game, but never did. I watched a few Pokémon movies with the kids, sat nearby as they played a couple of the games on the Nintendo Switch, and even collected a few cards.

So, why did I jump back in? Well, this past March was the two-year anniversary of the onset of the COVID-19 pandemic (at least for the United States) and photos had been popping up in my social media feeds of our last trip to Washington D.C. advocating for refugees just days before everything closed. Perhaps I needed some type of escapism and Pokémon Go fit the bill.

For those who are unfamiliar with the game, here are the basics. Pokémon Go is an augmented reality game, which means it overlays a game map onto the world map. As you move around physically in the real world, you also move around in the game. Your avatar moves on the map, and travels with a Pokémon (your Buddy).

The map on Pokémon Go is pretty reliable. I’ve used it for hiking and finding my way around in new cities. It also highlights rather accurately sights of interest in the geographical area you in which you find yourself. The original game designers designated certain locations as either Pokestops or Gyms.

A stop is a photo disc on a pole you can click and then spin. It shows you an image of the historical marker, art installation, church, or other location, and then distributes some bonuses to your Trainer. The Bonuses are items like Pokeballs, potions (to heal your Pokémon after battles), gifts and stickers to share with your friends in the game, eggs (which hatch as new Pokémon), and fruit (which you can use to encourage Pokémon to be more easily caught).

Gyms are interactive spaces. They can be claimed by one of the three factions in Pokémon Go (instinct, valor or mystic) and if claimed by that faction, anyone in that faction can leave a Pokémon in the Gym. If someone from another faction comes along, they can use their Pokémon to knock the current Pokémon out of the Gym. Those Pokémon then return to their Trainers and the Gym is claimed by the new faction.

Players earn experience points by defeating gyms, building friendships, conducting special research projects, and of course, catching Pokémon (Gotta catch `em all!) The more you move around in the real world, the more parts of the Pokémon Go universe you encounter. Pokémon are attracted by your movement, so they come near you and are more easily catchable if you are out hiking on a path (for example), and as you travel from one Gym or Pokestop to another, you collect the materials you need to catch even more.

Those unfamiliar with the game might wonder why you would want to repeatedly catch the same Pokémon over and over. This is actually one of the more thrilling aspects of the game. Most Pokémon have “evolutions,” which means if you catch a Pokémon of a first evolution, if you catch more of them and collect enough candies related to that Pokémon, you can evolve it into its higher level. Sometimes a Pokémon has up to three evolutions. To evolve a Pokémon twice requires about 125 candies, and you gain 4 candies per catch, so a Trainer needs to catch around 30 of the same kind of Pokémon (give or take) in order to evolve them to their highest forms.

Pokémon Go is designed for community engagement. Like the Nintendo game on which it is based, Trainers can trade Pokémon to fill out their Pokedexes. If you are near another Trainer, you can compare notes and swap Pokémon. Trainers can also coordinate to defeat gyms or raids together. A newer aspect of the game, one that was introduced a few years after the initial launch of the game, are raids. A raid is a gym dominated by a specific often high-powered Pokémon. Sometimes to defeat a Raid you need as many as five or more Trainers all in a coordinated battle at the same time.

This requires either the luck of many humans in proximity or out-of-game messaging to coordinate the raid. Here are some examples. I’ve discovered who among my friend-group here in town are Pokémon Go players. If a new Pokémon Raid launches and I want to catch that Pokémon, I’ll text with that group of friends and see if we can coordinate to show up at a specific location (like our church or a nearby park) in order to do the Raid. Another example, last month we were at Disney World, and if a raid popped up it was almost guaranteed around 15-20 of your fellow Disney-goers would jump into the gym with you simply because that many people were playing Pokémon Go at Disney World. It’s one of the best places in the world to play.

Pokémon also allows remote raids using remote raid passes, so I’ve actually participated in raids in places like Iceland, Finland, and South Africa, all through the invitation of players who live in those locations.

I have fallen in love with Pokémon Go for many reasons, not least of which is the gamification itself, which is pretty addictive and keeps you coming back; but my main love of the game has to do with the way in which it pairs gaming with physical activity social/world interaction. I’m incentivized to run or go on long walks to get more candy for evolutions and catch more Pokémon. And when I’m out and about I often get to talk with strangers on campus or in parks who are also clearly playing Pokémon Go. There’s a “tell” with phone usage because to throw the ball in the game requires a certain move of the hand and wrist.

It wasn’t until even more recently that I began to wonder about the cultural origins of Pokémon. The game was the brainchild of Satoshi Tajiri, a Japanese game designer. The first game was actually called Pocket Monsters and was released on the Gameboy. To trade Pocket Monsters, players connected their Gameboys with a cable.

You can see immediately why Pocket Monsters would be a global phenomenon. Humans are collectors. I grew up building a stamp collection and baseball card collection. Collecting cute pocket monsters is almost irresistible. Then, if you gamify the collection, so collected Pokémon can be used in competitions or games, well, that’s brilliant.

The game is super accessible for all ages. The designers have been very careful to keep the Pokémon aesthetic kawaii. Pokémon exemplifies the kawaii (cuteness) culture of Japan. Pikachu, perhaps the most famous Pokémon, has even made it onto the side of Japanese airplanes and is featured in popular movies. I imagine most American households have some representation of Pikachu somewhere in their house.

Some recent studies have even shown there may be a psychological reason Pokémon keeps and maintains players’ attention. A fascinating Japanese study showed that “Viewing cute things improves subsequent performance in tasks that require behavioral carefulness, possibly by narrowing the breadth of attentional focus.” So it’s not just the addictive gamification of Pokémon Go that keeps my attention, it’s literally the cute pocket monsters themselves and their cuteness.

Some argue that Pokémon Go is deeply influenced by the spirit of Shintoism. The world of Pokémon is thoroughly infused with Shinto elements, it brings “supernatural” beings deeply into relationship with the land and physical environment. If you play the game, you see how this works almost immediately. Certain Pokémon only appear in certain land environments. You catch more fish and water-born Pokémon by ocean or rivers. Other Pokémon appear only when it’s raining. Still other Pokémon only inhabit specific places on the planet, especially in Japan.

Given that Shinto includes the melding of supernatural beings with natural settings, the whole design of Pokémon Go as augmented reality is inherently analogous. It technologically maps “spiritual” beings onto geographical settings. When I am out playing Pokémon Go, I am imagining that I will discover “spiritual” beings along the path, on the beach, in the park.

My son jokes that whole worlds are born and die on Reddit, and nowhere is this more true than Pokémon fandom. So if you’d like to explore the theology of Pokémon via a fascinating Reddit thread (and optional video) here’s your opportunity.[i]

For those who have read this far who are not currently gamers, I suggest that Pokémon Go might be a fun low-key entry point for you. It’s worth knowing a little bit about the gaming world in order to understand what your neighbors are busy doing.

I am personally uncertain about some of the emerging virtual reality aspirations of companies like Meta. I don’t know if I desire to engage such immersive environments that cut users off from the experience of the actual world. For this reason, I find augmented reality experiences like Pokémon Go far superior. They add something to the world as it is rather than replace it.

I’m intrigued by other games and watch with fascination as my own children play their way through Skyrim or create in Roblox. But it’s unlikely that I will sit down long enough in one spot to play these console games at length. But as a pastor who moves around a lot and likes to play with others, Pokémon Go has been a passport into seeing the place I live, and the places I visit, with an additional and engaging layer.

[i] For further exploration, the fandom entry on religion in Pokémon: https://Pokémonfanon.fandom.com/wiki/Arceusism

Photo by Mika Baumeister on Unsplash