All Ethical Issues Depend On How We Deal With This One 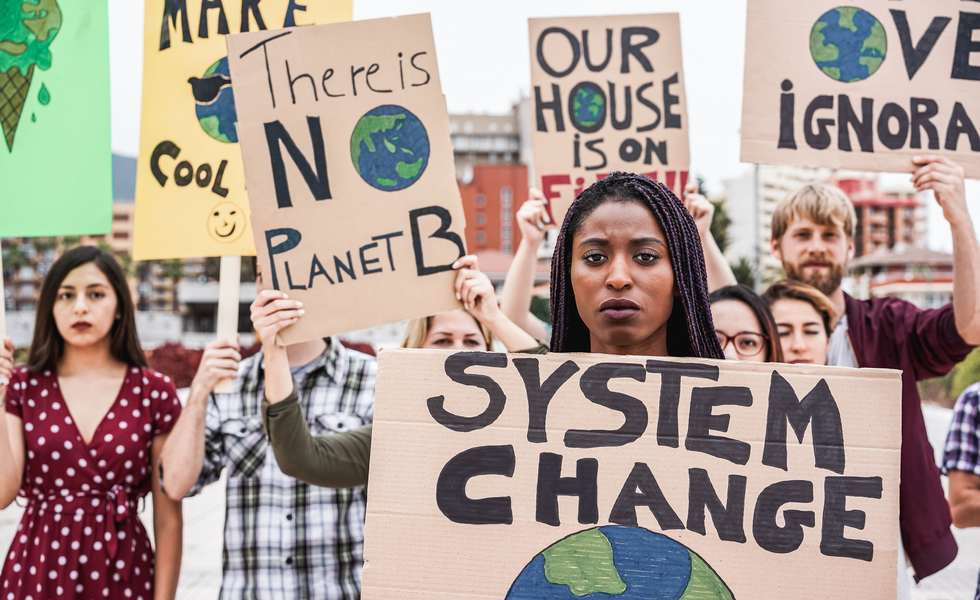 From Lynn White, Jr. to Bill McKibben to Katherine Hayhoe, Christian voices have been among the most informed and eloquent in the public discourse on global climate change. Christian theologians from Jürgen Moltmann to Catherine Keller to Jay McDaniel have woven wonder for the earth and creation care into their works.

At a time when the world is on fire and the web of life is fraying, the theology and ethics of creation care constitute the most important issue facing followers of Jesus and the Church of Jesus Christ. This is not simply a niche issue, as it is often treated even in progressive churches.  The well-being of creation includes and underlies human well-being in all of its dimensions and is the inescapable context for every single issue or area of common concern.

For instance, “pro-life” evangelicals who make the protection of vulnerable life in utero the signature issue of Christian ethics, and “consistent pro-life” thinkers such as Ron Sider who promote reverence for human life at every stage and in every condition – dependent children, vulnerable elderly, those with chronic physical and mental deficits, the incarcerated and the ideological or national “enemy” – are alike on a quest to cherish and protect human life. But this quest in all its forms is ultimately futile if the global environment that sustains us all is unlivable.

Promotion of human rights and the denunciation of racism will inevitably founder if “the commons” that support us all is shrinking and decaying. Widespread insecurity and competition for inadequate resources inevitably fuel the designation of scapegoats and the demonizing of “the other.”

The quest for gender equality and for appreciation of the whole spectrum of gender identities and sexual orientations, within the church and in the broader society, are feasible only if our basic needs for breathable air, potable water and adequate nutrition are addressed.

The ethics of peacemaking – already forbiddingly complex – is compounded by wars over scarce resources, which produce millions of refugees and fuel xenophobia in the countries to which these refugees flee. These displaced millions are at least partially climate refugees. Their numbers will only increase with exploding populations, media promotion of consumer lifestyles on a global scale, and the proliferation of degraded landscapes, depleted aquifers, submerged coastal metropolises and collapsing fisheries.

The traditional “Great Commission” priorities of Baptists and other evangelicals – “Go therefore and make disciples of all nations” (Matthew 28:19) – are dependent upon some measure of environmental stability and basic well-being among the people to whom they are “sent.”

People can´t genuinely consider the claims of Jesus if they are hungry, fear-ridden and diseased, which is why pioneers of the modern mission movement founded schools and hospitals and taught agriculture and nutrition wherever they went. Of course, in this they were following the example of Jesus´ own ministry, but these projects are ultimately futile if the web of life is collapsing around us.

A theologically grounded Christian ethics in the era of global climate crisis will feature at least these three crucial distinctives:

First, a serious commitment to the lifestyle of simplicity modeled by Jesus. “Is not life more than food and the body more than clothing?” (Matthew 6:25). Followers of Jesus could take the lead in a transformation of the global economy away from production and consumption of material goods and toward an economy of sharing community, based on what we grow, sew, cook and serve, sing, dance, declaim, craft, teach and share. Problems of scale classically addressed by the industrial economy could be resolved by a mighty upsurge – ironically, enhanced by modern communications technology – of fine-grained community. High tech, capital-intensive “solutions” to the climate crisis could be rendered redundant by a return to sustainability fostered by this new economy.

Second, a dramatic reevaluation of dominion theology is required on the part of Christians for long-term sustainability. God´s creation is not our resource dump. Its value is not simply instrumental – good for us – but intrinsic – good for its own sake, and precious in God´s sight.

Note how step by step through the first Genesis creation narrative God surveyed what God had made and “saw that it was good” (Genesis 1:4,10,12,18,21,25) and at the conclusion of the narrative “very good” (Genesis 1:31). Note the wealth of biblical texts throughout the Scriptures celebrating creation as the product of God´s creativity and the object of God´s love (Job 38-41, Psalm 104, Matthew 6:25-33). Human “dominion” is meant to be caring for what is God´s, for creation´s welfare as well as ours. Pervasive breakdowns in the global climate – invasive species, the poisoning of air and water, desertification, pandemics – are intrinsically related to a failure to exercise “dominion” properly.

Third, a reimagination of the scope of beloved community is imperative if we are all to flourish together. As Scripture shows God´s delight in all of God´s creation and establishes human “dominion” as the use of our peculiar gifts for the good of the creation in its totality, we must reimagine the scope of God´s redemptive action in Christ. Paul declares the entire creation has been “subjected to futility” and “waits with eager longing for the revealing of the children of God.” Through God´s redemptive action, “the creation itself will be set free from its bondage to decay and will obtain the freedom of the glory of the children of God” (Romans 8:19-21).

Biblical images in both the Hebrew Bible and Christian Scriptures show that the denizens of God´s creation will be part of God´s everlasting reign (see Isaiah 11:6-9 and Revelation 22:1-5).

God´s plan “for the fullness of time” is to “gather up all things in [Christ], things in heaven and things on earth” (Ephesians 1:10). If we believe this, it should guide our living now.

Quite apart from theological explorations, contemporary ecology has dismantled the philosophical/theological construct of the independent, substantial human subject, whether conceived as soul, body or a mysterious combination of the two.

We do not exist apart from:

We do not live in an ecosystem; we are ecosystem and ecosystem is us. It appears the Apostle Paul understood this and expressed this after his manner 2,000 years ago.

David Wheeler is an adjunct professor of theology at Palmer Seminary in St. Davids, Pennsylvania. He served previously as senior pastor of First Baptist Church in Portland, Oregon, and as professor of theology and ethics at Central Baptist Theological Seminary. First published by Good Faith Media. Used by permission.