Christian Nationalism Is A Danger To Our Nation 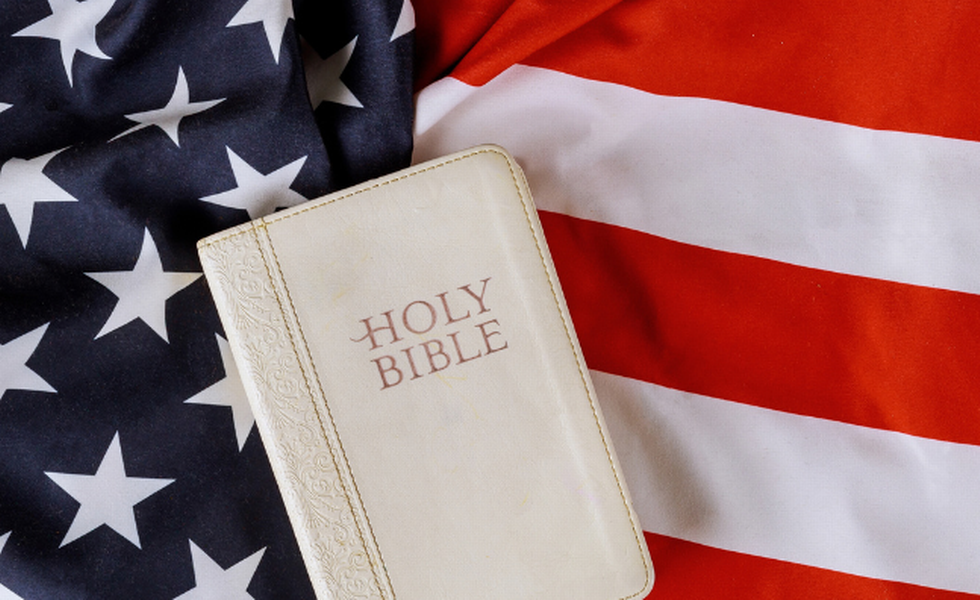 By Rev. Dr. Marvin A. McMickle

It is time to defend Christianity from Christian Nationalists. This term distorts the message of Jesus and endangers one of the basic liberties provided to every American in the Bill of Rights. Congresswoman Lauren Boebert (R-Colo.) recently gave voice to this movement when she asserted that “the church should direct the government. The government is not supposed to direct the church…I’m tired of this separation of church and state junk.” She correctly observed that the actual phrase, “separation of church and state,” does not appear in the Constitution. She stated that the phrase “separation of church and state was contained in what she called “a stinking letter.” What she was referring to was an 1802 letter sent to a group of Baptists in Danbury, Connecticut by Thomas Jefferson.

What the Congresswoman either did not know or failed to consider is how the First Amendment to the United States Constitution enshrines the concept of separation of church and state in two specific ways. First is the phrase “Congress shall pass no law respecting the establishment of religion.” Unlike countries in Europe at that time, there would be no favored or preferred religion, denomination, or church in the United States. No person would be forced to affirm any religious belief against their will under penalty of loss of job, or even loss of personal liberty. No citizen would have their tax dollars used to support a religion of which they were not a member. In short, the government would not support any one religious tradition over another.

The second clause in the First Amendment concerning religion says, “nor prohibit the free exercise thereof.” The government does not instruct any religious community what its practices must be. Just as important, the free exercise clause also means that people are perfectly free to declare no religious faith whatsoever. The Congresswoman and all other Christian Nationalists also seem unaware of or uninterested in Article 6, clause 3 of the Constitution that states, “no religious Test shall ever be required as Qualification to any Office or public trust under the United States.” Christian Nationalists hold a quite different view. They insist that their religious beliefs must inform public policy for the entire country on everything from immigration to abortion rights, human sexuality, foreign policy, gun ownership, and every matter that has long been sheltered by the right to privacy.

Not only is Christian Nationalism a bad political philosophy, but it is also faulty Christian theology, asserting that God has some special bond with the United States. Christian Nationalism seeks to take a worldwide religious faith centered in the love and grace of God, and in concern for one’s neighbors and for the neediest among us, and twist that faith into an ideology that would allow an extremely conservative group of persons to impose their political agenda on the nation and the world. There can be no such thing as “Christian Nationalism,” because the God such persons claim to represent is discussed in the Bible as the architect and creator of every nation. “In the beginning, God created the heavens and the earth” says Genesis 1. “The earth is the Lord’s and everything in it, the world and all who live in it” says Psalm 24.

If we are not careful, this nation may face a return to a form of religious intolerance not seen since the founding of the colony of Virginia in 1606 which stated that all settlers were to be instructed in the one true religion. “Settlers were to employ their utmost care to advance all things pertaining to the Order and Administration of Divine Service according to the form and discipline of the Church of England.”[i] That same 1606 charter explicitly excluded Roman Catholics from citizenship in the colony, stating, “It would be loath that any person should be permitted to pass that we suspected to affect the superstitions of the Church of Rome.”[ii]

Things were no better in Plymouth Colony in Massachusetts when it was founded. We Baptists would do well to remember that our founder, Roger Williams, was exiled from that colony in 1634, because he did not conform to every aspect of the doctrine and practices of the Congregational Church which was the “approved” church body of that colony. It was said that Williams “Hath broached and divulged diverse new and dangerous opinions against the authority of magistrates, and yet maintaineth the same without retraction.”[iii] As a result, Williams had to flee from Massachusetts to avoid arrest and a forced return to England to face trial for heresy! After a torturous journey through the wilderness, the fugitive, Roger Williams finally arrived in what would become Providence, Rhode Island.

He established a new colony there in 1635, and in reaction to the established church policy of Massachusetts from which he had been banished, he established the First Baptist Church organized in North America in Providence in 1638. In fact, it was Roger Williams, and not Thomas Jefferson, that first coined the phrase “separation of church and state.” Thinking back on his experience in Massachusetts he wrote that the Congregational Church of Massachusetts had “opened a gap in the hedge or wall of separation between the Garden of the Church and the Wilderness of the world.”[iv] Williams was convinced that when you mix religion with politics, you end up with politics.”[v] The words and wisdom of Thomas Jefferson should be included here as well when he wrote, “I contemplate with sovereign reverence that act of the Whole American people which declared that their legislature should “make no law respecting an establishment of religion, or prohibiting the free exercise thereof, thus building a wall of separation between church and state.”[vi]

Banishment was not the only penalty suffered by those who do did not conform to the practices of the established religion in any given colony in North America prior to the Revolutionary War. In Virginia in 1771, a Baptist preacher named John Waller was attacked by a mob, and the people who had gathered for that service were severely beaten. He stated that “Baptist ministers were attacked with whips and clubs, hunted by dogs, pelted with apples and stones, and faced with guns.[vii] Many other ministers suffered similar beatings until mob violence became the usual practice.[viii] Back in Massachusetts in 1651, three men were arrested for attending a Baptist church service in a private home, and for that offense they were sentenced to a whipping. “Each prisoner received thirty strokes with a three-cord whip until his blood flowed in little streams down to the waist to soak into the clothing.”[ix]

This is part of the history about the separation of church and state that Representative Boebert and other Christian Nationalists now want to discard. What seems like a fringe movement in American politics today can become a danger to religious liberty tomorrow for all Americans when the power of the state is used to advance the work of any group that presumes to speak on behalf of the whole church.

[i] Michael I. Meyerson, Endowed by Our Creator: The Birth of Religious Freedom in America, New Haven: Yale University Press, 2012, pp. 14-15, taken from Pulpit and Politics: Separation of Church and State in the Black Church by Marvin A. McMickle, Valley Forge, PA: Judson Press, 2014, p. 91.