He Had Found The Ring, And I Could Not Stop Crying 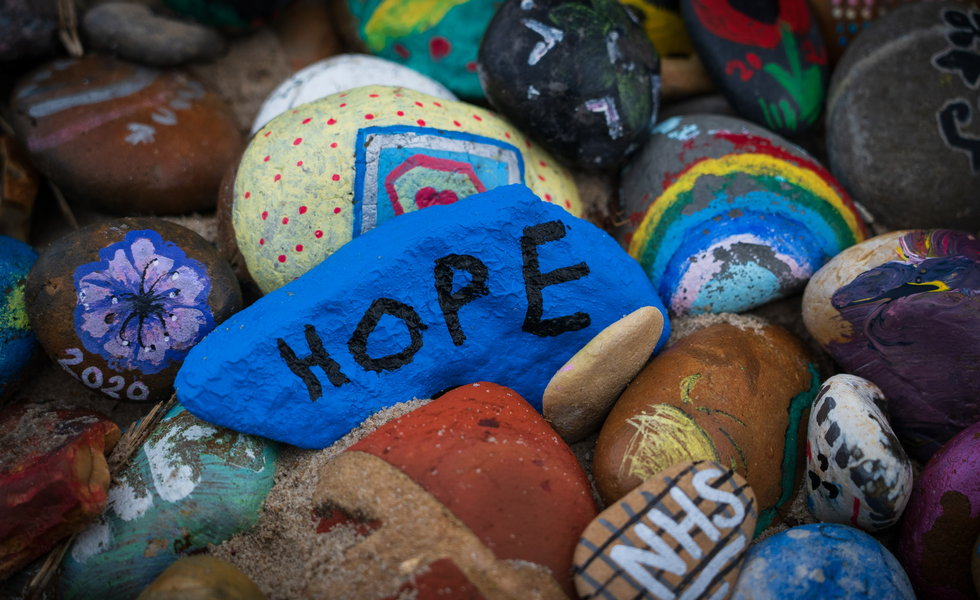 I had bought it for myself during the first year of the pandemic. The year our youngest child and his peers would not walk on a stage for his high school graduation. The year our oldest child would move back home as cases continued to surge in New York City where she had made her new home. The year our middle child would leave his campus in March for an extended spring break and eventually be told not to return until…well, we didn’t know when he would be allowed to return. The year I would turn 50. I bought the sapphire and diamond ring as an extravagant gift for myself when I realized that the year would hold so many big and small losses. It felt ridiculous, selfish even, but as someone who loves her birthstone and has been known to return gifts from loved ones to “save money” it felt a little bit like a win. It was a symbol of so many things, including the hope that I was deserving. I know. Silly.

And then a few weeks ago I lost the ring. I wore it on a trip to belatedly celebrate our wedding anniversary in the same place we had been to on our first anniversary. I wore it during the weekend when my husband had returned home, and I had stayed on to meet up with girlfriends I hadn’t seen in two years. I wore the ring as we were packing up our AirBnb, took it off to wash the final dishes. I put it down on the kitchen counter.

I flew home and started unpacking and saw my son’s rings on our kitchen table, and my heart stopped. I looked down and saw my left hand, missing the sapphire ring I had bought myself. I checked everything in my luggage and tote bag. I left a text message and voicemail for the AirBnb host. I told myself, “This is what you get for treating yourself.” My inner critic is loud and clear. I couldn’t bring myself to cry because I was furious with myself.

I asked friends to pray. I know that God is not a celestial vending machine. I know the prayers were not for the ring to magically appear but to ease the pain that was so deep that I was embarrassed to share the details. The ring was a symbol of my hope, and I desperately did not want my hope to be wrapped up in a symbol, a thing. But that’s what it was. A tangible reminder of the risk I took to believe I was deserving. A symbol of hope as the world seemed to be falling apart against an invisible virus. Friends who understood prayed. I think we all understood how the pandemic had cracked open our hearts to see what we dared not hope for, and so my friends prayed.

A week or so later my husband asked me if I remembered another similar incident. A lost diamond bracelet, which most likely had been lost somewhere on a soccer field where we had watched our daughter play with her teammate’s braids. I had felt the same way after losing that bracelet – an extravagant but obviously underserving gift. It was lost because it was never meant to be mine. But my husband insisted on returning to the field and we found that darn bracelet.

Yes, I remembered the bracelet and told him that I couldn’t fly back and drive to the AirBnb to scour the home.

And then he handed me the sapphire ring I thought I had lost and had given up hope of finding or replacing. It had dropped out of the laundry that he was folding.

I could not stop crying. The tears streamed and then came the physical sobbing, my chest heaving and my body shaking. It may sound silly, but when I lost that bracelet and then the ring, I realized I have a tenuous relationship with hope – the belief that things can change, that I can change, that the messages we believe of ourselves and our world can be changed. My hope had been found, not in the ring itself, but in all the wrestling I did and continue to do with my understanding of myself and of a God who is not a vending machine nor a vindictive judge.

Perhaps I will need to lose a few more things to come to a deeper, fuller understanding of God. May I never stop crying and those moments of hope and understanding.

Kathy Khang is the author of "Raise Your Voice: Why We Stay Silent and Why We Speak Up" and a speaker at Space for Grace this fall.

Photo by Nick Fewings on Unsplash