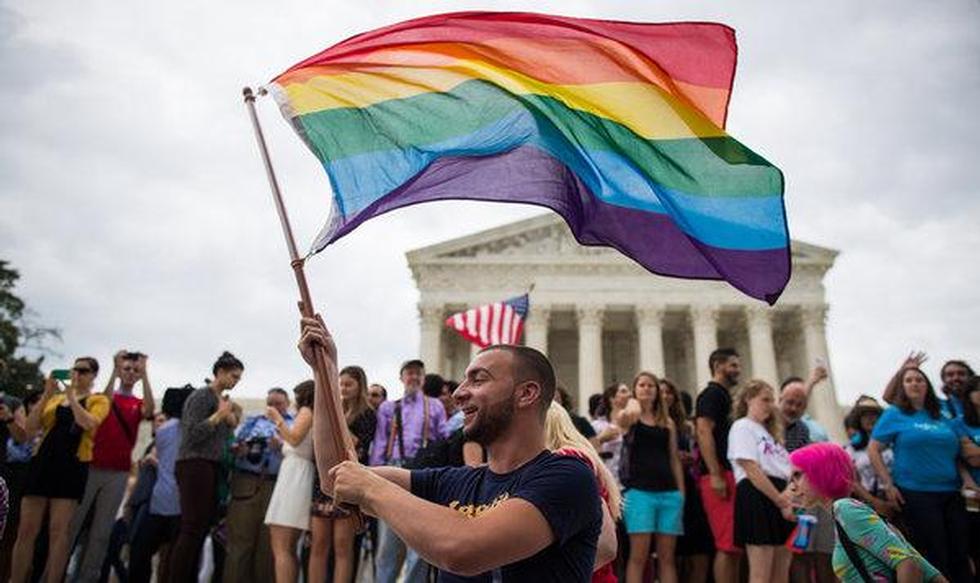 I’ve been able to be my authentic self all my life. But not everyone is so lucky.

As a member of The Church of Jesus Christ of Latter-day Saints, my faith is the preeminent part of who I am. My commitment to Jesus Christ pushes me to love my neighbor, my belief in eternal families motivates my family culture, and my knowledge of a loving God who doles out endless second chances gives me daily hope.

I take my faith with me everywhere I go—to church, yes, but also to work, the grocery store, the mall, in planes, trains, and automobiles, and to my favorite restaurants. I am blessed to live in a country and in a time where that is possible.

Latter-day Saints were not always so welcome in our county. In the past, Latter-day Saints were tarred and feathered, church property was seized by the government, and the faithful were targeted by an extermination order from the Governor of Missouri. They fled discrimination, eventually settling in what was then Mexico.

No one should face such discrimination is our society. That belief has moved me to become an advocate of religious liberty, not just for those of my faith, but for everyone. As an advocate, I have been privileged to work with many courageous and intelligent people, like those at the Baptist Joint Committee for Religious Liberty, who kindly invited me into their fold last summer.

While working in this area, I have become keenly aware of those positioning religious liberty against LGBT nondiscrimination, and vice versa. I am convinced that this is a false conflict.

At the root of the LGBT movement is the search for something that people of faith also cherish: authenticity. In other words, to live freely according to one’s moral code in public and in private, to be unburdened by others’ judgments of what constitutes the good life, and to thrive peacefully alongside others with different ideas. You might call that equality.

At the root of the LGBT movement is the search for something that people of faith also cherish: authenticity. In other words, to live freely according to one’s moral code in public and in private, to be unburdened by others’ judgments of what constitutes the good life, and to thrive peacefully alongside others with different ideas. You might call that equality.

Although my faith teaches me that marriage between a man and a woman is God’s ordained union and that gender is inherent to the soul, I believe that the law should protect the LGBT community so that they may express their authentic selves just as freely as I do. In much of America, the law provides no such certainty.

In 2015, my Church recognized that people of faith and the LGBT community were both seeking after authenticity. Church leaders called legislators to “find ways to show respect for others whose beliefs, values and behaviors differ[ed]” while making sure no one would be “forced to deny or abandon [their] own beliefs, values and behaviors in the process.” The Church pushed for strengthened “laws related to LGBT issues in the interest of ensuring fair access to housing and employment,” and “public accommodation in hotels, restaurants and transportation.”

To me, this move was consistent with Christian compassion as found in Scripture. In the Bible, (Luke 10:29-37 KJV) a lawyer asks Jesus, “who is my neighbor?” Jesus responds with the parable of the Good Samaritan. Disregarding the cultural and ethnic identity of the man lying wounded on the path and that of his Samaritan rescuer, Jesus teaches the lawyer that every man is his neighbor and all are deserving of mercy. In The Book of Mormon, another testament of Jesus Christ that Latter-day Saints study, is an additional example of Christian compassion. There, a prophet named Alma records how the faithful acted in a period of continual peace: “they were liberal to all, both old and young, both bond and free, both male and female, whether out of the church or in the church, having no respect to persons as to those who stood in need.” (Alma 1:30).

I have been impressed by legislators across the country who have engaged in the hard work of dialogue, attempting to provide the freedom to be authentic to all people. The Utah Legislature is a sterling example. After many heart-stretching discussions, Utah passed two laws protecting the LGBT community from discrimination in housing and employment, while also strengthening the state’s protections for faith communities. They called it “Fairness for All.” One transgender Utahn said Utah’s laws saved her life.

Legislators in other states remain engaged in similar dialogues. For example, this year, in Idaho, legislators, stakeholders, and community leaders from the faith and LGBT communities gathered together for a two-day summit on how to rule out discrimination in their state. Participants were thoughtful about how religious exemptions, which safeguard American pluralism by allowing minority viewpoints, should only be extended when religion is relevantly at play. The summit made clear that working together to protect both the LGBT community and the faith community in the same law is the best way to protect self-determination.

Careful consideration, compassion, and respect for an individual’s authentic self expose the false conflict between religious liberty and LGBT nondiscrimination for what it is: misunderstanding. As we, like legislators around the nation, engage in dialogue in our churches and communities on these topics, empathy will do most of the work in separating fact from political fiction.

Careful consideration, compassion, and respect for an individual’s authentic self expose the false conflict between religious liberty and LGBT nondiscrimination for what it is: misunderstanding.

Although we all live by different creeds, I hope that continued conversation will yield protections across the country so that Lutheran, Jewish, and gay construction workers can fully express their identities on the same job site without fear of retribution from their employer. I hope that a lesbian couple, a Seventh-day Adventist family, and an atheist will all be approved to live in the same building without regard for their moral codes. I hope that I, a Latter-day Saint, can stand in line at the grocery store and watch a transgender man buy ingredients for a spaghetti dinner without question from the cashier.

I suspect that’s how it will feel to be authentically and fully American.

Tanner Bean is a staff attorney to the Honorable Judge Molly Huskey of the Idaho Court of Appeals, law fellow with the Fairness for All Initiative, public deliberation and engagement expert with the Tolerance Means Dialogues, and a 2018 fellow of the Baptist Joint Committee for Religious Liberty. Tanner also administrates a Facebook discussion page,Protecting Religious Liberty, for people of faith curious about current events and the fundamentals of religious liberty.

Alonzo B Patterson and 1 other
0 Comments