Spending A Year In The Women’s Lectionary 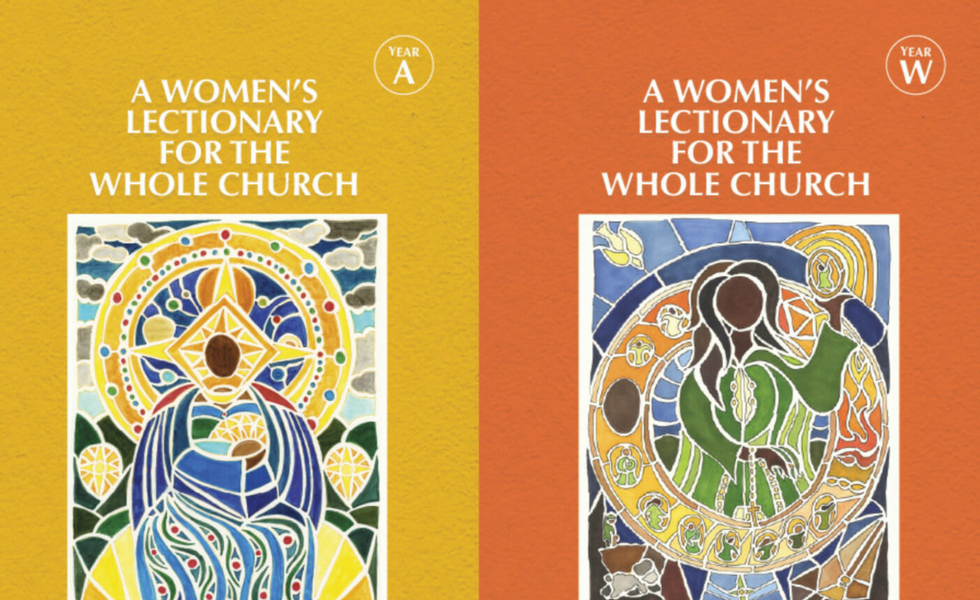 At the beginning of Advent, our congregation committed to reading Wil Gafney’s “Women’s Lectionary Year W” for 2022. For those unfamiliar with the resource, “A Women’s Lectionary For the Whole Church” is a project of Professor Wilda C. Gafney, an Episcopal priest and widely published Hebrew biblical scholar who teaches at Brite Divinity School at Texas Christian University. It is a lectionary for the church year (either a one-year set of readings, Year W, or a three-year series modeled after the Revised Common Lectionary) of originally translated biblical texts selected in a way to respond to these basic questions:

What does it look like to tell the good news through the stories of women who are often on the margins of scripture and often set up to represent bad news? How would a lectionary centering women’s stories, chosen with womanist and feminist commitments in mind, frame the presentation of the scriptures for proclamation and teaching?

An early reviewer of the Women’s Lectionary wrote here in The Christian Citizen, “A lectionary resource is best evaluated through practice.” As a congregation, we have now sat with these readings and translations in worship for about six months.

When we first committed to this lectionary, I had thought it would be the biblical stories themselves, the stories about women, that would center our attention for the year.

However, what I keep noticing, and honestly what is shifting my entire conception of God and prayer, is Gafney’s decision in the translation of the Psalms to refer to God with descriptive names for God (instead of the rather tired and artificially constructed “LORD”) and to use she/her pronouns.

Here’s an example, the Psalm for the Fifth Sunday of Easter:

For she strengthens the bars of your gates;

she blesses your children within you.

She sets peace at your border;

she satisfies you with the finest of wheat.

She sends forth her word to the earth;

who can stand before her cold?

She sends forth her word, and melts them;

she makes her wind blow, and the waters flow.

She declares her word to Rebekah’s line,

her statutes and ordinances to Sarah’s seed.

She has not dealt thus with any other nation;

they do not know her ordinances.

Praise the WISDOM OF THE AGES!

Using she/her pronouns in the Psalms is not an entirely new exercise. I remember way back when Bobby McFerrin was on tour with his Voicestra in the late ’80s, I heard them perform his version of the 23rd Psalm. When the vocalists sing, “She makes me lie down in green pastures,” it hit immediately, deeply. Hearing that heart Psalm sung with that slight pronoun shift changed something in me permanently.

Growing up in a relatively moderate mainline tradition (the Evangelical Lutheran Church in America), I had heard heated debates at synod assemblies concerning pronouns for God. But it was an entirely different event altogether to actually use the pronouns in prayer, and specifically in a heart prayer as profound as the 23rd Psalm.

I’ve spent a lot of time with Bobby McFerrin’s version (not to mention the entire album “Medicine Music” on which I first heard it), but that song was still isolated from more regular worship practices. It was a singular performance by a singular composer, and remained contained within the experiment that is Bobby McFerrin’s music.

This year, 2022, is the first year I (and probably most of our congregation) pray every single week the ancient psalms of Scripture and call the WISDOM OF AGES “she.”

Why does this matter so very much, you might wonder? Well, there is of course that ancient insight, lex orendi lex credendi, the way we pray leads the way we believe. Praying week after week to the God of Hebrew Scripture using she/her pronouns becomes more than just theory, it becomes practice, and in becoming practice, it shifts belief.

And it takes time, liturgical time, to really make that shift. As one of my parishioners remarked, “I’m not sure a year is going to be long enough. I’ve internalized the narrow and male-gendered language over decades, and it is still shocking to hear the divine consistently referred to in the feminine. This lectionary is the best kind of jolt. As my Dad would say while pressing down the gas pedal, this lectionary ‘blows the cobs out’ of my reading and worship routine.”

So what do I believe differently now than six months ago? For one, I’ve changed how I hear he/him pronouns for God in hymns and prayers. I used to chafe at those because it continually asserted a paternal sense of God I found oppressive.

However, now that the primary prayers of the church on Sunday morning offer she/her pronouns for God, I am far more free to speak of God as he/him. I mean, God is expansive, right? “She” can also be “he.”

A surprising side consequence of this shift in our communal prayers has also been a deepening of our prayerful consideration of how to speak of God as non-binary. As much as I love Wil Gafney’s needed correction toward the women of Scripture, the corrective is definitely still confined to traditional gender binaries.

Meanwhile, I’m also serving in a congregation where many of our members are trans or non-binary. We are the founding location for The Transition Closet, a resource providing gender-affirming apparel and undergarments. The emphasis on the stories of women in Scripture and the use of feminine pronouns has us also experimenting with the use of they/them for God alongside all the other wonderful names of God (including, when appropriate, the royal “We”).

Returning to the Women’s Lectionary, notice in the Psalm translation I quoted above how powerful it is to first name God she, and then sing:

She declares her word to Rebekah’s line,

her statutes and ordinances to Sarah’s seed.

This translation illustrates how pronoun use expresses a kind of solidarity. This God, the God of Rebekah, the God of Sarah, she declares a word, she sets down statutes and ordinances. She relates to these women, and through them to us.

In this month of Pentecost, and Pride, and Juneteenth, we are offered the time to reconsider our use of language, and especially our use of language over time. It’s one thing to theoretically say God is all genders. It is another thing altogether to express the many genders of God in corporate worship. God has the early Christian community speak in tongues for a reason, I imagine. The overflowing of the Spirit of God manifests in words. She’s loquacious. We can thank Wil Gafney for her tremendously creative reframing of the lectionary itself offering us a resource to truly practice liturgically what we preach.