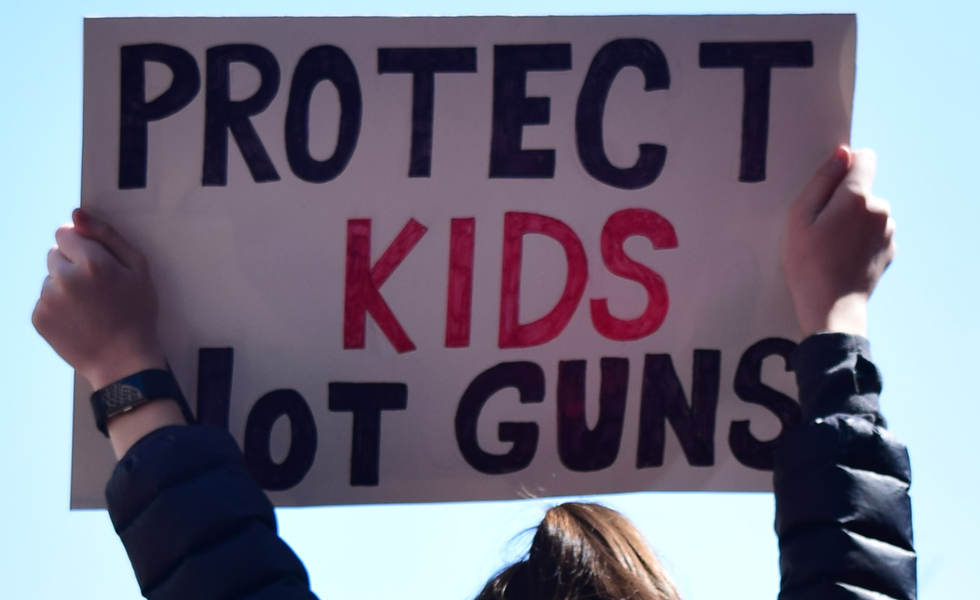 March 16, 2013, I participated in the Gun Violence Prevention Sabbath at the National Cathedral. I made a brief statement. It read, in part…

The mass shooting at Sandy Hook Elementary School in Newtown, Connecticut, as with other mass shootings, gives us pause as disciples of Jesus Christ and citizens of the United States of America. We recoil in horror at these events as we also lament the daily toll of gun violence that takes the lives of thirty Americans each day and that tears at the fabric of families, congregations, and communities across this great land.

Our founders, who in declaring our nation's independence, said we are endowed by our Creator with certain unalienable rights, among them the right to life, liberty, and the pursuit of happiness; who worked to establish our Constitution in order that we might enjoy a more perfect union, to insure peace at home, to promote the general welfare, and to secure the blessings of liberty for their time and our own; who crafted the Bill of Rights to further secure the fundamental freedoms we enjoy including our right to keep and bear arms—surely this is not what our founders had in mind when establishing our government, that we would live in a nation in which the right of one to bear arms trumps the rights of another, even those of a child, to life, liberty, and the pursuit of happiness.

In D.C. v. Heller, the Supreme Court held that the Second Amendment guarantees an individual right to “keep and bear arms,” while also making it clear that this right is “not unlimited.” Nor should it be. The liberties we enjoy are often in tension with one another and no right should be so broadly construed as to undermine the ability of the broader community to maintain order and the peace necessary for human life and flourishing.

The scriptures teach that God sets before us life and death, blessings, and curses. God does not force, but God surely encourages us to choose one over the other. “Now choose life,” we read, “so that you and your children may live.” On this matter, as with so many others, our ancient calling is clear. Now and in the days to come may it be our present task.

One month later a bipartisan proposal to expand the nation’s background check system negotiated by Sens. Joe Manchin, a West Virginia Democrat, and Patrick J. Toomey, a Pennsylvania Republican, was defeated in the Senate. Subsequent congressional efforts to change gun policies in any significant way have repeatedly failed.

Since Sandy Hook, the US has experienced more than 3,500 mass shootings, according to the Gun Violence Archive, a nonprofit organization that tracks gun violence and defines a mass shooting as an incident in which four or more people are killed or injured.

Mass shootings have touched nearly every aspect of American life including a Black church in Charleston, South Carolina (2015), a government-funded nonprofit center in San Bernardino, California (2015), a gay nightclub in Orlando (2016), a country music festival in Las Vegas (2017), a high school in Parkland, Florida (2018), a synagogue in Pittsburgh (2018), a Walmart in El Paso (2019), an Asian American massage businesses in Atlanta (2021).

On May 14, a racist attack at a supermarket in a Black neighborhood of Buffalo left ten dead. Yesterday at least 19 students and two adults were killed in a mass shooting at Robb Elementary School in Uvalde, Texas.

In 2018, I wrote an article on a speech Robert Kennedy gave in Cleveland April 5, 1968, the day after the assassination of Martin Luther King, Jr. Kennedy spoke of the “mindless menace of violence in America, which again stains our land and every one of our lives.” Noting that violence is not the concern of any one race, its victims being “Black and white, rich and poor, young and old, famous and unknown,” Kennedy maintained, that whatever their distinctions, “they are human beings whom other human beings loved and needed. No one — no matter where he lives or what he does — can be certain who will suffer some senseless act of bloodshed. And yet it goes on and on in this country of ours.”

And yet it goes on and on in this country of ours.

Curtis Ramsey-Lucas is editor of The Christian Citizen.

Photo by Tim Mudd on Unsplash