A Time To Break Silence 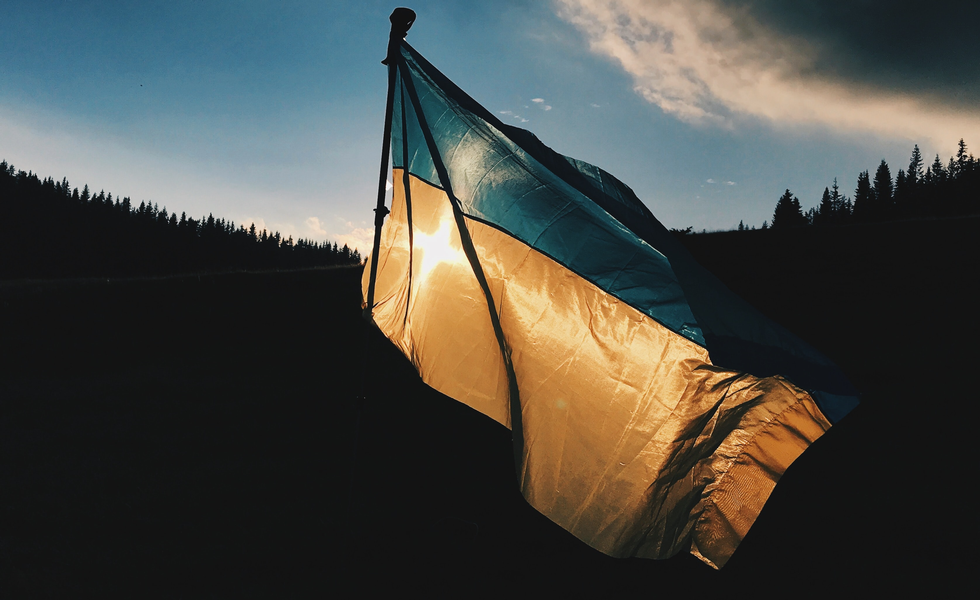 By Dr. Marvin A. McMickle

On April 4, 1967, while standing inside the Riverside Church in New York City, Dr. Martin Luther King, Jr, delivered a speech condemning the war in Vietnam. The speech was given as part of a collective effort by an interfaith group called Clergy and Laymen Concerned About Vietnam. The title of that speech was “Beyond Vietnam: A Time to Break Silence.” There were several reasons given by Dr. King for why warfare and the human and financial costs of war must be avoided. As a Christian clergyperson and as a recipient of a Nobel Peace Prize, he felt it was his obligation to oppose a war that was being waged by his own government. It was an unpopular thing for him to do at that time, but he spoke out because he said, “there comes a time when silence is betrayal.”

As American Baptist pastors and laity, we should feel called to speak out both about the human and financial costs of war in the 21st century and do so with an awareness of the unprovoked war that Vladimir Putin has launched against the nation and the people of Ukraine. We, as Christian clergy and laity, should not remain silent about the human costs of the war in Ukraine. The world has looked on while the Ukrainian army has halted the ground advance of the much larger Russian forces arrayed against them. The world has watched in horror while Russia launches rockets and missiles at population centers and civilian targets in cities across Ukraine. What we are watching in Ukraine is not warfare by any standard definition. What we are watching are war crimes resulting in millions of Ukrainians having their homes destroyed, their lives upended, their national life threatened, many of their children orphaned, and millions of women, children, and senior citizens becoming refugees in neighboring countries. The financial and human costs of this war are already incalculable.

Like peace and freedom-loving people around the world, we should call for an immediate end of this barbaric aggression by Russia being aimed at the nation and civilians of Ukraine. We affirm our government’s determination to provide the Ukrainian people with the military and humanitarian resources they need to sustain themselves during this attack on their nation. We admire and affirm the courage of the Ukrainian president, Volodymyr Zelenskyy, and we also affirm the courage of the people of Ukraine as they defend their homeland against the brutal assaults being aimed at them by Vladimir Putin and his regime in Moscow.

However, the war in Ukraine provides the backdrop against which the words of Dr. King can and must be heard again. In 1967, the War on Poverty promised by President Lyndon Johnson was being underfunded, because the United States was spending $500,000 per day fighting in Vietnam. In 2022, let us not forget that this nation just pulled out of a 20-year war in Afghanistan that cost this country $2.3 trillion. That amounts to over $300 million per day over 20 years. At the end of all that human and financial loss, the Taliban that was in charge in Afghanistan when that war started in 2001, remains in charge in Afghanistan today.

Meanwhile, we are told that the United States cannot afford to provide health care, affordable housing, quality education, free community college, affordable childcare, high-speed rail service, broadband Internet service to all regions of the country, and a clean and safe environment for all our citizens. While the Senate and the House have argued over and rejected many elements of the Build Back Better program, which would address every need listed above, both houses of Congress overwhelmingly passed the National Defense Authorization Act, a $768 million defense spending bill, in December. This country has always found the money to wage war against external enemies but can usually find an excuse not to wage war against poverty, crumbling infrastructure, and environmental hazards here at home.

While we join in open condemnation of the attack launched against Ukraine by Russia, following the example of Dr. King in 1967, we know that this country has been shaped by its own wars of conquest and aggression. There is the well-documented history of wars of conquest waged against Native Americans and horrific acts such as The Indian Removal Act of 1830 that resulted in the Trail of Tears, where thousands of members of Cherokee and other tribal groups died because the United States forced them off their ancestral land so this country could expand slavery in many states across the South. There was also the attack on Lakota Sioux women and children at Wounded Knee in South Dakota in 1890 because those persons resisted being forced from their homes onto reservations. We are left to wonder what is the difference between our own wars of conquest against Indigenous groups in the United States and what is happening in Ukraine today except for the ferocity of the weapons being used?

Finally, we cannot remain silent when matters of racial injustice appear as a response to this unjust war. First, we must respond when we hear reports from Africans studying in Ukraine about the ways in which they were treated when they were trying to flee the destruction in that country. Whether inside the country of Ukraine or at the border with other Eastern European countries, they reported that racism and the presumptions of white supremacy are as prevalent there as they are in the United States.

Second, while Ukrainians are being given an expedited path of entry into the United States, many other groups of people are being kept out. What do we say about the persons from various regions in South and Central America, as well as from Haiti, who are all fleeing violence, poverty, and destruction in their homelands? What does it say about our nation’s immigration system, if people from Ukraine are admitted into this country under temporary humanitarian parole, while our government does not act with similar urgency for Central Americans and Haitians, in fact expelling and deporting them in many cases?

We in the United States can do more than simply watch on TV the events in Ukraine and at our southern border. We can raise our voices on behalf of the one who said that we should care for and comfort and bring relief to the strangers, and the oppressed, and the impoverished. It is once again “A time to break silence.” It is once again necessary to be reminded that “There comes a time when silence is betrayal.”

Dr. Marvin A. McMickle is pastor emeritus, Antioch Baptist Church in Cleveland, Ohio, and professor of African American Religious Studies at Colgate Rochester Crozer Divinity School, Rochester, New York, where he served as president from 2011 to 2019.

Photo by Max Kukurudziak on Unsplash

Rachael B Lawrence and 0 other
0 Comments
/