What Yom Hashoah Teaches About The Nature Of Forgiveness And Forgetting 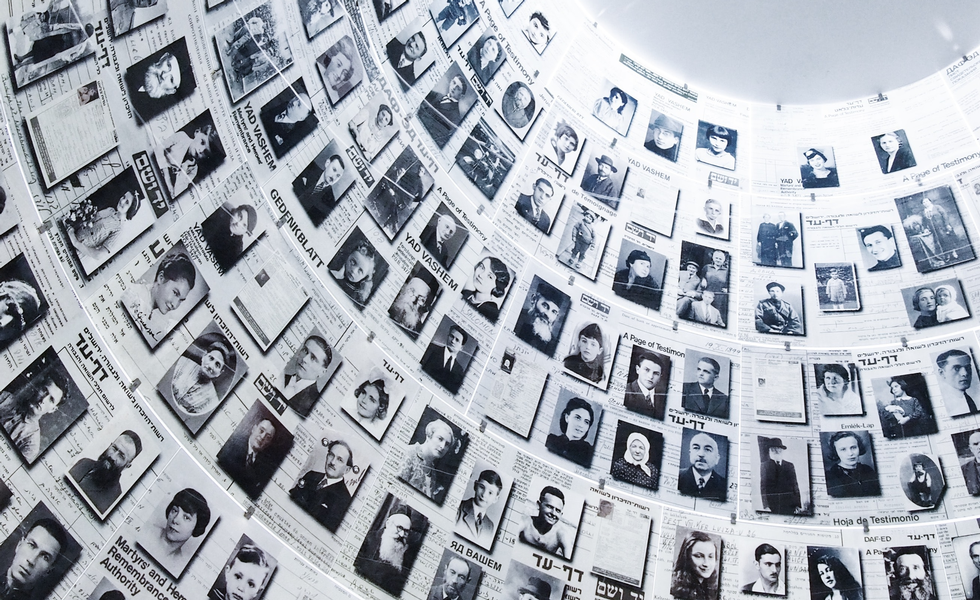 Yom Hashoah is the day each year when the Holocaust is remembered.[i] In English Yom Hashoah is commemorated as “Holocaust and Heroism Remembrance Day.” The day completely escaped my experience until a quarter century ago when I was invited to serve as a member of the board of directors of my state’s Holocaust Center. Around the table and beside me sat a few Holocaust survivors—men and woman with tattoos on their arms, not by their choice, identifying them as Jews and marking them for extermination in concentration camps. All had lost homes, possessions, life savings, or beloved family members. They were the few who survived the camps.

I remember vividly their stories, illustrations, and poignant quotes. Some were from their own experiences, others passed along from others. One member talked about a former prisoner of the Holocaust who was visiting a friend who also was a survivor. He asked his friend, “Have you forgiven the Nazis?” “No, I haven’t,” answered his friend. “I still hate them.” “In that case,” said his friend gently, “they still have you in prison.”

As a Christian, I pray about forgiveness every day in the Lord’s Prayer: “Forgive us our debts as we forgive our debtors.” Jesus underscored this part of the Lord’s Prayer, for as soon as the prayer concluded, he continued, “For if you forgive others their trespasses, your heavenly Father also will forgive you; but if you do not forgive others, neither will your Father forgive your trespasses” (Matthew 6:14–15 NRSV). Forgiveness and love are two of the foundation pillars of Christianity. Learning to forgive becomes part of our spiritual DNA. But a key question remains: Even if I forgive, must I forget? That is the question which haunts.

I attended a summer worship service at a small church in Maine where the guest preacher was a layman who told his story of growing up gay and being rejected and thrown out by his parents. He struggled with their reaction throughout his whole life. He told how he forgave them, even though they never asked, but he could never forget their rejection nor the impact it had throughout his life. I came away enlightened, understanding that God expects Christians to forgive, but also realizing that a loving God could not expect God’s beloved children to forget the deep hurt and open wounds caused by another’s actions or words. I once heard someone say, “Forgive and forget, for God is your guide.” But the hurt one, the victim, cannot forget. A person who has been hurt by another may try his or her hardest and best to forget, but the mind won’t allow it. Would a compassionate God expect God’s child to do something that can’t seem to be done? We as Christians are called to forgive, but are we required to forget? Must not there be some accountability for the one committing the offense?

There are three places that inspire my wrestling with the question of whether I am required to forgive and forget.

The first comes from the Amish. A terrible tragedy occurred when a shooter entered the one-room Amish school in Nickel Mines, Pennsylvania, dismissed all but 10 girls, and fired at them execution-style, killing five before shooting himself. Within hours, the Amish community forgave the killer and his family. News of the instant forgiveness stunned the outside world—almost as much as the incident itself did. One year later, an article appeared in The Christian Science Monitor by Donald B. Kraybill titled “Why the Amish Forgive So Quickly.” Kraybill, conducted interviews with Amish people to peek behind the veil of this amazing act of forgiveness. He discovered that the Amish approach to forgiveness is indeed quick and unconventional—but also inspirational to the rest of us. He wrote, “While forgiveness means not holding a grudge—‘the acid of bitterness eats the container that holds it,’ one farmer explained—the Amish are clear that it does not free the offender from punishment. Had the gunman survived, they would have wanted him locked up, not for revenge, but to protect other children.” And so, while the Amish are almost front-end-loaded to forgive, there is still accountability for the perpetrator. Forgive, yes. Forget, can’t.

Second, Martin Luther King Jr., a victim of hatred, violence, and even a bullet that curtailed his life, wrestled with this question of forgiving and forgetting, and addressed it eloquently: “Forgiveness does not mean ignoring what has been done or putting a false label on an evil act. It means, rather, that the evil act no longer remains as a barrier to the relationship. Forgiveness is a catalyst creating the atmosphere necessary for a fresh start and a new beginning. . . . The words ‘I will forgive you, but I’ll never forget what you’ve done’ never explain the real nature of forgiveness. Certainly, one can never forget, if that means erasing it totally from his mind. But when we forgive, we forget in the sense that the evil deed is no longer a mental block impeding a new relationship. . . . Forgiveness means reconciliation, a coming together again.” Forgive yes. Forget, can’t.

Third, Yom Hashoah deals with the worst behavior against humankind, the torture, denial of rights, and death of innocents. Think of autocratic leaders who caused painful harm or death to others. There is and has been so much evil behavior and pain caused to God’s beloved children, but hardly anything compares to the Holocaust. Forgive? If not, then “they still have you in prison.” Forget. Can’t. In fact, Yom Hashoah is not called a Day of Forgetting but a Day of Remembrance. The evil committed is remembered, not just out of the pain, but so that it can never happen again. Remember the evil and learn from it. Labor to prevent it from reoccurring. Forget, no. Remember, yes. Forgive, yes, for the acid of bitterness eats the container that holds it.

What Yom Hashoah has taught me is that I must always be at the ready to forgive, even the one who hurts me or others. Ouch, that hurts, but I will do it because of my love for the one who taught us to pray, “Forgive us our debts.” But forget? Yom Hashoah has taught me there is value in not suppressing, but rather there is value in remembering. Remember. Forgive, but one cannot forget. There must be accountability. Justice must prevail, if only eventually. Forget? Can’t. But we can pray that remembering might become part of healing, free the soul from the acid of bitterness, and lead to reconciliation.

Rev. John Zehring has served United Church of Christ congregations for 22 years as a pastor in Massachusetts, Rhode Island, and Maine. He is the author of more than 30 books and e-books. His most recent book from Judson Press is “Get Your Church Ready to Grow: A Guide to Building Attendance and Participation.”