Wandering In The Wilderness 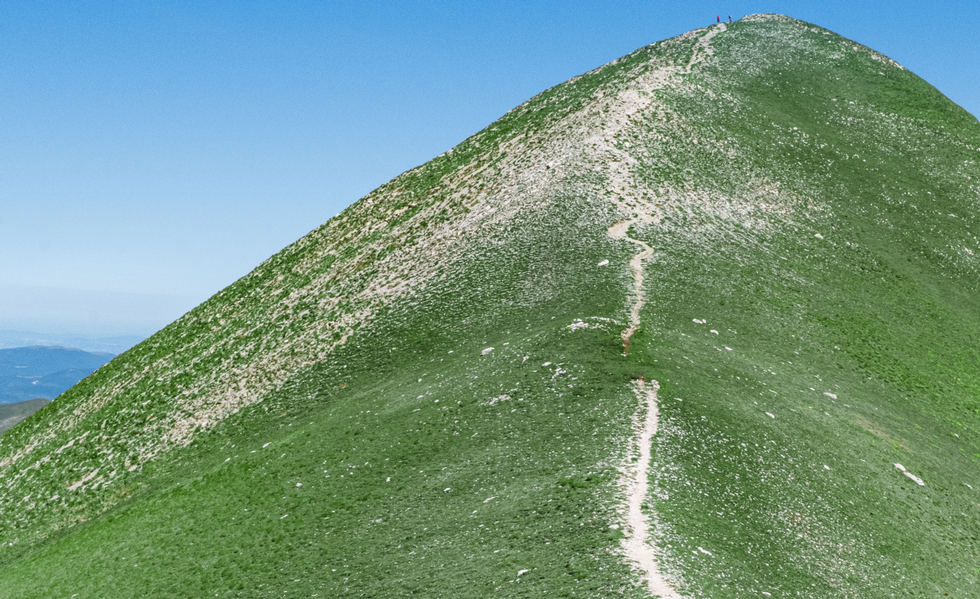 My wife and I recently left the evangelical megachurch where I was one of the pastors. I had begun to question some of evangelicalism’s received truths and couldn’t ignore the red flags of unhealthy nationalism, anti-intellectualism, and tolerance for injustice present in the American evangelical church. While my church was wonderful in many ways and less prone to those unhealthy tendencies than most, the theological and ecclesiological divide between the church and us simply became too great. To use the language currently en vogue, I deconstructed[1] my faith and became an exvangelical.[2

It’s been a month and a half since we left, and the best way I can describe this season is that I’m wandering in the wilderness. My faith in Jesus is at the same time intact and in question. My understanding of what the Bible is and how we should use it has shifted to the point that the theological and moral principles I previously derived from it need to be reexamined.

What’s more, leaving the church meant giving up not only a piece of my income but the community and sense of purpose that comes through work. To be sure, I still have friendships both inside and outside the church, and I have plenty of projects to keep me busy and supplement my income.

Nevertheless, I feel unmoored. I don’t have things figured out. I don’t have the answers. Part of me is hesitant to write this article. I’m asking myself whether I really have anything worthwhile to say. At the same time, I think there is value in the perspective of the wanderer, because the surety that comes once the wandering is over often obscures the uncertainty of life.

To my fellow wanderers, questioners, seekers, and strugglers; to those who feel an itch that something is wrong; to those who have jumped off the cliff and feel like they’re still in freefall, I want to say that deconstructing can feel lonely, but you are not alone. Many are on this journey with you, even if you don’t realize it.

Opening up about some of these questions and struggles can be hard because of the fear of ostracization, but if you take the risk, you just might find community and solidarity with others. I want to be clear: this is an actual risk. Evangelicalism likes certainty. It likes to have the answers and to be able to say unquestionably, “This is who we are and what we believe.” So when you begin to question, sometimes you find yourself on the outside of the community.

Over the last few weeks, I’ve been meeting up with folks who want to know more about why I left. I’ve gotten a variety of reactions. A few certainly disagree with me, but many have been sympathetic to my thinking or on a similar journey themselves. What has surprised me is not the stories I’ve heard but whom I’ve heard them from and just how many I’ve heard.

It’s not shocking when a Gen Zer is deconstructing their faith, but I’ve had conversations in which 70-something, longtime church members espoused gay-affirming theology and nonliteral interpretations of the Bible. I’ve had church staff members share their unease about the failure of their own churches to take seriously the concerns of their brothers and sisters of color. I’ve heard story after story of people in some way going through this faith deconstruction process, while others it seems have simply never held to some of the basic tenets of evangelicalism.

Pastors, I know these people are in your church because they were in mine. I just didn’t know it until I left. My opening up about my own journey prompted them to share theirs, and because these are your people, the people God has entrusted to you, you need to figure out how you are going to respond.

You can simply ignore this, pretend like it isn’t happening and watch as people leave your church either because they’ve expressed concerns that haven’t been addressed or because they aren’t comfortable expressing those concerns. Or you can fight back against it. You can push against the liberal agenda, wokeness, or whatever else you want to call this wave of evangelicals deconstructing their faith. You can double down, figure out all of the reasons your current framework and perspective are right, and be better prepared to debate deconstructionism in one-on-one pastoral meetings and through sermons and studies.

Joshua Ryan Butler wrote an article for The Gospel Coalition that describes what he believes are the four most common causes of deconstruction: church hurt, poor teaching, desire to sin, and street cred (a desire to fit in). He goes on to articulate how churches and pastors can solve these problems. While Butler has correctly identified some of the common causes of deconstruction, where he comes up short is that he doesn’t consider that any of these problems could be the result of more fundamental, underlying issues in the church. Desires to sin and fit in with secular society are problems with the individual, and church hurt and poor teaching are the result of faulty implementation of evangelical beliefs. In each instance, there is an attempt to root the problems either in the person doing the deconstruction or in a particular, poor expression of the church. Nowhere does the article seriously consider that the theological underpinnings of evangelicalism could be at fault. It advocates examining the other (deconstructionists, bad churches/pastors) without a corresponding examination of self.

We all have this tendency to place blame rather than self-evaluate, but in any healthy relationship, be it parent-child, spouses, friends, coworkers, or boss-employee, each side must be willing to listen to the other and admit when wrong. This is especially true of the party with more power in relationships where there is a power imbalance, pastor-congregant most certainly being one of those. So again, pastors, my challenge to you is to honestly engage with those in your congregation who are deconstructing. Listen to their concerns. Take them seriously. Evaluate them honestly.

Importantly, consider the best case that can be made for the perspectives of those who are deconstructing; don’t just allow your superior theological education or debate skills win against their less eloquently articulated perspective. Recognize that they could be correct even if they can’t make their case as well as you can make yours. You’re paid to think about these things and may even have an educational foundation that equips you to discuss them. That gives you a rhetorical leg up, but it doesn’t make you right. Read what they’re reading and consider the arguments as posed by fellow thinkers and theologians.

Pastors, for thirteen years I was you. I know the joys and the challenges of ministry. I know the temptation to treat deconstruction like some kind of an attack, and admittedly, it can be just that at times. But I also believe that if you handle these challenges well, both you and your congregation can come out stronger on the other side. If you will walk with people, guide people, shepherd people, as you seriously engage yourself—if you will invite them to join you on a journey—I believe that you can help them deconstruct the ugly, unhealthy, unhelpful, unchristian things that have grown up within evangelicalism, while retaining the beauty of a community centered on Jesus and his command to love.

You can keep people from becoming wanderers, or perhaps more accurately, you can ensure they don’t wander alone.

Will Johnston is a former pastor and a Capitol Hill staffer in the process of reconstructing his faith.

1. As it relates to faith, deconstruction is the process of critically examining one’s religious beliefs and rejecting or modifying those found to be problematic.

2. As is likely obvious from the name, an “exvangelical” is someone who was an evangelical Christian who no longer considers themselves such.