The Nonsense Of Easter 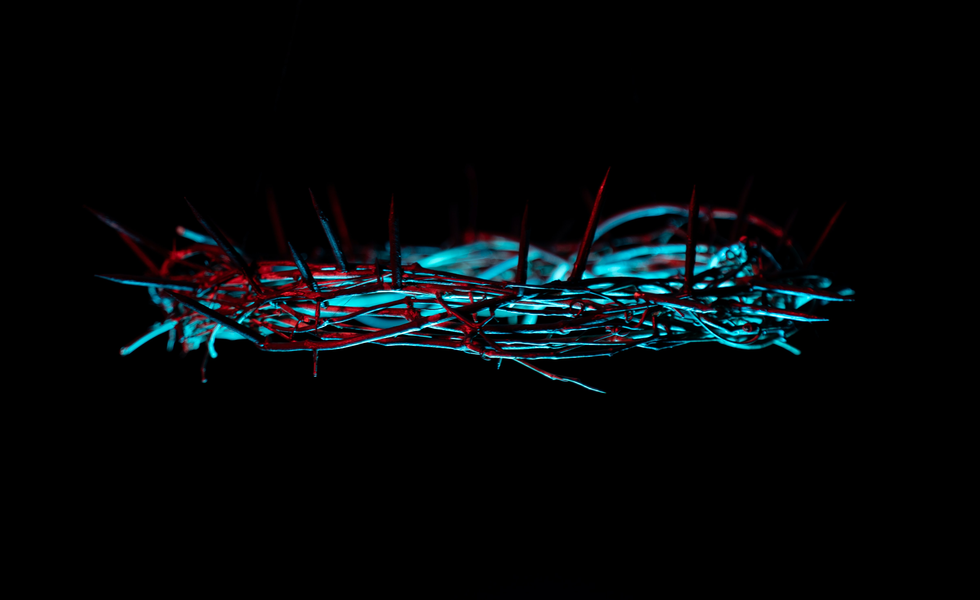 In seminary Hebrew Bible professor Dr. Judith Todd would coax us students along when trying to learn biblical interpretation by saying, “And . . . ,” to prompt us to think more and give a deeper answer than a sometimes quick or facile line of interpretation. And sometimes she would throw in a caution when we were limiting ourselves in textual interpretation: “Yes . . . but . . .,” her voice trailing off to remind us that we hadn’t quite exhausted our reading of the text.

Dr. Todd made us work for our exegesis and insights, and I continue to give thanks for “And” and “Yes, but” and her other cautions to proceed with depth rather than making snap judgments about “what the text is saying.”

In Luke’s gospel, the story of Easter begins on a curious word: “But. . . .” Jesus had been tried, crucified, and his dead body laid in the tomb. It was over. Dead is dead. The curtain was about to drop on the end of what was a tragedy. Then Luke, in his reporting of the account, stepped in and halted folks from thinking the story had ended on such a sad note. “But. . . .”

That word just keeps cropping up in the last chapter of Luke. Ten times the gospel writer tossed that word into his account of what happened after Jesus’ death. You would think the story ends just like we expect it to, for this life we live is shaped by the inevitability of death. Whether we like it or not, as they say, “no ifs, ands, or. . . .”

The empty tomb greeted the women who showed up early. The other two Synoptic gospels tend to make this moment a bit of a spectacle. Mark had the women worried about the stone being too heavy to move. Not to be outdone, Matthew had an earthquake as the stone rolled away. But . . . Luke had the stone already aside, almost as if to say that you should just zero in on the fact that the tomb is empty, and the body is gone.

In my time serving local churches, the church office phone would ring, and it was the funeral director asking me to do a funeral. More often than not, I would meet a family with no church affiliation. While they were glad I was agreeable to help in this time of bereavement, often I would hear this comment while planning the service: “Now look here, Reverend, we’re not religious. Could you keep religion out of the service?” In that moment, I tried not to wince. I am a minister of the Christian gospel, which indeed is to say that I am religious in every sense of the word. But . . .

I know where these folks are coming from. They’ve experienced somebody at some point going on a hellfire and brimstone type rant. Others just don’t have much to say about religious matters, yet they still want somebody to help get them through a funeral. In the Northeast, pastors regularly talk with families who have little or no religious affiliation, yet it is a chance to minister to these folks if one is willing to err on the side of pastoral sensitivity.

To those burned by the brimstone preachers, I tell them I’m not that sort of preacher. To those who are irreligious, I let them know the church is glad to serve them in their time of bereavement and that we believe hope can be found even in such times. I dance all around the word “believe,” trying not to force it, but to offer it as a gift, a ray of light shining in the gloom of grief and loss, a guide to the life we live and the death we all face. Belief cannot be coerced or given in a manipulative way.

However, while eulogizing the deceased, in tending those who gather to grieve and remember, I still give those gentle nudges: words about hope found in the life, death, and resurrection of Christ. I do this because this story of what happened next after the death of a first-century rural Galilean is the story that helps me understand that the funeral does not have to be the last word.

When the women at the tomb heard the words of the men in dazzling garments connecting the words of Jesus to the empty tomb before them, they went to the other disciples. These women shared the first words of Easter faith, yet the men (ironically, the “inner circle” of disciples) rebuffed what they said, dismissing their words as “an idle tale” or, in the Greek text, better said as “nonsense.”

Who would listen to “nonsense” or “idle tales”?

Luke showed a cast of characters who would believe as he moved on from the empty tomb: the inner-circle disciples, the faithful women, the two disciples on the road to Emmaus. None of them can be blamed for taking this contrary news of resurrection as the stuff of nonsense.

But until they had that moment of belief, nothing about this talk of something beyond the expected really added up for them. Luke again stepped into each situation as the narrator, telling of their puzzlement and doubts. And again he tossed in that little word “But. . . .”

Take a look at the plot of Luke 24, that last chapter of the gospel. It’s a marvel that such a long story ends with four little episodes: an early morning at the empty tomb, a midday journey from Jerusalem to Emmaus, then Jesus’ appearance (finally!) in the midst of his disciples, and his ascension to the heavens above with the disciples singing praises to God.

The latter two make sense: Jesus appeared in resurrection glory, and the power of God was evident to all who beheld him. But these first two scenes—empty tomb and Emmaus—the first signs of resurrection, are puzzlers at the outset: a pile of rumpled grave linens and a crusty loaf of bread being broken apart. It seems so bizarre that faith—the Easter faith that affirms new life even in the full knowledge that death has happened, the Easter faith that confounds the best efforts of “the powers that be”—would be kindled not necessarily by words but by these odd things like an empty tomb and a simple meal after a long day’s journey. Idle tales and brokenhearted disciples gave way to the cries of “He is risen!” and “I believe!”

During my years in college and seminary, I would drive the interstate for about an hour, then exit and take a state road due south to head to my parents’ home in southeast Kansas. Right as I rolled to the end of that familiar exit ramp, I encountered three crosses built out of piping welded together to form the familiar cruciform. Two were painted yellow, and the larger one in the middle was painted blue. You couldn’t help but see them as you came to a stop. Truckers stopping for fuel and a piece of pie at the local truck stop, families in minivans heading down the interstate for vacation, college kids in beat-up cars off for a spring break frolic, elderly farmers making their way into town for tractor parts—they all passed by that big cross and the two smaller ones.

Perhaps some folks just saw them as an oddity, something quaint, some relic half remembered from a chance visit (a funeral or a wedding perhaps) held at a musty old steepled church in the town square. Over the years of heading back home for a visit, I passed by those roadside crosses many times. After a few times, I decided I really liked seeing them there and even looked forward to seeing them on my route home. I liked to think that if I rolled down my window, I would hear the voices of two millennia of believers and all the saints in heaven singing, “Alleluia! He is risen!”

Some folks might read this and think I’ve just told them an idle tale. But . . . I tend to call it “belief.” Amen!

Photo by Rey Proenza on Unsplash