The Soul Of The Union 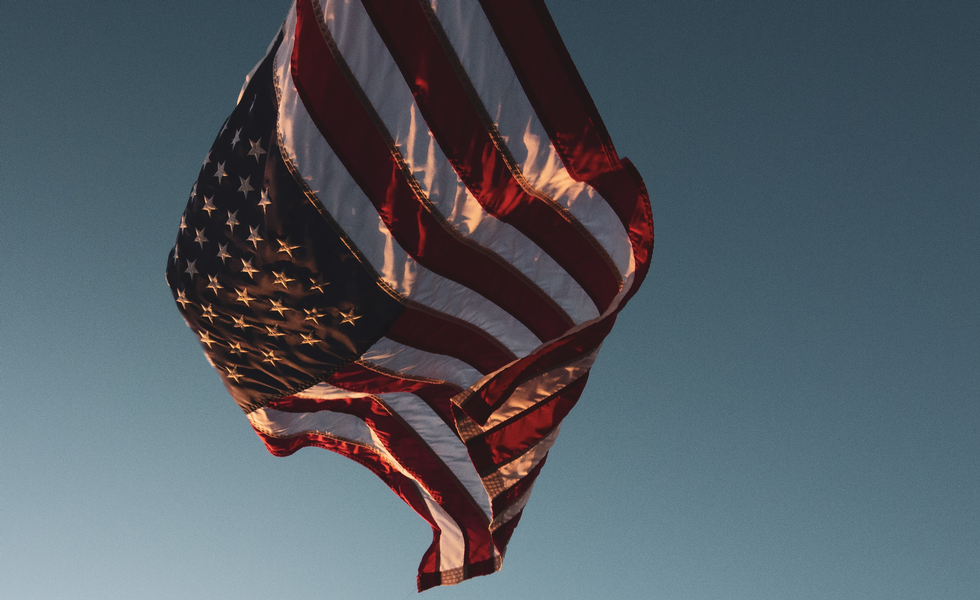 Amidst the unspeakable tragedy taking place in the Ukraine as war reaps devastation on innocent lives and stable communities, one of the great sadness’s is to watch as American political figures double down on the catalysts of division—not disagreement but demonization, not fresh thinking but blaming and shaming—in the face of this aggression.

This week we’ve seen some Republicans try to blame President Biden, his son, “woke” progressives, or even transgender Americans for this invasion. We've also seen some Democrats blame President Trump. But we all know there is only one person responsible for the decision to invade: Vladimir Putin.

And there is only one force powerful enough to stop him: us. Not a divided “us.” And, as we’re fast learning, not even just a united “us” either. Victory demands a country and a free world united against the archaic proposition that war, not peace and justice, is the way to solve our problems.

So, when even in the face of unspeakable suffering we see our public servants apply war-like strategies to advance their partisan interests—in service of more clicks, more votes, more money, and more followers—I feel sick about it. It’s not leadership. It’s not patriotic. In this climate, it’s dangerous, too.

The rest of us can push back.

Most of us are not geopolitical experts, and we may not have much to add to our leaders on questions of sanctions, international alliances, and nuclear deterrence. But here’s one thing we all know: you can’t champion peace abroad if you sow division at home, and we can’t be a force for peace in Ukraine if we are in a pitched battle against each other, refusing to accept responsibility ourselves while pinning every problem on a fellow American.

It was the puncturing of that lie on a global scale after World War II, in fact, that led to the very alliances that are being put to work this week to reduce Putin’s power to make war. And it’s the inspired leadership of Volodymyr Zelenskyy, one of the greatest uniters on today’s world stage, who reinforces one message in every private conversation and public address: we may not agree on policy, but we can unite around our shared commitment to peace.

The Divider Way is especially insidious when applied to the invasion of Ukraine, and we can all see it and fight back. Fortunately, our President already is—building and activating alliances at a scale unseen in history; taking his ego out of the equation; and refusing to conflate Putin with the Russian people. His message has been clear: “only we, together, can fix it.”

But what about the situations where the cost of disunity is not so visceral?

I recently came across some breakthrough research in Todd Rose’s new bestselling book, “Collective Illusions,” that shows just how much the perception of division has colored our reality. We often can’t see it when it’s right in front of our eyes.

For example, Americans of all demographic groups overwhelmingly see individual rights as priority one, i.e., the right to free speech, religion, assembly, and self-determination. This is true across genders, incomes, races, education levels, and geographies.

We are in wild and loud agreement! So why aren’t we being invited to renew our shared faith in these rights and commit ourselves to defending them at home and abroad? It’s because those who profit from the illusion of our division are grabbing the microphone and driving not healthy debate, but outrage and contempt. Why call us together when it pays to scare us apart?

And somehow, dividers have convinced us that we’re living in separate worlds when it comes to raising and educating our children. Again, not true. The vast majority—70% to 90% of American parents and educators—want more support for mental health, social/emotional learning, and inclusive practices. Let's stop lying about whether or not Americans can unite on education. We may differ on important questions of governance and structure, but on the fundamentals of what our children need, we share vision and purpose. It just doesn’t feel that way.

There are still more lies. We are told Americans are so hopelessly torn between justice and safety that we won’t ever be able to stop crime or violations of dignity in our communities. Again, vast majorities of Americans, including most rank-and-file police officers, want a well-supported and highly responsible police force; stronger community mental health structures; and consequences, severe and swift, for the unmerited use of violence and the taking of innocent life. These are not Republican or Democratic positions. They are American positions. And it's time that our public leaders put their energy and resources into implementing them.

And that, we hope, is what President Biden will do tonight in the State of the Union.

We hope that he will give voice to the extraordinary unity rising worldwide and proclaim that not only is the “soul of our nation” wide awake and winning—but so too is the “soul of the free world,” a force so powerful that no bully stands a chance in the end when up against it.

We hope that he will remind us that even as we may disagree on the merits of a trillion-dollar spending package, we all share a commitment to the power of ingenuity and entrepreneurship to grow the middle class and continue to drive transformative progress in every realm of society.

We hope he will remind us that even as we differ on how the Constitution ought to be interpreted, nearly all of us are united around addressing the historic levels of anxiety and depression, grief and trauma facing Americans—especially the mental-health crisis facing our young people that the pandemic has severely exacerbated.

And in that spirit, we hope he will remind us that even we disagree on masks, we all want the same things for our kids and grandkids—and that we are all acting out of love.

We hope that President Biden will share these messages, but we hope that Governor Kim Reynolds will in her Republican response as well. The great opportunities to unleash progress today are not, after all, about left or right. They are about what works in service of our common purpose.

So above all, we hope they will both remind us that when we bully each other at home, we are not only endangering our own democracy, but also risking emboldening the bullies abroad, some of whom are waging a silent war on America by literally encouraging us to call each other names and hate each other more. Lao Tzu laid out the plan in Art of War more than 2,000 years ago: “If forces are united, separate them,” he instructed aspiring warriors. “Put division between them.”

Let’s instead listen to Zelenskyy, who is giving the world a lesson in the kind of leadership that great democracies need most as 40 miles worth of Russian tanks roll toward him and his capital: “Today, more than ever,” he wrote this morning, “it is important for us to feel that we are not alone.”

Exactly. Tonight may be the State of the Union, but we’ll be listening for the soul of the Union. Will you join me?

Timothy Shriver is chairman of Special Olympics International and co-founder of UNITE – an initiative to promote national unity and solidarity across differences. First published by UNITE. Reprinted with permission. For further commentary and news from UNITE partners, sign up for UNITE’s newsletter—Tuesdays with Tim.

Photo by Ryan Stone on Unsplash