What Does The Russian Invasion Of Ukraine Mean For Religious Minorities? 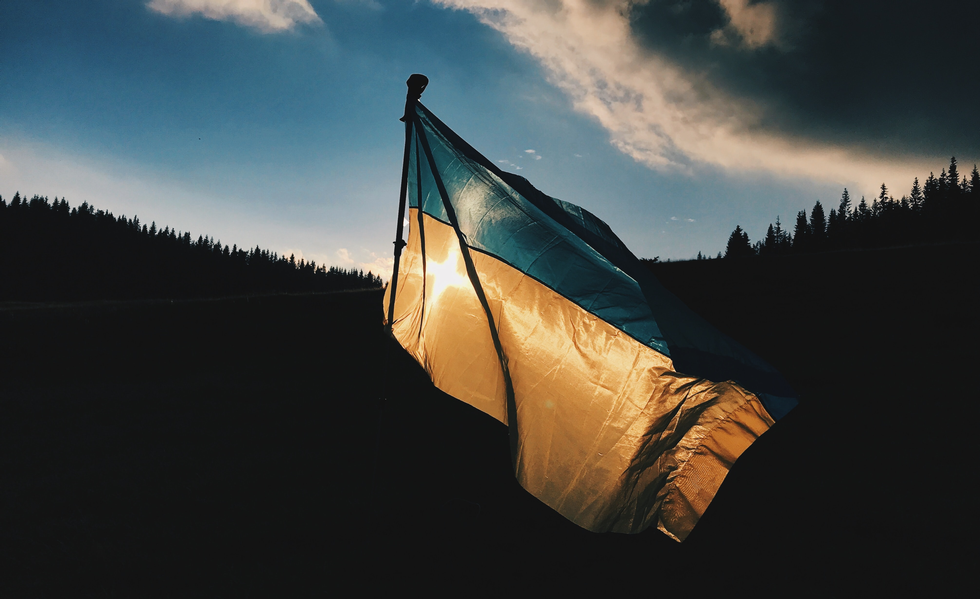 In 2018, the U.S. Commission on International Religious Freedom listed Russia as a “country of particular concern” for creating an increasingly repressive environment for religious minorities. Although in 1990, just before the collapse of the Soviet Union, the Russian Soviet Federated Socialist Republic that was a part of it passed new laws guaranteeing freedom of conscience and freedom of religion, by 1997 many of Russia’s federal districts officially legislated preference for favored “traditional” religions in Russia: Orthodox Christianity, Judaism, Islam, and Buddhism.

These laws excluded Catholics and Protestants, as well as other traditions and religious movements whose identities were no longer recognized. This had negative consequences for the availability of school-based religious instructions in one’s own tradition. In 2017, Jehovah's Witnesses’ movement was disbanded as “extremist” and its assets seized by the Russian state. Members of the movement were harassed and jailed for group prayer until 2021 when the stringent laws were somewhat loosened.

As the example of Tatar Muslim in Crimea and Russia-occupied Eastern Ukraine shows, being a member of the “traditional” recognized religion does not mean that its members’ freedom of religion will be protected. In 1945, under Stalin’s regime, all Tatars were deported from Crimea, where they had been a majority before World War II. Tens of thousands of Tatars perished in exile in Central Asia. After 1989, they were allowed to return to Ukraine and their numbers were steadily growing. Although their land was not reinstated and they suffered economic deprivation, they were able to organize and self-govern as a religious community.

Following the illegal annexation of Crimea in 2014, and invasion of Eastern Ukraine, the new Russian authorities have treated the Tatar Muslim minority with hostility. The Tatars have been subject to surveillance, harassment, intimidation, threats, intrusive and unlawful searches of their homes, physical attacks, and unexplained disappearances. The Mejlis, the Crimean Tatar self-governing highest executive body was forcibly disbanded in 2016 on unfounded allegations of “extremism.”

In the Russia-controlled Donetsk and Luhansk regions in eastern Ukraine, the authorities are chipping away at freedom of conscience and religion by requiring religious minorities to re-register under harsh Russian law that prevents recognition of many of them, essentially outlawing them. Some refuse to apply to re-register with the occupant authorities, thereby losing their legal status and protection they used to enjoy under Ukrainian law.

Members of Protestant churches are among those who have been harassed, jailed, and killed. In June 2014, following a Sunday service, four members of the Protestant Church of Transfiguration in Slovyansk were taken away to be shot by Russia-led separatists of the self-proclaimed “Donetsk and Luhansk People’s Republics.” Their bodies were later found in a mass grave where 20 people were buried. These killings, however, have spurred the Protestants into action—they engage in charitable initiatives delivering food and necessities to towns near the frontlines. While their actions are primarily religiously motivated, the theologian Mykhailo Cherenkov from the Ukrainian Catholic University says that the current events present a chance for Protestants to embrace their Ukrainian national identity. “The war has returned agency to Protestants,” he said. “They now recognize themselves as something separate that is influential,” he explains.

Two days before Russian forces entered Ukraine, the U.S. informed the U.N. that it has credible evidence that Moscow is compiling lists of Ukrainians “to be killed or sent to camps following a military occupation.” The U.S. wrote that religious minorities are included on the list which is not implausible given the recent actions of authorities in the Russia-controlled Donetsk and Luhansk regions in eastern Ukraine.

Baptists are staying put despite the risk. “Pastors in the gray area are not leaving the area,” said Igor Bandura, senior vice president of the Baptist Union of Ukraine. “Christians are determined to take an active part in the needs of the people around them.”

It is understandable that Ukrainian Protestants, along with other minorities may want the democratic Ukraine to prevail. While the situation of minorities in Ukraine hasn’t been ideal, it was in some ways better than in other post-Soviet countries. Notably the current Ukrainian President and Prime Minister are openly Jewish in a country where pogroms used to happen frequently.

Mykhaylo Yakubovch, a postdoctoral researcher at Freiburg University, Germany, and Associate Professor of Religious Studies at the National University of Ostroh Academy in Ukraine says that the situation has been improving. In a conversation via Facebook Messenger he indicated, “In contrast to many other post-Soviet states, as well as some Central European countries like Hungary or Poland, Ukraine made substantial progress [on protecting religious minorities].”

This progress is now under severe threat. As Protestant churches in western Ukraine are preparing to receive refugees from the frontline, a long shadow of Russian military presence is spreading across the country. Ukrainian Baptists are simultaneously hopeful and careful. “We very much hope that our house of prayer will not be needed to shelter people,” said Volodymyr Nesteruk, pastor of Regeneration Baptist Church in Rivne closer to the border with Poland. “But we are preparing so that people can come here, if necessary.”

Dr. Anna Piela is a Polish immigrant, a scholar of religion, and a candidate for ordination with American Baptist Churches USA. She holds a doctorate in Women’s Studies from the University of York, UK. Her second book, Wearing the Niqab: Muslim Women in the UK and the US, was published in 2021.

Photo by Max Kukurudziak on Unsplash