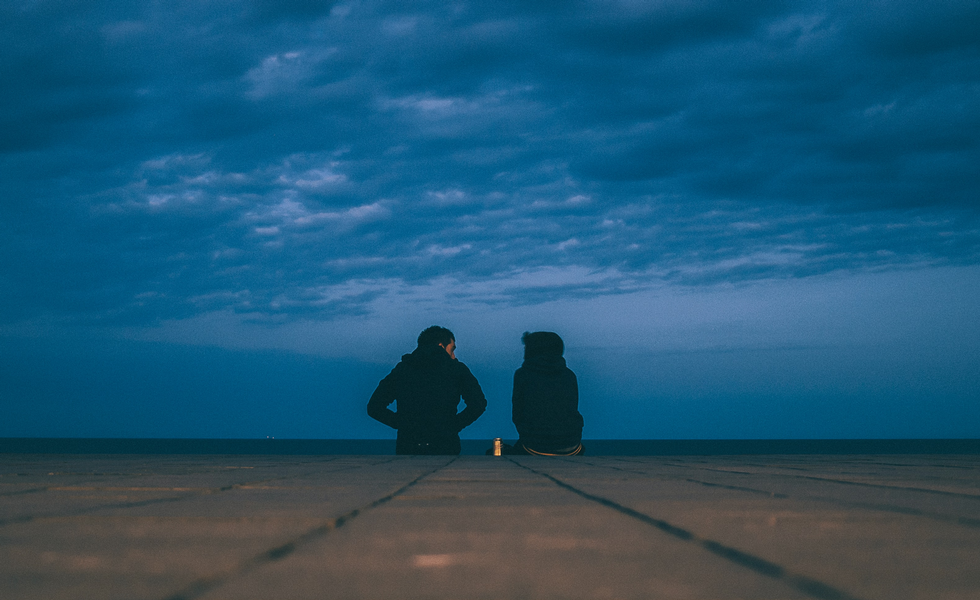 The received wisdom of neighborhood evangelism is the door-to-door ritual.  In this practice the pastor and maybe a few key leaders knock on the doors of the neighborhood, introduce themselves, pass out pamphlets, and maybe have brief conversations. As an introvert this model scares the dickens out of me. As a neighbor whose door is frequently knocked on by do-gooders, this model is annoying. Nevertheless, everyone says door-to-door knocking is the only way for churches to get to know their communities.  I have, however, found a better alternative: the one-to-one conversation model.

This model has been around for decades in the organizing community, but churches have never embraced it. In this model the initiator contacts a key community leader, has a conversation about the community, then asks for two recommendations for who to talk with next. This model is simple (all you really do is listen and take notes), it is efficient (rather than knock on 100 doors with a 10% success rate, you only talk to those who were recommended), and successful (the data collected is amazing). As the church I serve, Judson Memorial Baptist Church in South Minneapolis, Minnesota, approached its 110th birthday, I proposed to the congregational leadership that I would conduct 110 conversations in one year. I sought out colleagues from the organizing community for advice on how to begin and conduct my conversations. I gave myself a year to complete this endeavor; unfortunately, the pandemic prevented me from doing the full 110. Normally I would have been upset about not reaching my goal, but the results from the conversations outweighed any feelings of disappointment.

After three or four initial interviews, I centered on these four questions. One, do you know where Judson Church is located? Two, do you know anything about Judson Church? Three, what are your biggest worries about life and living in this neighborhood? (People will always share their fears before anything else. I learned this when my oldest son was entering kindergarten the teacher asked him, “What do you like to do?” and my kid just looked at her. But when she asked, “What are you afraid of?” he responded, “Bears, bats, monsters.” Ever since, I ask people about their worries, before their hopes). Four, if you had a chance to tell the church where they should direct their energies, what would you wish they would focus on? I finished each interview by asking for permission to take their picture and asking whom they would recommend I talk to next. I also conducted all the interviews in the same coffee shop, at the same table. In order to integrate my findings into church life, every month I would compile a list of who I talked with, what I learned and who I hoped to talk to next and reported it to Judson Church council. At first, they didn’t believe our neighbors didn’t know anything about the church. They couldn’t believe someone thought we didn’t know what the rainbow flags meant. And they refused to believe our neighbors knew more about the playground than what went on in the church building. But each month I kept sharing these stories in emails, newsletters, sermons, and council minutes. Eventually, the stories began to stick.

What I learned was sobering and insightful. I learned that neighbors who live on the same block as the church had no idea where it was or anything about it! They knew where Judson Preschool was, but they had no idea a church was associated with it. Or if they did know anything about Judson Church they knew it was the building that had the playground. One neighbor who lives within a nine-iron shot of Judson talked about how much they liked the yellow Adirondack chairs in our front yard. Two problems with that: One, we don’t have any yellow Adirondack chairs, and two, we don’t have a front yard. This neighbor mistook Judson Church for an Episcopalian Church a mile away. One neighbor did not know Christians could be pro-LGBTQIA+; another neighbor loved the rainbow flags hanging from our building, but thought we were naive Baptists who did not know the symbolism of the flag and instead just liked the colors.

I once heard someone quote Paul Tillich, who said, “The culture asks the questions and the church provides the answers.” My research at the coffee shop proved that the church was answering questions no one was asking. For example, when I asked the neighbors about their worries, they freely listed their worries and fears: gentrification, rising home prices, racial disparities, youth mental health, environmental issues. All would be at the top of the list in any neighborhood in America, but when I asked if they could flesh out these fears and worries, I received pain-filled responses: “I don’t know my neighbors,” “I’m alone,” “I want my kids to be able to walk to school safely,” “I feel helpless to do anything about the environment or racial justice,” “I’m exhausted.”  Indeed, some churches (mostly BIPOC churches) are talking about these issues, but how many white mainline churches are actively working with their communities toward practical solutions?

For years I sat in my office and dreamed about what I thought the community wanted or needed. Never did I think I could just ask them. For years, the church councils and I cooked up programs and messages we thought would attract the neighbors.

47 one-to-one conversations produced the changes at Judson Church. I know 47 door-to-door would not have given us as much data or direction. 47 hours of conversation plus a few hours of meeting arrangements, roughly the amount of time of one fulltime work week. This model plays to the strengths of introverts, does not disturb the times of precious home life, and creates the space and time for deep and informative conversations.

Photo by Korney Violin on Unsplash