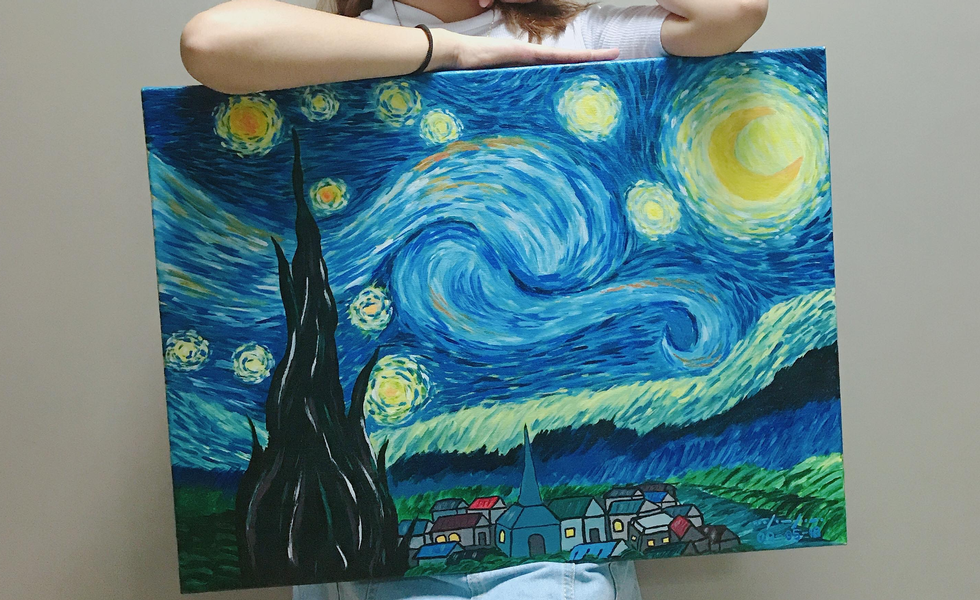 August 2017, I took my family on vacation to Yellowstone National Park. One night we attended a ranger-led program about the night sky. We learned about constellations, the distance to Earth’s closest stellar neighbor, the speed light travels, and so on.

The ranger shared his concern that fewer and fewer people have access to the night sky. The growth of cities, with more than half the world’s population now living in urban areas, means the prevalence of artificial light, or light pollution, blocks the ability of many to enjoy the splendor of the night sky. Increasingly, people live under a blanket of darkness rather than a curtain of stars.

Light pollution has crept into rural areas too. In Saint-Remy-de-Provence, in southern France, the night sky is no longer the mass of swirling, brilliant light Vincent Van Gogh painted in “The Starry Night.” Would such a painting even be possible today?

For thousands of years, the night sky has guided human migration and exploration and shaped the development of conscience and religious sensibility. The Bible includes a host of references to God’s handiwork reflected in the night sky and to questions prompted by the experience of the same. As the Psalmist writes:

“When I look at your heavens, the work of your fingers, the moon and the stars that you have established; what are human beings that you are mindful of them, mortals that you care for them?” (Psalm 8:3–4)

Moreover, God promised Abraham that his descendants would be as numerous as the stars above and the sand below. In a land lacking in water, sand and stars were not abstractions to the ancient Israelites but rather abundant, tangible expressions of God’s presence and promise. If God could make a desert with grains of sand too numerous to count, and a night sky with stars even more abundant, God would likewise multiply the children of Abraham.

On a religious press tour of Jordan, I experienced this abundance of sand and stars in Wadi Rum, the valley cut into the sandstone and granite rock in southern Jordan, east of the port city of Aqaba. T. E. Lawrence, who passed through the area several times during the Arab Revolt of 1917–1918, and later wrote about it in “The Seven Pillars of Wisdom,” described the landscape as “vast, echoing and God-like” and noted “the innumerable silences of stars.”

My companions were writers, editors, and bloggers from diverse Christian traditions and backgrounds. One night, following a traditional Bedouin meal, we walked a short distance from camp. Away from the fire and lights. Into darkness. Some stood; others lay on their backs beneath the sky. Nearby, three camels quietly rested one standing, the others lying down.

One member of our group began to sing. Soon others joined in. Song after song, an impromptu hymn sing between brothers and sisters in Christ who only a week before had not known each other. The Milky Way stretched from one horizon to the other, awesome in its grandeur. Our feet planted in the sand. Our backs to the earth. Above, stars too numerous to count shone like fish in a stream. Our voices rose as one, softly into the heavens, as if to answer the “the innumerable silences of the stars.”

Curtis Ramsey-Lucas is editor of The Christian Citizen and author of #InThisTogether: Ministry in Times of Crisis, available from Judson Press. For more, subscribe to our weekly newsletter.