The Beatles: Get Back— Returning To The Root Of Something Can Be A Productive, If Elusive, Exercise 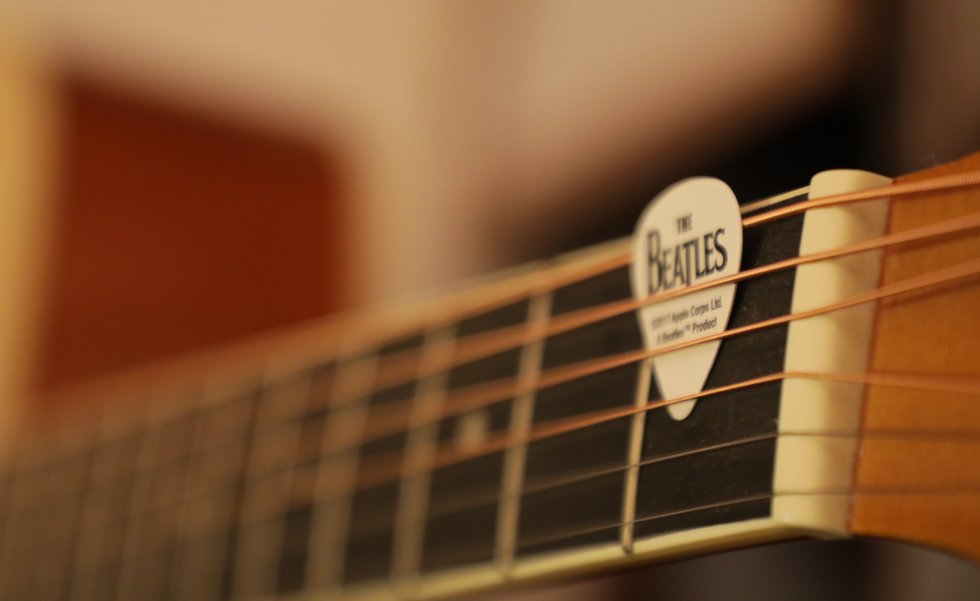 I remember Dec. 9, 1980, like it was yesterday. I woke to the news that John Lennon had been murdered the night before as he returned home to the Dakota Apartments in New York. I was a 13-year-old Beatles fan who idolized the man. My devotion was such that one year later, a friend and I slipped away from a school field trip to gather with other fans marking the anniversary of Lennon’s death outside the Dakota.

In recent weeks, I’ve been listening to The Beatles in preparation for the Thanksgiving premiere of Peter Jackson’s 3-part documentary, “The Beatles: Get Back” on Disney+, which chronicles the recording sessions that ultimately were released as The Beatles’ final album and film, “Let it Be.”

In January 1969, The Beatles entered Twickenham Studios to write and record an album while being filmed for a planned television special. There was also talk of finishing the project with a concert. Locations considered included venues in London, the Giza pyramids, the QE2 ocean liner, and a 2,000-year-old Roman amphitheater in Tunisia.

Those plans didn’t materialize, but the band did finish the sessions with a spirited concert on the rooftop of their Apple Corps headquarters, their first live performance since they quit touring in 1966 and their last public appearance. That concert footage serves as the capstone to Jackson’s documentary just as it provided the end of the original “Let it Be” film.

Apart from entering the studio with little more than song fragments under development, The Beatles were attempting to return to their roots, recording songs live like they did when they started, with few overdubs or the complicated arrangements that would have made many of their songs since 1966 difficult to perform in concert.

Some of the songs cast a backward glance— “Two of Us,” with its chorus, “we’re on our way home,” and bridge, “you and I have memories longer than the road that stretches out ahead,” and “Get Back,” with its admonition to “get back to where you once belonged.” The band dusted off “One After 909,” one of Lennon and McCartney’s earliest compositions, previously unreleased.

The sleeve for the “Let it Be” album highlighted this return to form and proclaimed “This is a new phase Beatles album” when in fact the band had already reached the end of their road by the time the album and movie came out in May 1970.

The word radical, from the Latin radic means root. Jackson’s “The Beatles: Get Back” illustrates the fact that returning to the root of something can be a productive, if elusive, exercise.

Time and again the church has looked to the past to discern what is essential for the present. Radical reform efforts are often backward-looking, like attempting to clear layers of sediment obscuring a foundation or scraping off barnacles to speed the progress of a ship, or attempting to locate the essence of what Jesus said and did beneath layers of historical and cultural accretion.

Political movements also look to the past and some lost, often half-imagined ideal, to critique the present.

In his book, “The Fractured Republic,” Yuval Levin argues that “our political life is now exceedingly nostalgic. The ambitions of most of its various partisans begin with calls for a reversal of some portion of the great diffusion of our national life that has defined the American experience for more than half a century. This nostalgia is at the core of the frustration that overwhelms our politics now.”[i]

Liberals and conservatives engaged in “the politics of competing nostalgias,” as Levin terms it, fail to account for the great diffusion—the decentralizing economic and cultural forces at play and the hyper-individualism animating American society. So, our political frustration continues.

Perhaps what is needed, at least in part, is a goal toward which we orient ourselves and which provides a counterweight to the past.

Politically, the quest for a “more perfect union,” as the Constitution terms it, suggests one such possibility—aspirational yet informed by a realism about the limits of what can be achieved in our lifetimes.

Religiously, Christians follow the path of those who have come before us in faith, who acknowledged they were strangers and exiles on the earth, who desired a better country, that is a heavenly one (Hebrews 11:13-16).

This ultimate reality, toward which we are tending, also breaks into our lives when we love others as God loves us, care for the sick and visit those in prison, welcome the stranger in our midst rather than turning them away.

These actions have political ramifications too, for in desiring a better country that is ever over the horizon, we live in such a way as to benefit the communities and country in which we’re living now.

Curtis Ramsey-Lucas is editor of The Christian Citizen and author of #InThisTogether: Ministry in Times of Crisis, published by Judson Press. For more, subscribe to our Weekly newsletter

Photo by Charanjeet Dhiman on Unsplash