This Thanksgiving, I’m Thankful For The Priesthood Of All Believers 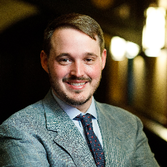 One of the things I struggle with in my ministry has been convincing congregants to celebrate communion with me. At the suggestion, their eyes often go wide with shock. “But I’m not ordained,” they often say. My response, “I know,” followed by an explanation of Baptist theology, rarely does much to calm their nerves. The Baptist tradition’s insistence that everyone can do what I do as an ordained minister is radical, and it is a vision of church that I have always found deeply compelling. Now, during the pandemic, I am finally seeing a glimpse of what it looks like for that commitment to come to life.

It was slow at first. A trusted lay leader asked me if she could count on my support for leading a prayer group. “Of course,” I said, excited that people were stepping up to offer succor during the pandemic through Zoom prayer groups. Some twenty months on, that prayer group is going strong, meeting twice a week, and expanding to include a dozen or so members. It even reached people outside our congregation, connecting a now-congregant to our church. More than that, I have watched this congregant develop her spiritual presence in ways that she scarcely thought possible.

Then another layperson asked what I thought about small groups and whether he might be someone to put them together. I offered some coaching and some books to read, and I figured that one group might actually get started. Several months later, four groups have formed, several different facilitators have emerged, and there is a waiting list to be a part of the group. People gather to share their spiritual journeys, engage in discernment, and grow their relationships with other congregants once a week on Zoom and in person. The congregant who started these groups has continued to grow his capacity in small group facilitation and has said he feels called to that work.

As a result, I ended up starting a Lay and Volunteer Ministry group for people to learn about their own calls to ministry and receive support from me as they do what God has called them to do. We gather to read books together, debrief, and discuss our own calls to ministry weekly. It has been a blessing in my own ministry, and I am so thankful for non-ordained people offering their pastoral gifts to the congregation. In addition to prayer and small groups, congregants have started a program to train each other in pastoral care and support, offer spiritual direction and accompaniment and are considering ways that they might accompany people as they age in the congregation.

The shared ministry model that we have adopted also strikes me as living into a sincere commitment to the priesthood of all believers. So often, the ministry is treated as something that ordained people do, but the priesthood of all believers tells us that everyone is called to ministry and that churches ought to spend considerable time developing everyone’s gifts in ministry and helping them articulate their various vocations. That commitment is centuries old, but it is only in this present pandemic that I am seeing its promise truly come to life. It continues to enrich my own ministry to see it as a shared endeavor with congregants, and I am finding new contours of my own call in the wake of the pandemic. For that, I’m thankful.

Photo by Erika Giraud on Unsplash