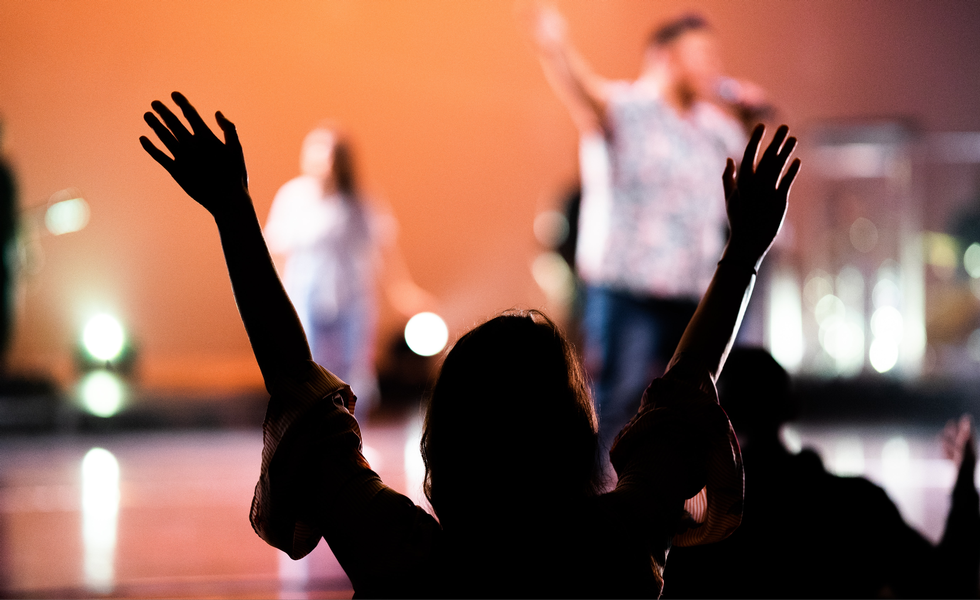 Despite having to “tele-worship” and maintain social distance during the past 20 months or so, is it possible that the Holy Spirit is successfully moving us closer to one another than we could have been previously anyway?

So many church leaders have tried to celebrate the advent of social media and Zoom-related possibilities for new ways of “doing church.” Those possibilities certainly exist, and yet, they come with their own set of problems, as Curtis Ramsey-Lucas points out. I think, in some strange twist of fate or providence, as people have been forced apart physically, they are beginning to relate more intimately in the virtual arena on some level. I for one, although quite the introvert, am big on seeing someone in person with whom I have a cordial relationship for the best possible encounter, yet have found teleconferencing helpful. Depending on the venue, the technology itself often cuts down on the number of people talking at the same time, a major pet peeve of mine. In that respect, it can improve communication.

It is still hard to say what the future of doing and being church might look like. We do know that Jesus was a mobile entity. He was always on the move. Even though he would take time to be by himself for respite, he was almost always with the people to whom he was ministering. Of course, the ancient world was all about face-to-face contact, given the lack of a Pony Express, telegraph, telephone, radio, television, walkie-talkies, FedEx, cellular phones, satellites, Skype, and cloud computing. This guy got around, you know?

I find myself, as I’m sure many others do, concerned about what we sometimes call sacraments or ordinances in the church and how they are executed. Back in the mid-1990s, Rev. David Hansen made these observations:

Baptism and Communion must be celebrated in person; they unite Christians in a concrete way. You can distribute sermons through the mail, either on tape or in manuscript form; you can broadcast sermons and Bible studies over electronic media. But the Lord’s Supper can only be distributed person to person, by hand. And you can’t mail a baptism. You can only dunk, sprinkle or pour in person.[i]

Twenty-seven years later, many might disagree, if out of nothing more than necessity. Things have changed. Or have they? Where do we stand on these vital issues of the church? Call me crazy, but spraying my laptop screen with alcohol spray during a pastoral tele-visit and reciting, “I baptize you in the name of…” seems…I don’t know, a bit off? I’m working my way through all of this just like everyone else. I wish I had the answers for the church. [i] Hansen, D. (1994). The Art of Pastoring: Ministry Without All The Answers. InterVarsity Press, 162.

Of one thing I’m certain: forcing church, that’s no good. Ordained ministers populate both my Caucasian and Cherokee ancestry. We want to avoid conquest ministry at all costs. I’m perpetually concerned about post-colonial Christianity’s obsession with the Great Commission at the expense of the Golden Rule. It has never made sense to me to compel religious belief, which came at a painful and culture-altering cost to my Native ancestors. With that said, what is the task of today’s (and tomorrow’s) Christians regarding the good news of Jesus Christ? If Jesus himself was out in the fray, stirring the thinking and hearts of Jews and Gentiles, how are we newly-masked and socially distant creatures going to best emulate that from behind our electronic devices?

I have gone for long periods of time (I happen to be in one now) of not being formally affiliated with a local church. I am not advocating this for others; it’s just how my life has flowed, especially as I have gained some age and experience, and has been affected by how I have chosen to live out my Cherokee heritage in conjunction with my Christian response. I’m more discerning about what is helpful for me, and it’s not always church as it has been traditionally defined for us. Don’t get me wrong; it’s unquestionably mystical, just not in the way I had expected. Moreover, this rabbi from Nazareth left us with something far more important than denominationalism. He taught us that the only time is now, that we are to live, minister to others, and be salt and light in the now. Where? Wherever we can. Here and now.

How would you continue to spread the good news of God’s kingdom if you no longer had a church (as we have come to understand them) from which to minister? Who would be your audience in the here and now? Whether one is lay or clergy, the question beckons us all.

The Lord be with you.

Rev. Bryan D. Jackson is an American Baptist minister and a member of the Cherokee Community of Puget Sound and the Mt. Hood Cherokees, both satellite communities of the Cherokee Nation. He lives on Vashon Island, Washington, and is the author of Chattahoochee Rain: A Cherokee novella.

Photo by Brandi Alexandra on Unsplash