Trauma And Grace: A Response To Domestic Violence 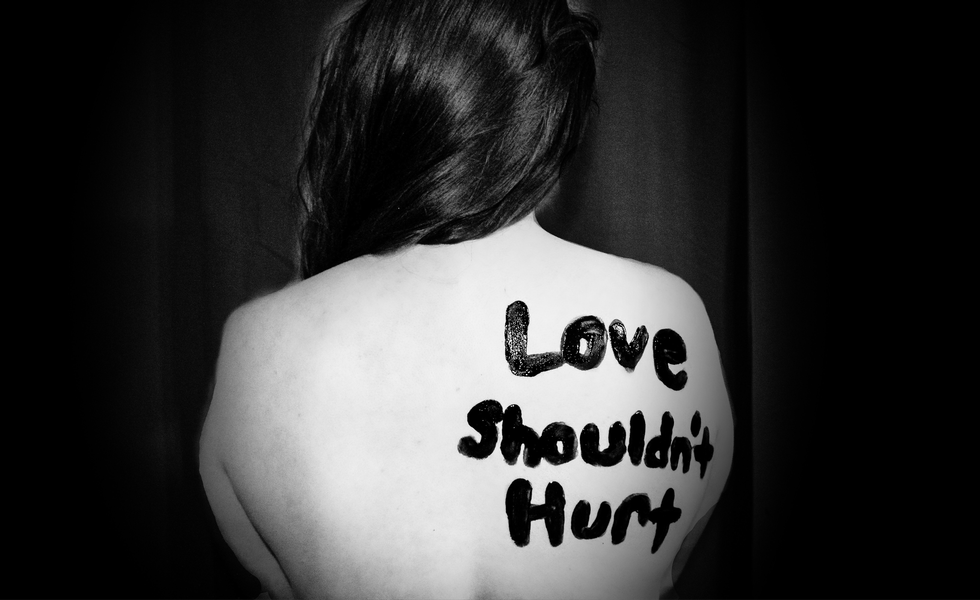 October is National Domestic Violence Awareness Month. While domestic violence is not a subject most of us want to think about, let alone talk about, it is critical for us to do so. In the United States, 20 people are physically abused every minute and an estimated 1 in 3 women have experienced physical violence by an intimate partner. Mentally imagine domestic violence. What do you see? Initially, my picture entails a woman being physically beaten by a man. But this is only a partial picture of domestic abuse, which affects women, men, and non-binary people. Raising awareness around domestic violence requires expanding our picture to include sexual violence, stalking, mental/emotional abuse, and isolating an individual either through physical, economic, or emotional barriers.

Unfortunately, the Baptist church has a checkered past in counseling the survivors of domestic violence. Former Southwestern Seminary President Paige Patterson infamously advised women to remain submissive to their abusive husbands instead of seeking divorce. A flurry of media this year, including but not limited to, Christianity Today’s podcast “The Rise and Fall of Mars Hill,” Beth Allison Barr’s “The Making of Biblical Womanhood,” Kristin Kobes Du Mez’s “Jesus and John Wayne,” and Tiffany Bluhm’s “Prey Tell” all illustrate the modern implications of a generational reluctance to hold men accountable for abuse. (This is in no way to suggest that men are not also survivors of abuse, however, statistically women are likelier to experience domestic violence.) Given these statistics, we should expect a number of women and men and children in our congregations dealing with current domestic violence situations or recovering from the trauma of them. What then shall we do?

The Bible does not give us great examples on how to do this, but in it we do find horrific stories, which should cause such discomfort that we should immediately pause and sit with the pain and trauma the characters are dealing with in that moment. While there are many, I will give only two examples. The first is Judges 19, the story of the Levite and his concubine. Very few stories in the Old Testament convey such an explicit picture of the fallenness and depravity of humanity. The concubine is physically and sexually abused, treated as a piece of property, her body mutilated. The second story is the story of Tamar, David’s daughter (although the other Tamar would also fit) in 2 Samuel 13. Tamar is raped by her half-brother Amnon and David essentially does nothing to punish his eldest son for raping his daughter. Again, the value of the woman is discounted.

We instinctually know that these are extreme examples, but the underlying ideology mirrors that of Patterson’s advice to the abused wife. Women, be subservient to men, pray more, it is your responsibility to not provoke abuse from your husband. This October, flip the narrative. It is never a person’s responsibility to keep another person from abusing them. What utter nonsense it is to believe anything different. We should loudly and vocally exclaim that abuse of any kind is wrong, that survivors are not required to remain in relationship with their abuser, and that as a church we walk alongside those recovering from trauma. This will be painful because it may illuminate ugly truths about people in our congregation. It may force us to be uncomfortable as we work with survivors, but it will also be an extension of grace to say, “I see you, I see your pain, your trauma, I believe you, and I will sit with you.”

Dr. Claire Hein Blanton is an ordained Baptist minister in Houston, Texas. She received her PhD in systematic theology and ethics from the University of Aberdeen.

Photo by Sydney Sims on Unsplash