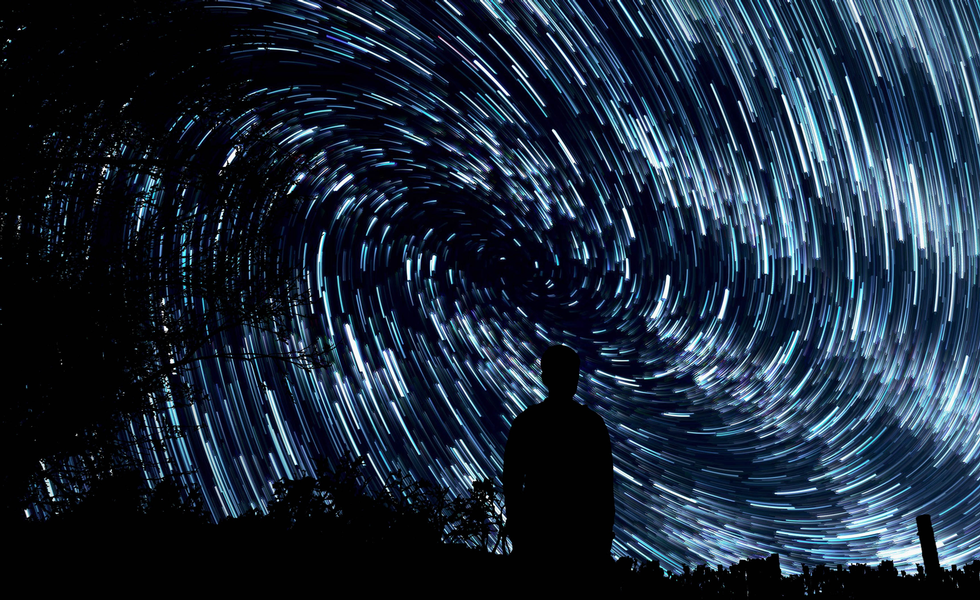 If we can define pastoral care as meeting someone at the point of their spiritual need, is it unreasonable to implement or receive spiritual care from a space/time perspective?

Ancestral theology, for those of us who have ascribed to and practiced it, can help define the experience of a comforting, informative visit from ancestor to descendant that opens that descendant’s eyes and heart to God in new and meaningful ways. Though it’s often attributed to Native American practice, anyone can ask for and attain this sacred interaction. Much like our faith in Christ himself, it falls under the criterion of belief.

National Pastoral Care Week (October 24-30, 2021) calls us, as professionals, to continually examine the diverse ways in which we can discuss and deliver spiritual care to others. Unquestionably, the pandemic has caused caregivers of all kinds to reconsider methods of spiritual delivery. Some Christians tend to view Jesus as the only entity with the ability to travel through space and time to meet them at the juncture of their need. Admittedly, I was one of these persons early in my adult Christian experience. It did not occur to me until later, by way of personal experience, that my ancestors might visit me in some of my greatest times of distress.

Permit me to offer an example. Some years ago, while engaged in a chaplain residency program during my second year of clinical pastoral education (CPE), I was discerning whether I wanted to remain in chaplaincy amidst growing stressors in my life. Moreover, I was spending the academic/supervisee portion of the year learning more about my Cherokee heritage and applying that identity to my personal and professional life. I did not, at that time, have access to a legitimate tribal community as I do now.

Like my fellow resident chaplains, I shared the on-call rotation. My pager alerted me at 3 a.m. (as they so often do), and, after throwing some water on my face, I soon found myself in the hallway headed toward the elevator. I was depleted from recent weeks of constant crisis care, and at a point of spiritual and psychological exhaustion. As the elevator doors opened, I pondered what I could possibly say to the parents of a dead 10-year-old child to whom I was just called to minister. For the first time in a long time, I felt like running—despite the exhaustion, just tearing out of there like a rocket. (I used to be the fastest kid on the block, but I digress.)

In 1872, Judge Richard D. Winn journaled about many of the prominent citizens of Gwinnett County, Georgia, an area that was then part of the early Cherokee Nation. He wrote about my ancestors, the John Rogers, Jr. family, in his chronicles of the area. Reminiscing about my Cherokee third grandaunt, Mary Rogers (McNair), Judge Winn offered:

I never saw any of the daughters except Mary, the oldest. I remember her well when she was just growing up and was just from school. She was a beautiful girl with a lily complexion, glossy black hair and beautiful black eyes. I think she was educated in North Carolina and, to my young mind, was one of the most lovely women I ever saw. The memory of her sweet face still haunts me after these forty long years…[i]

Native Americans have a tendency to think in circular fashion rather than linear. I stepped into the elevator, watched the doors come together, sighed, and closed my eyes. Now, I couldn’t tell you if I was on that elevator for one minute, one month, or two hundred years. But that’s when Mary appeared, in a sudden burst of stunning, safe, comforting light. She was, as Winn had noted, beautiful. She stood in a circle with others, their faces a blur. She reached out her hands and took mine in hers. I remember they were quite warm. She said, “I have walked in thin shoes through snows and freezing cold you cannot imagine. I understand your anguish. I will be with you. We will be with you. Fear not.”

The elevator chimed and the doors opened. To this day I cannot recall what I said to those parents when I arrived downstairs in that most holy of holies, the child’s room. Perhaps it was merely a ministry of presence; I don’t know. But whatever I said sustained them during what had to have been their most difficult hour. It was as if a sacred fire had come upon the altar of personal pastoral care. I take no credit for it. That one goes to Mary and the Great Spirit.

If you’re wondering if I place the concept of salvation in the hands of my ancestors, I don’t. Restoration, yes; ultimate salvation and redemption, no. I suppose that if I did, there would be no need for me to be Christian. Somewhere, though, in that chasm between Christ and me, rests a tribe of spiritual warriors with whom I’ve been privileged to interact. I think it’s important that we keep an open mind about what others may enjoy as sacred and work within those parameters to meet them at the point of their need.

Thank you (wah doh, in rough phonetic Cherokee) for allowing me to share this experience of ancestral theology and pastoral care. We are at our best when we are open to the ways and means God uses to restore our souls. The ancestors patiently await our requests for help. Let us not disgrace them when their presence becomes obvious.

Note: Mary Rogers McNair traveled the Cherokee Trail of Tears in the Bell Detachment from October 1838 to January 1839. [i] during one of the harshest winters on record. Mary McNair is listed on the Cherokee Drennen Roll of 1852, in group 476, Saline District, Indian Territory. [ii] She died in Pryor Creek, Oklahoma, in 1861.

Rev. Bryan D. Jackson is an American Baptist minister and a member of the Cherokee Community of Puget Sound and the Mt. Hood Cherokees, both satellite communities of the Cherokee Nation. He lives on Vashon Island, Washington, and is the author of Chattahoochee Rain: A Cherokee novella.

Photo by Jeremy Thomas on Unsplash