Our Sacred Right To Vote 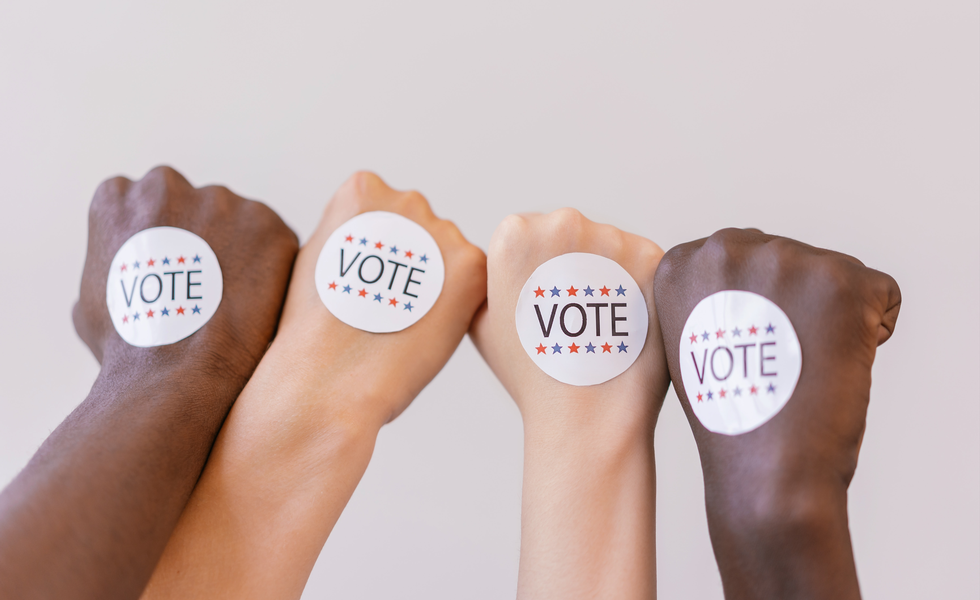 On September 29 our most recent virtual gathering of The Justice Dialogues took place to engage the role of Christians in rebuilding America’s democracy. Rev. Adam Taylor, president of Sojourners, spoke on the real impacts of voter suppression and myths of voter fraud as American Baptist partners shared their experiences on voting right from across the nation.

We heard from faith leaders such as Randolph Miller who made known that Oregon residents have voted by mail for the last 25 years where he lives, which further dispelled the misconception of election fraud through mail-in ballots. Meanwhile, Corey Fields raised the question on discipleship by asking how we can continue to encourage people of faith who are likely uplifted by a 30-minute sermon on Sunday but discouraged by news coverage seen throughout the week.

The conversation on protecting our sacred right to vote gave me space to reflect on my experience voting in the 2020 election as a new resident in Pennsylvania. I went to the polls on election day, November 3, wearing my clergy stole to diffuse any potential problems or intimidation at the polls for myself or others. In the week prior I was turned away, along with a lengthy line of around 50 people from voting early at a local community college that closed over an hour before the poll was meant to end. When I made plans to go into the only location left to vote early in the county the next day, I received misinformation from the election office telling me voting had already stopped, so instead I found myself reporting voter suppression from the barriers I encountered to vote in Pennsylvania.

I had never expected the process to vote in person to be so challenging leading up to the election. I’m certain I was not alone in my experience then, which shows that voter registration matters and practicing the right to vote is more important now than ever.

In a recent webinar, Faiths United to Save Democracy, Atty. Sherrilyn Ifill named that there is a lack of shame showing up in legislation at the state level in honoring the right to vote. Sherrilyn said, “there are laws being passed that are designed to mute and undercut the power of mobilization” as states have introduced more than 400 bills and endorsed more than 30 laws that present impediments for people to vote. So, it has become critical to stop laws like them at the state level and mobilize around the passage of voting legislation at the federal level with the John Lewis Voting Right Advancement Act and the Freedom to Vote Act.

As people of faith we have a responsibility and opportunity to use our voice to protect the sacred right to vote and better ensure freedom in the health of our democracy.

“When you see something that is not right, not just, not fair, you have a moral obligation to say something. To do something. Our children and their children will ask us, ‘What did you do? What did you say?’…But we have a mission and a mandate to be on the right side of history.”

Almighty God, we are people created in your image. Let our imago dei help us live in freedom and vote in fair elections as we implore our voice to create change and bring justice. Give us space to mobilize in states where laws are enacted to restrict and suppress our sacred right to vote. May we take seriously our duty and divine responsibility to empower and uplift the legacy of freedom fighters who have come before us. Grant us the courage to stand up for equity that we may persist until it comes.

Photo by Mikhail Nilov from Pexels