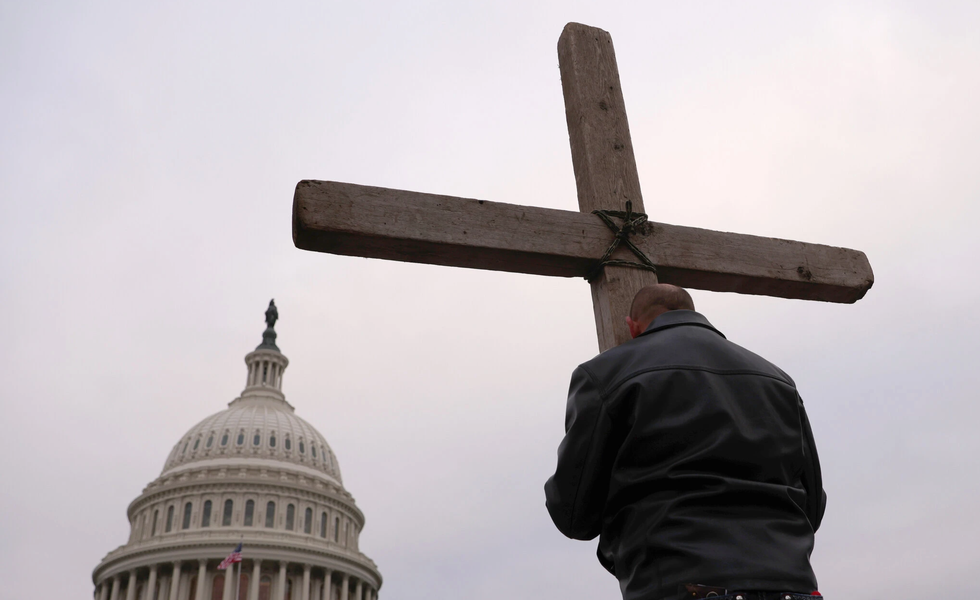 by Rev. Dr. Mae Elise Cannon for The Christian Citizen

Recently, I’ve had the great privilege of being a part of a growing movement of evangelicals—people of color and whites—standing up against Christian Nationalism. After witnessing the horrific events of January 6th at the nation’s capital—especially the prayer in Jesus’ name in the Senate chamber—many of us asked, “how can we continue to be silent?” Not led by any particular organization, many of us joined together in a statement against Christian Nationalism. We hosted a prayer service on Ash Wednesday and continue to be engaged in conversation and advocacy around how to maintain credible evangelical witness in the public square. By early March, more than 2,000 evangelical and evangelical-adjacent leaders had signed on and become a part of a movement to Say No to Christian Nationalism.

Christian Nationalism has its foundation and roots in the ideas of American exceptionalism—specifically, that God blessed the United States and has a unique purpose for her destiny above and beyond the divine purpose of other nations around the world. Consider the historic ideal of Manifest Destiny, an ideology used to justify westward expansion, including the eradication of any people or wildlife that got in the way. Manifest Destiny was the ideological (and religious) belief used to justify the slaughter of millions of Native Americans during the founding years of our nation. I and the co-authors of Forgive Us: Confessions of a Compromised Faith wrote about Manifest Destiny as a narrative that asserts “God wants humanity to accumulate wealth; that God’s chief desire is for humanity to civilize creation… and exploit it without consequence” and asserts that these actions are justified no matter what (p. 73). Christian Nationalism in the United States is based on these same assumptions with the caveat that the U.S. has a unique role in the “civilizing” of creation (and the world).

Manifest Destiny and Christian Nationalism are sin. They elevate the prosperity of a singular group of people (historically white males) and the prosperity of a nation (the United States) over the best interest of humankind and the world. Sadly, we saw these false ideals elevated in the actions against the U.S. Capitol Building on January 6. And many of the protestors acted in the name of Jesus.

How does this relate to my work at Churches for Middle East Peace (CMEP)? Much of our work focuses on the humanitarian and economic concerns and the human rights realities that are consequences of the ongoing Israeli-Palestinian conflict. For many Christians, the Jewish people of Israel and around the world play a significant role in their understanding of the purposes of the kingdom of God. Specifically, many Christian Zionists and others hold to eschatological beliefs that the restoration of the Jewish people to their historic homeland (i.e., the modern nation-state of Israel) is a prerequisite for the second coming of Christ. While those theological considerations are beyond the scope of this short piece, it is well worth the time to learn and study what the Scriptures teach in these matters. I edited a resource called A Land Full of God: Christian Perspectives on the Holy Land that addresses these questions from various theological perspectives.

At this moment, what’s important for all of us to understand is that any kind of exceptionalism—be it Christian Nationalism, American exceptionalism, or Christian Zionism—creates an opening for the privileging of some over others, and ultimately presents a breeding ground for the activities we saw on January 6 and other ongoing manifestation of injustice. My hope and prayer in our political activism and our Middle East advocacy is that our efforts promote the dignity of all people, understanding every individual as imago Dei—made in the image of God. The belief in the dignity of every individual, be they Democrat or Republican, Palestinian or Israeli, is essential if we are going to be advocates of equality and agents of justice. This is my prayer: that our engagement in political action embraces the principles of equality and justice for all people—from the U.S. Capitol Building to the Middle East. Christian witness is at stake. Might all who follow Jesus commit to denouncing Christian Nationalism and offering a more compelling witness for the sake of our faith, our country, and the world.

Rev. Dr. Mae Elise Cannon is the executive director of Churches for Middle East Peace (CMEP). She is the co-author of Forgive Us: Confessions of a Compromised Faith and the author of several books including the most recent Beyond Hashtag Activism: Comprehensive Justice in a Complicated Age.