The Way Of Belief—seeing God At Work In The Midst Of Things, Doing Something That Surpasses All Expectations 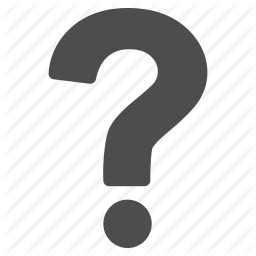 by Rev. Jerrod Hugenot for The Christian Citizen

Easter was an odd experience in the midst of a chaotic calendar year. The way the pandemic unfolded, we found ourselves more like the early disciples in John’s Gospel: trapped in a room behind closed doors.

Uncertain, the faithful were not quite able to engage in the festive “Alleluias” of later tradition.  For that first Easter (and our 2020 version), the disciples trembled, uncertain about what would come next.

In the Sunday readings after Easter, we hear the story of John 20:19-31, one with the faithful being given the peace and assurance of the Resurrected One, and then again, though with Thomas and that legend built up around his doubting status among the disciples. The popular image from Sunday school quarterlies comes to mind, with Thomas kneeling in awe before Jesus, touching the nail marked hands.

Trouble is the text never says anything about Thomas actually touching the wounds of Jesus. While the imagery is quite popular, John tells Thomas’ story with a different spin on faith and belief. Read the story carefully again: Thomas hears of the resurrected Jesus and claims he will believe it only if he sees Jesus and even touches his nail-marked hands and wounded side. When Jesus appears before Thomas, Jesus gives a word of peace and then offers himself before Thomas to allay any further suspicion or uncertainty. “Do not doubt but believe.” Thomas immediately replies: “My Lord and my God”, a statement of belief, so instantaneous that he has yet to approach Jesus and touch his wounds. In this moment of encounter, Thomas believes, even when he stated he needed to see and touch Jesus to believe.

If you read John’s gospel, especially the twentieth chapter, you will find that Thomas has gotten centuries of bad press, singled out as the “doubting” disciple. Read chapter 20, the “Easter” story of John’s Gospel and you will find Thomas is not alone. Here, you encounter a cast of characters who struggle to believe populating the Johannine Easter:

Strangely, every single one of them is part of Jesus’ inner circle, those who have heard his teachings, accompanied him all along the way, and yet, in the aftermath of that fateful trip to Jerusalem, these disciples disbelieve the news of Christ’s resurrection. Seeing Thomas in the larger context of John’s story, you realize that there is a bigger story afoot on Easter in John’s gospel. Jesus has been lifted up from death by God, brought into the glory of resurrection, yet each time the resurrected Christ encounters an inner circle believer, they need help believing this has come to pass!

When Jesus stands before Thomas, he says to him, “Do not doubt but believe.” The Greek text does not use the word “doubt.” Instead, the Greek text translates: “Do not be unbelieving but believing” (Gail O’Day, “John,” NIB, Vol. IX: 850) Fr. Raymond Brown, a significant 20th-century scholar of John’s gospel, renders Jesus’ word to Thomas: “Do not persist in your disbelief, but become a believer.”

Brown suggests that the crisis of belief among these inner circle disciples is part of the Gospel of John’s teachings about belief. Jesus heals people, changes water into wine, and even raises Lazarus from the dead. For some characters in John’s gospel, they find themselves “believing” only in part—drawn to the miraculous element, giving Jesus honor and respect for his powers, but when it comes to the resurrection, they struggle to see the fuller story.

Going back through John’s gospel, we find Thomas appearing two other times, less known than this Eastertide text. Thomas appears in what seem “blink and you might miss him” cameos, but if you know John’s love of telling stories even with the minor characters, you pay attention. This so-called “doubter” is sometimes the braver of the disciples. When Thomas enters the plot, he speaks up at times when he is perceptive and at times when he is struggling to understand, giving voice to the mixed feelings within the inner circle.

When Jesus goes to Lazarus’ burial site, Thomas knows the consequences of Jesus traveling where his opponents among the religious establishment can more easily catch him. In the words of Baptist Johannine scholar Alan Culpepper, Thomas is “the clear-eyed realist who knows that following Jesus back to Judea means risking death.” When Thomas is confused about Jesus’ teachings about his coming death and resurrection, Jesus offers the teaching about his being “the way, the truth, and the light.”

Culpepper suggests Thomas is more of a realist, one interested in the practical and not at all interested in abstract concepts or ideals. In other words, Thomas is far much more like the rest of us. The world works a certain way. Culpepper says, “Realist more than doubter, Thomas stands in for all who, like Mary Magdalene, embrace the earthly Jesus but have yet to recognize the risen Christ” (Anatomy of the Fourth Gospel, p. 124)

You really should not fault Thomas. His worldview is quite rational: “dead is dead,” end of story.

In John’s gospel, Fr. Brown notes there are two types of believers. One type believes due to being “superficially impressed by the marvelous.” One encounters a “light weight” belief in John, those who give belief to the extent you have to be impressed with spectacle (whether it be commenting on the fine taste of the sudden vintage of wedding wine or predicating belief only upon seeing and touching the wounds of Christ). After the resurrection, however, these sorts of believers are unveiled as holding shallow beliefs. If you are to understand the full message of the gospel, a deeper belief is required.

Brown suggests that the deepest belief, the one that embraces with joy the glory of Christ’s resurrection, is the one that understands what is happening beyond the most visible signs. Belief comes by seeing “a heavenly reality behind the miraculous, namely, what Jesus reveals about God and himself” (John, Anchor Bible, Vol. 29A, 1050). It is one thing to see the empty tomb. It is quite another to see God at work in the midst of things, doing something that surpasses all expectations.

Becoming a believer is what the Easter faith calls us to embrace. As John's gospel puts it, these things are written down so that you may come to believe. These words are offered to you so that you, who have never seen Christ as these disciples did, may believe and have life.