This Holy Week, Let Us “go In Peace” 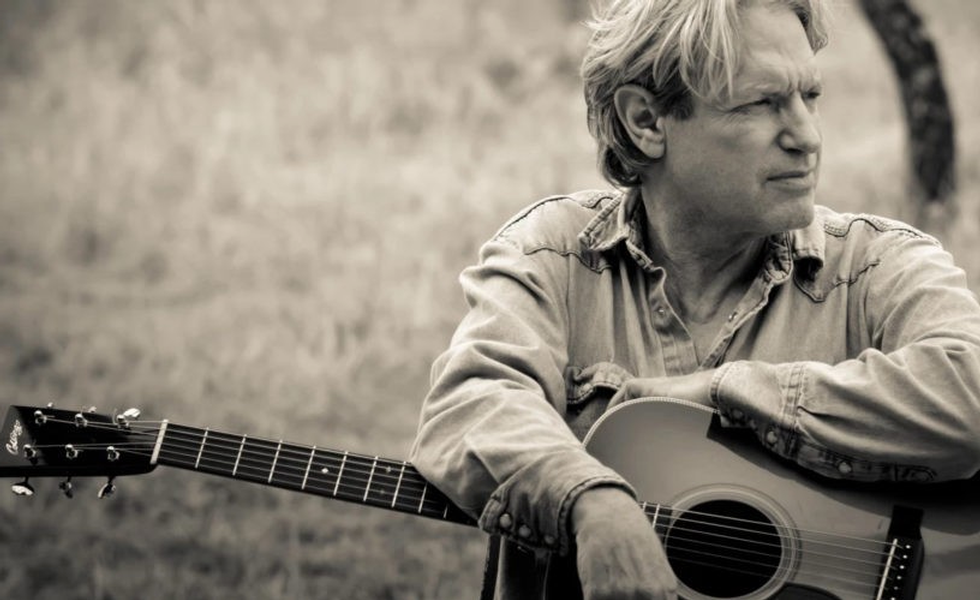 Sam Baker did not start writing music until after he nearly died. In 1986, he was on a train in Peru headed to Machu Picchu. He was 31. A bomb planted by the Peruvian terrorist group the Shining Path exploded in the luggage rack above him.

The passengers he was seated with were killed. Shrapnel tore through Baker’s body. He suffered a brain injury, severe hearing loss, broken bones, a cut artery. He required over 15 reconstructive surgeries.

“Somehow during his long recovery, songs started coming to him,” said NPR’s Terry Gross in the introduction to a 2014 interview with Baker. “Several of them are related directly to the attack and his near-death experience, while others are like short stories, written in the voices of characters. Some of his most beautiful songs are like hymns.”

I first learned about Sam Baker through a sermon at my church, University Baptist in College Park, Maryland. Later, the music minster invited me to learn to play and sing one of his songs in worship. “Go in Peace” from Baker’s fourth album, Say Grace, is a benediction in song, simple in its construction, powerful in its effect.

The day behind us

By some good pleasure

Last year, I sang the song on what turned out to be the last Sunday our church gathered fully to worship in person before the coronavirus pandemic forced the building closed. I played it again several weeks later with just a handful of people in the sanctuary leading a service that was live-streamed.

A man from the congregation emailed to thank me for the song which he said had given him a great sense of calm as he waited in the hospital to undergo a surgical procedure. I relayed his appreciation in an email to Sam Baker with thanks for his beautiful music.

To my surprise, I received a response later that day. “I am deeply grateful,” Baker wrote. “These are such strange and otherworldly times.” He thanked me for “offering a place of peace and comfort to those of us who are afraid.”

Sam Baker’s brief, beautiful song has kept me going through these strange, otherworldly times of death from a virus on a scale not seen in over a century, of lives and livelihoods disrupted, of businesses, school buildings, churches and other houses of worship closed.

As in 2020, this Easter many Christians will observe the events of Holy Week in their homes. They will remember that when Jesus gathered his disciples for a final meal before his betrayal and arrest, he spoke plainly to them about what was coming and where he was going, about the spirit who would come later to guide them, and about God who he trusted to be with him through it all.

“I have said these things to you, that in me you may have peace. In the world you will have tribulation. But take heart; I have overcome the world.” (John 16:33).

Pandemic or no, in the world we have tribulation. Do not be discouraged. Take heart. Keep the faith. Fight the good fight. Do not lose hope. Speak plainly to those you love. Above all remember—in Jesus there is peace and Jesus has overcome the world.

To this I would add, go in peace, kindness, love, faith, and grace. There is no better way.

Curtis Ramsey-Lucas is editor of The Christian Citizen. Listen to his version of Sam Baker’s “Go in Peace” on YouTube.