Where Do We Go From Here? A Response To The Attack On The Capitol 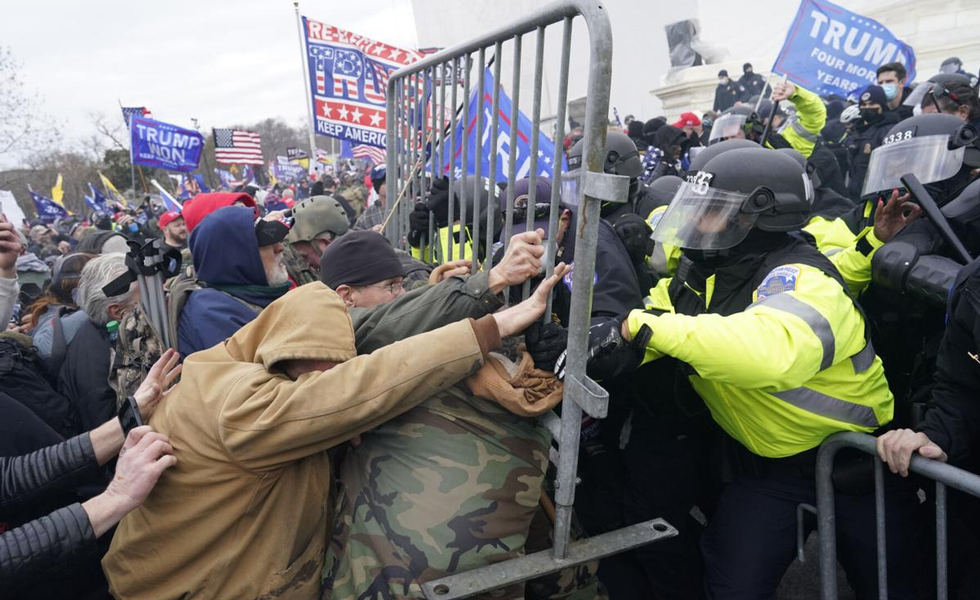 When I was in college, I participated in a rally and march in Washington that began at the Capitol and ended at the White House.

During the march, several who weren’t part of the group I was with, broke off and spray-painted obscenities on a government building. They wore bandanas to conceal their identities even though this was long before ever-present security cameras and facial recognition software.

I was shocked—so much so that it is what I remember most from the day; not what was said by speakers at the rally, or much else of the march, but a moment that lasted all of several seconds. Why? For one I am a rule follower and spray-painting government buildings broke the rules. Second, it was an act that stood in direct contrast to the non-violent goals and aims of the march. We were there to protest peacefully, to have our voices heard, to share our concerns. Vandalizing government property stood in stark contrast to all of that.

The right to peaceably assemble and to petition the government for a redress of grievances, which the First Amendment protects, is a hard won right that each generation of Americans must defend anew. Millions have served in the military to ensure it. Thousands have given their lives in its defense. And its defense extends beyond those who have served in our armed forces. Those who stand up for religious freedom are also standing up for the right to assemble. Those who exercise their free speech and support a free press are doing the same.

The genius of the First Amendment is not that it begins with the establishment and free exercise clauses which pertain to religion. The genius of the First Amendment is that it nests these important restrictions on the reach of Congress within related constraints on abridging the freedom of speech, or of the press, or of the right of the people to peaceably assemble. By securing these freedoms, public life in the American context is possible. Elsewhere the Bill of Rights helps maintain our privacy (see especially the Third and Fourth Amendments), but it is the First Amendment that protects the public square and our access to it.

When President Trump's supporters assembled in Washington January 6, they had every right to do so peaceably. They had a right to gather near the White House and to march to the Capitol to demonstrate their support for the President. They had a right to share their concerns regarding the 2020 election and to seek a redress of grievances. But that is the limit of what they had a right to do. Damaging and stealing property, assaulting police, forcing their way into the Capitol on the basis of their beliefs about the election or their feelings about it, is not Constitutionally protected behavior—nor should it be. That path leads to anarchy and to the rule of the weak by the strong.

Civil society requires the recognition of limits—limits on the power of government, surely, but also limits on the power of the people acting independent of the organs of government. In Federalist 51, James Madison warned, “It is of great importance in a republic not only to guard the society against the oppression of its rulers, but to guard one part of the society against the injustice of the other part. Different interests necessarily exist in different classes of citizens. If a majority be united by a common interest, the rights of the minority will be insecure.” In the federal republic of the United States, Madison believed, the “society itself will be broken into so many parts, interests, and classes of citizens, that the rights of individuals, or of the minority, will be in little danger from interested combinations of the majority.”

In America today, it is clear that a radicalized minority, with the backing of the President, poses a risk to the republic—one that is perhaps greater than past majorities united by common interest. What then are we to do? Where, in the words of Martin Luther King, Jr., do we go from here?

King, thinking more broadly than our national context, suggested we must learn to live together in this world house we have inherited as brothers, or we will perish as fools. Recognition of our relatedness as Americans, however disaffected from one another, would help us make a start toward a more peaceful and prosperous future for all. But this is not enough. In recent weeks, some argued we must choose country over party and while I agree that party affiliation ought not take precedence over our allegiance to country, this too is not enough.

As Christians, our allegiance is to something greater than country however much we may also love and cherish the nation of our birth. Our allegiance is to “a better country, that is a heavenly one” (Hebrews 11:16) that stands ever over the horizon, an exemplar of all that we ought to work to see made manifest here and now.

In the weeks and months ahead, let us renew our allegiance to that better country. Live as its representatives in your church and community. Share its commitments including love of neighbor and the familial bond of all who believe. Work for peace, justice, and reconciliation in your neighborhood and beyond.

That we have been measured and found wanting does not mean our circumstance is fixed and our fate final. We may yet choose the path set before us by the prophet Micah—to do justice, love kindness, and walk humbly with God (Micah 6:8).