In Hyper-partisan Times, Remembering The Work, Witness Of Dick Thornburgh 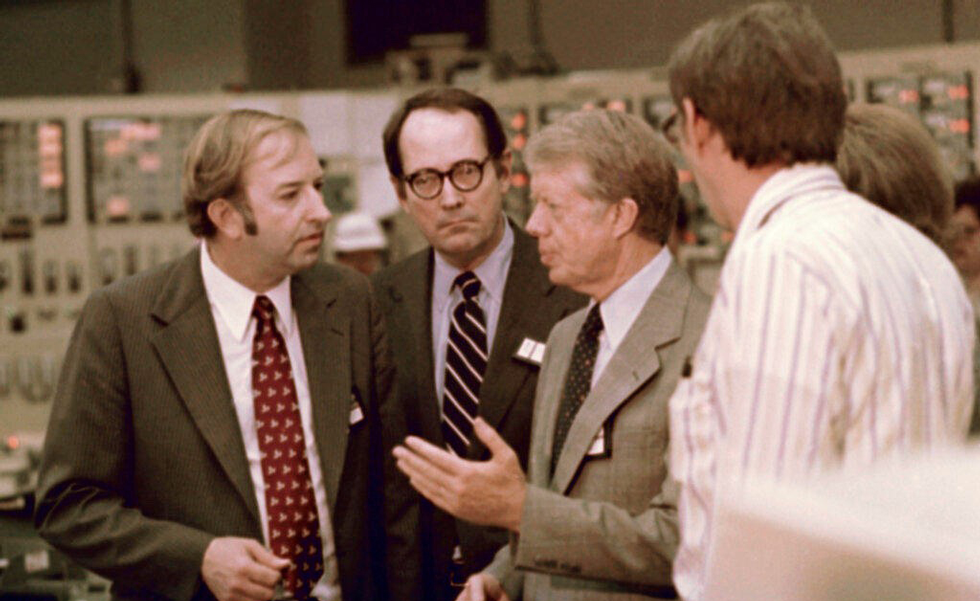 Dick Thornburgh, ex-governor and U.S. attorney general, died December 31 at a retirement community in Oakmont, Pennsylvania. He was 88.

I was a child in 1979 when I first learned of Gov. Thornburgh during the Three Mile Island crisis, the most serious nuclear power plant accident in U.S. history. I spent time with him on several occasions through my involvement with the Interfaith Disability Advocacy Coalition when his wife, Ginny, directed that work at the American Association of People with Disabilities. He was a man of grit, grace, and good humor.

In 2018, Thornburgh was recognized by AAPD for his commitment to equal rights and opportunities for people with disabilities. I wrote about the occasion and about the critical role he played in the passage of the Americans with Disabilities Act.

Shortly after George H.W. Bush signed the ADA in 1990, Thornburgh called it “the next great leap forward in the civil rights movement.” In 2018, he argued it must be “protected from current threats to weaken its intent.”

Thornburgh defined the ADA as “truly another emancipation” not only for Americans with disabilities who would directly benefit, “but even more so for the rest of us now free to benefit from the contributions these Americans will make to our economy, our communal life, and our individual well-being.”

Thornburgh was a man of deep and abiding faith which he shared in an article published in the The Christian Citizen in 2012. In “Disability and the prophet’s call,” he wrote about how the admonition “to do justice, and to love kindness, and to walk humbly with your God” (Micah 6:8) had shaped his approach to the challenges and opportunities of his life.

“We can never act as if we, alone, have the wisdom and insight to provide the right responses to life’s varied challenges,” Thornburgh wrote. “It [humility] also means acknowledging when we are wrong—to the public, to be sure, but to family, friends and colleagues as well.”

He noted the peculiar difficulty of acknowledging wrongdoing for those in public life. “Whether elected or appointed, we are regularly tempted to try to create an aura of perfection and infallibility about ourselves, not only to ensure that we are maintained in office, but also to accomplish our well-intended goals.”

A lifelong Republican, Thornburgh was more a political pragmatist than a passionate ideologue. In his Christian Citizen article, he noted how, throughout his career, he sought to uphold the principle of equal justice under law. “As a prosecutor and as a governor, I tried to make a good-faith effort to combine the toughness necessary to maintain public order with a compassion that took into account the distress of people in real need.”

In one of his last public statements, a June 2018 op-ed defending Robert Mueller’s investigation of Russia’s involvement in the 2016 election, Thornburgh warned, “Our country must not let hyper-partisanship diminish the rule of law. That is not who we are, and it isn’t what we should ever become.”

Today, hyper-partisanship has intensified, further diminishing the rule of law. This Wednesday, a dozen Republican senators will challenge the certification of the Electoral College results, joining an unknown number of House Republicans. Meanwhile, President Trump said Sunday he plans to join protests in Washington, D.C., against certification of the results. This following an unsuccessful legal campaign that failed to produce evidence of voter fraud significant enough to have affected the outcome of the election.

In an extraordinary January 2 phone call with Georgia Secretary of State Brad Raffensperger, President Trump argued, in part, that he could not possibly have lost the election in Georgia because the crowd size at his pre-election rallies was bigger than Joe Biden’s. Well, Mr. President, the only number that counts is the one on election day.

If humility means acknowledging when we are wrong, then humility also encompasses politicians accepting the results of elections, even when they cannot believe, or would rather not concede, the choices voters have made.