We Need A Little Advent Now! 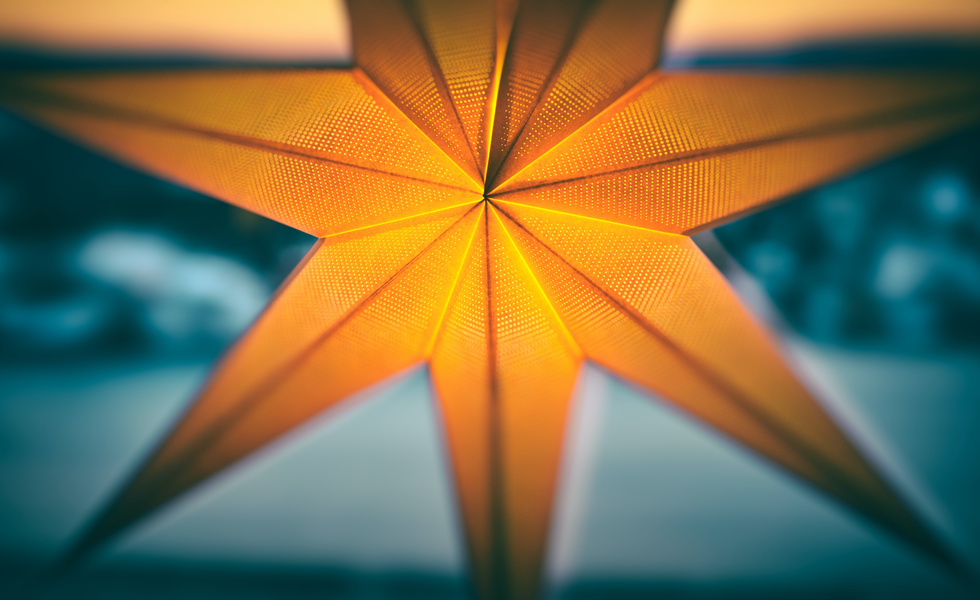 by Dr. Marvin A. McMickle for The Christian Citizen

One of the holiday traditions that help me get into the Christmas spirit is listening to the Johnny Mathis version of the song that says, “We need a little Christmas right this very minute, candles in the window, carols at the spinet, we need a little Christmas now.” As soon as I hear that song, I know that the Christmas season has begun. However, before we Christians start rushing into the Christmas season, we might pause to remember that we need a little Advent as well. If Christmas is the announcement that “the Lord has come,” Advent is the period of time when we are reminded that we are still waiting, still watching, still wondering if or when the Messiah – the Christ – is going to come. Advent invites Christians to slow down on their way to the festivities of Christmas, and think instead of the spiritual resources that each of us will need as we wait year after year after year for the reign of God to be established on the earth.

The people of Israel had to wait more than 700 years before the Messiah promised in Isaiah 9:1-7 would finally appear in a manger in Bethlehem as recounted in Luke 2:1-7. They could not rush the event. They could not hold pre-holiday sales, or advertise upcoming holiday films, or start promoting various gift products from clothing to cars to cosmetics with holiday music playing in the background. They had to wait for the Lord to appear. They had to wait for the reign of God on earth to be established. Employing a trait almost completely absent from the sensibilities of our on-demand culture in the 21st century, they had to wait in the hope that the bright, new day God had promised would surely come to pass.

Advent 2020 puts Christians in precisely the same position; we have to wait for the new day, for the emergence of what Josiah Royce, Martin Luther King, Jr., and John Lewis all referred to as “the beloved community.” We have to wait for the world that Cicero, the first century BCE Roman statesman often credited with inspiring the phrase E Pluribus Unum, envisioned when he wrote in De Officiis in 44 BCE that “when two people have the same ideals…it is a natural consequence that each loves the other as himself; and the result is…that several are united in one.”[i]

Where is the peace on earth and goodwill toward all people by all people? We are still waiting for that. Where is the promise of Paul in Galatians 3:26-29 that when one enters the fellowship of the followers of Jesus one leaves behind the historic dividing walls of race, class, and gender? We are still waiting for that. In his book, “Begin Again,” Eddie Glaude Jr. reminds us that the United States of America has had many opportunities to become the country that lives up to its promise of “liberty and justice for all.”[ii] We could have shaken off the bigotry and division caused by slavery and the Civil War, but after 12 years of the Reconstruction era (1865-1877), this nation returned to white supremacist policies reinforced by Jim Crow laws and lynch mob justice. We had to wait for the future this nation had promised to all its citizens.

We had a second chance, according to Glaude, during the Civil Rights Movement of the 1960s.[iii] The Civil Rights Bill was passed and signed into law in 1964. The Voting Rights Act became the law of the land in 1965. Surely the nation was set on a course of E Pluribus Unum from which it would never turn away. Instead, white voters in many states across the country abandoned the Democratic Party and joined the Republican Party, because they would not accept the idea that all black people should be given access to the ballot box. The right to vote was established by the 15th Amendment to the U.S. Constitution passed in 1870. Sadly, voter suppression by various Republican governors and by the Trump administration continues to this day. Voter suppression should no longer be an issue in this country. Unfortunately, here we are 150 years later still waiting for the new day to dawn.

This country had a third chance to become a beloved community with the election of Barack Obama in 2008. The election of an African American to be President of the United States was something beyond my wildest imagination. I never dreamed that I would live to see such an occurrence. I edited a collection of essays in a book about that election titled, “The Audacity of Faith.” I asked more than thirty pastors and church leaders to reflect on whether Obama’s  election would usher the United States into a post-racial society.[iv] I asked them to consider whether this country was prepared to embrace the beloved community envisioned by Martin Luther King, Jr. who spoke in his 1963 “I Have a Dream” speech about a country where people would be judged by the content of their character, rather than the color of their skin.

It did not take long to discover that a post-racial society has not yet arrived. Congressman Joe Wilson of South Carolina shouted out the words “you lie” while President Obama was addressing the nation in a televised speech before a joint session of Congress in 2009. What would have happened if a black member of Congress had said such a thing to Ronald Reagan or George H.W. Bush or George W. Bush? Republican lawmakers and Fox News would have erupted and demanded their immediate resignation. Instead of being condemned for his actions, Wilson’s fundraising for reelection increased, and he continues to serve to this day. Needless to say, this event does not appear on his official website!

The Black Lives Matter movement is a reminder that black lives remain the target of almost constant discrimination in housing, job hiring, access to affordable, accessible, quality health care, and in their encounters with law enforcement officials that far too often result in unarmed black people being shot and killed by white police officers. The fact that black and brown people are experiencing the highest levels of infection and mortality from COVID-19 is an indicator of the inequities that still exist in this country. We are still having to wait for the promise of a new day. The election of Kamala Harris as vice president-elect of the United States is a wonderful sign of a new day coming. But even though the Democratic ticket won with over 78 million votes, the Republican ticket received over 73 million votes, and the losing side has so far refused to concede the election. E Pluribus Unum?

What shall we do while we are looking ahead to Christmas? Here is my suggestion. Light all four of the Advent candles to keep alive our commitment to the coming reign of God on earth. On November 29, light the candle of hope that will allow us to keep believing that a better day is still to come. On December 6, light the candle of peace with the deep desire that peace will be established throughout our divided nation and among the nations of the earth. On December 13, light the candle of joy as we recall the goodness of God that is revealed in our lives on a daily basis despite the hardships and struggles we face at this moment in history. On December 20, light the candle of love as a reminder that the most important thing we can do to show the world that we are Christians is to love one another (Matthew 22:37-39 and I John 4:7-12).

Christmas Day will come soon enough, and when it does, I will sing along with Johnny Mathis about the joy and happiness associated with that day. However, before we rush into Christmas, let’s make our way through this Advent season which reminds us that the promised reign of God on the earth has not yet been established. We need a little Advent right this very minute!

Dr. Marvin A. McMickle is professor of African American Religious Studies at Colgate Rochester Crozer Divinity School, Rochester, N.Y., where he served as president from 2011-2019.

Photo by Vidar Nordli-Mathisen on Unsplash