REFLECTIONS ON THE DIALOGUE (By Rev. Dr. Luciano Márquez Jr.) 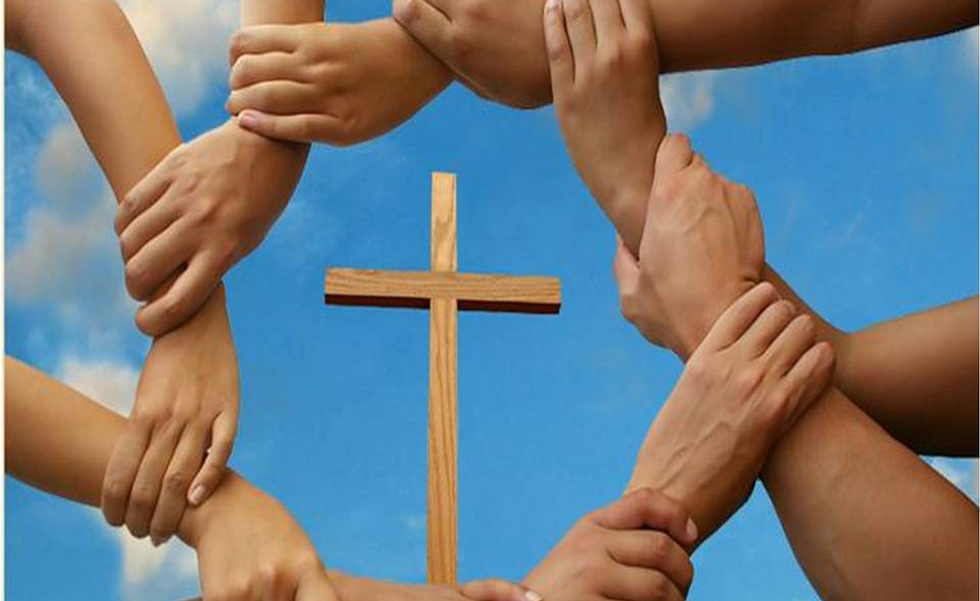 I was part of the “electoral dialogue” within  “Contemporary Latino Conversations”, an event very well planned and conducted by the ABHMS Latino Ministries, coordinated by Rev. Salvador Orellana. The questions we have on the table right now are: How can such a dialogue help our churches and pastors? How to continue it?

I absolutely believe in dialogue that we have learned from Jesus and His Apostles in the Bible. For me, it is of a remarkable relevance because helps us to confirm the mission, focus our vision, take action. It has an evangelizing purpose; our Master taught people this way.

There are aspects of ideological interest for Latinos that I believe should be considered before entering any talk about elections. In fact, such an approach to the issue is essential for any dialogue within our churches or ministries because its principles go beyond the divisive political context that we are living right now.

Today, the ideological content of dialogue in the community has greater impact than ever before. We are living in a time of unusual historical awareness because people believe that everything they say and do is of universal significance for the understanding and consequence of their actions and reasons; they assume that others should notice that they are "making history." Actually, it's true, just that it was always like that; we just didn't realize that much.

Thus, values and virtues become terms that express categories of ideological nature. When people speak they can use the same words and mean different things. And that is regular in political language to capture the disquisition and preference of voters.

Latinos may have a common language, but their references are frequently too diverse, critically translated with contradictory symbols. Although we have very alike origins and backgrounds, there are differences in criteria and perceptions, because we are substantially distinct in social, economic, political interests, and we carry cultural, philosophical, theological peculiarities that are often, before any else, ideological rather than conscious. The political statement of “being Latino” when is overstated, becomes an ideological multiculturalism that leads to divisions and conflicts with other groups, and that prevents a real dialogue between us.

Latino Christians can speak and vote according to their secular preference, but more likely they would do so from the projection of their religious roots. However, dogmatic interpretations of the faith will make a difference in the orientation. Same happens when they talk, dialogue, interchange ideas. It is very difficult to come to that table, sit down and listen with indulgence ("listen" - not to think what to answer in advance), and when the time comes be able to say, as in the homonymous title of Dr. Jim Denison's book[1], "Respectfully, I disagree” with you, and still give a hug, affirming it.

An electoral dialogue with mutual respect and reasonable disagreement will not be based on the perfection of the candidates, their veracity, or circumspection. The constant use of lies and destructive criticism, so characteristic of political passion at the electoral time, is totally detrimental to any consequent and consecutive conversation. Sympathies are often linked with concurrent symbols that link the past with the present, seeking to produce a perspective of a preconceived, yearned for, mythologized, imaginary future. The manipulation of political propaganda, of the media, of social networks, of community organizations, often eliminates the chance for a positive dialogue.

Even so, I do believe that it is possible and very helpful to urge a dialogue accordingly with what we believe. Dr. Allan R. Hilton says that a united house will make the church more fully able to reach its mission to save the world. In his book[2], he advises of the perils of "echo chambers" depending on the "dividends of Christian mingle" of our reflections and emotions, but he proposes what he calls "courageous conversations" as part of the Christian vision.

For these courageous conversations, as a productive dialogue that doesn't come to a more divisive debate, we must: Be well prepared by prioritizing biblical foundation. Be sure of what has been said, don't take rumors, and have clear and accessible rules for talking. Get everyone to participate, that nobody is silenced. Bear in mind the tradition of the community so as not to ignore the journey that has been lived. Ban people without these commitments to take part in the conversation.

For that level of dialogue to continue, it can be resumed in small groups, at the right time, and with a lot of patience. However, what I still don't see is the need to engage in such conversations when it is not really indispensable, has not been requested, or is not sure enough that suitable results will be obtained, because getting into such a dispute, for the sole purpose of winning a dialog, is more of a mess than a help. Over the years, unity had been preserved by not arguing about divisive issues, but endure each other with loving actions instead of convincing words.