Veterans Day Is Every American’s Day 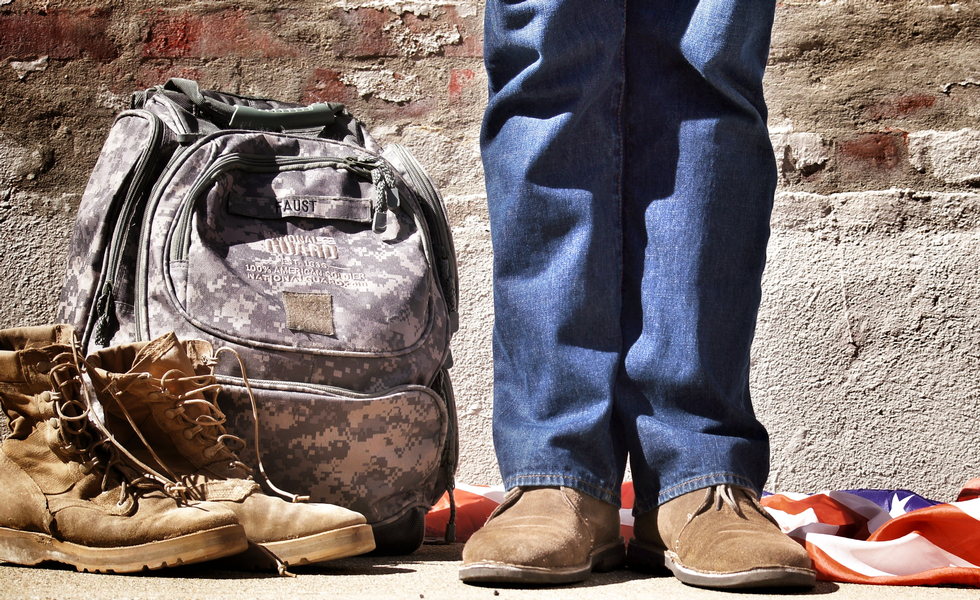 Some say that during the past two decades, appreciation and understanding of the needs of veterans has remained on an even keel in the United States. Is it possible, though, that a decline in interest and concern has occurred?

The country’s treatment of returning Vietnam veterans was less than stellar, and when Americans found themselves at war again following September 11, 2001, they took great care during the first decade to recognize and praise veterans. Immediately following the events of 9/11, the American public were more sensitive to the needs of veterans and active military personnel than at any time since World War II. Yet people seem to have grown weary of the effects of another prolonged conflict. None, however, are more weary than the veterans themselves—count on that.

Blessed are the peacemakers. In today’s postmodern Christian world, understandably flooded with forward-thinking folk who take Jesus’ message of peace seriously, it can be easy to overlook the reality that many veterans enter the military with the notion of preserving peace. They are to be honored, remembered, and commended for this. Veterans Day is every American’s day. It is justifiably set aside to recognize those who have honorably served in the nation’s armed forces, yet the people also have a role in national defense by virtue of citizenship that commands all citizens, by birthright or naturalization, to “support and defend the Constitution of the United States against all enemies, foreign and domestic,” and “bear true faith and allegiance to the same.” In this spirit, civilians can offer prayer and public support to friends and family in uniform.

Blaming the warrior for the war has never proven productive, and since the days of Vietnam, Americans have learned from such mistakes and taken a more sympathetic role. This has translated into more understanding and assistance for veterans. Crystal Trulove (Cherokee Nation) retired from the Department of Veterans Affairs as a Decision Review Officer and is an Air Force vet herself. When asked about the greatest needs of, and challenges for, today’s veterans, she responded, “Their greatest needs now? Advocates, probably. Many veterans mistrust the government as much as Indians do, and my suspicion is that it’s because of how complicated it is to negotiate the bureaucratic system of accessing benefits. The people who need help are those especially physically or mentally ill, and those are two groups least able to complete complicated paperwork successfully and submit it to the right place prior to deadlines.”

The demands vets face can be daunting. These are often the very things to which society would rather turn a blind eye. Trulove adds, “The biggest challenges for vets right now I think are homelessness and suicide. This points to a great big problem: In order to be a good soldier, you have to absorb the idea that you are strong and in charge. This gets in the way of asking for help.”

Matthew’s and Luke’s gospels tell the story of a Roman military commander who came to Jesus for help. (Matthew 8:5-13; Luke 7:2-10). The soldier’s servant is in need of healing and Jesus tells the onlookers that he has yet to see faith like this and rewards the captain for his conviction. He demonstrated a faith that Jesus found admirable. A demonstrable faith among the “centurions” of today is palpable, as any military chaplain would affirm. The faith shown—faith in God, faith in their country, and faith in self—is inspirational and believable.

This Veterans Day, let there be a continuing societal faith that permeates communities, families, and souls.

Photo by Benjamin Faust on Unsplash