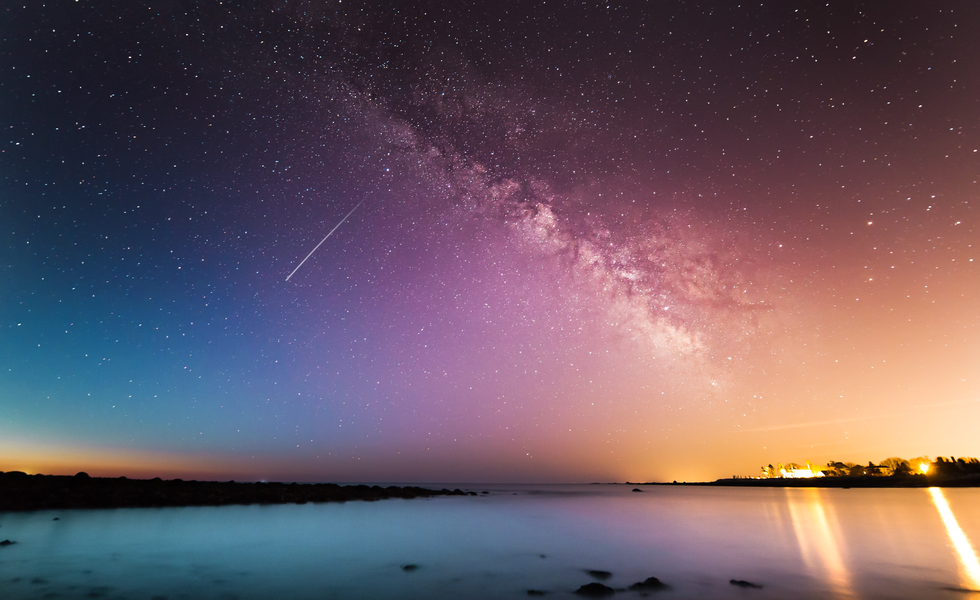 I have often stood in wonder beneath the awesome grandeur of the night sky.

The stars above my childhood home in Connecticut were spectacular, especially in winter when the air was crisp and clear. From my back porch, I would look up at the Milky Way through my brother’s telescope, a pair of binoculars, or with just my eyes.

Three years ago, I experienced an even more spectacular night sky above Wadi Rum, the valley cut in the sandstone and granite rock in southern Jordan, east of the port city of Aqaba. T. E. Lawrence, who passed through the area several times during the Arab Revolt of 1917–1918, described the landscape as “vast, echoing and God-like” and noted “the innumerable silences of stars.”[i]

Living outside Washington, D.C., with its light pollution, the night sky is not as spectacular as the sky of my childhood or the sky over Wadi Rum. Yet I still find myself looking up late at night or early in the morning.

For his tenth birthday this summer, my youngest received a telescope. Since then, we’ve been watching the moon in its phases as well as locating various stars and planets. When Comet NEOWISE made a close pass by the sun in July, we got a good view with the telescope, then spent days wondering what life was like 6,800 years ago during the comet’s last visit, and what life might be like when it returns in as many years from now.[ii]

From the beginning of the coronavirus pandemic, through a summer of social unrest, into a fall of political division, uncertainty, and vitriol unlike any in my lifetime, looking up at the night sky has been a balm to my soul and an antidote to my anxiety. Thinking in terms of light years and timescales as vast as a comet’s seven millennia orbit of the sun, I’m reminded of the Psalmist’s question:

When I look at your heavens, the work of your fingers,

the moon and the stars that you have established;

what are human beings that you are mindful of them,

Beneath the awesome grandeur of the night sky, considering the work of God’s fingers, the moon and stars, who indeed are we that God is mindful of us? Compared with the vast sweep of space and time, who are we that God cares for us? Thankfully, the Psalmist’s question does not go unanswered:

Yet you have made them a little lower than God, and crowned them with glory and honor. (Psalm 8:5)

This election season—amid so much division, hostility and anger—remember that you, and your neighbor, have been made a little lower than God. You have been crowned with glory and honor. If you have accepted the call and claim of Christ, you are part of “a chosen race, a royal priesthood, a holy nation, God’s own people.” (1 Peter 2:9).

In a democratic republic in which the people govern indirectly through the representatives they choose, voting is an awesome responsibility. Choices made at the ballot box impact law and policy locally, statewide, and nationally. These choices shape the future and the extent to which all people enjoy peace, prosperity, dignity, liberty, and justice.

Having chosen, look up at the night sky, or at what reminds you of the grandeur of God’s creation, consider God’s handiwork and remember—God is mindful of you, created a little lower than God, crowned with glory and honor.

Photo by Kristopher Roller on Unsplash