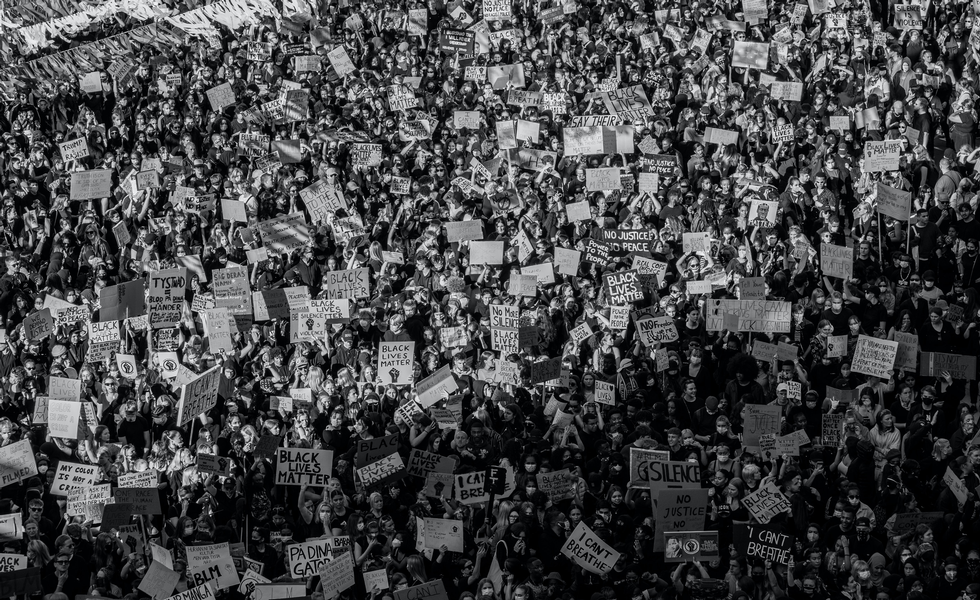 by Greg Johnson for The Christian Citizen

Change is noted as being one of the constants in life. Seasons change annually. We can see the physical transformation of the seasons in nature as Summer gives way to Fall. When the advent of Fall dawns, we experience the shift as the temperature drops. Not only are we familiar with the transformation of the seasons, time introduces change. As much as we bemoan getting older after a certain age, time continues to click by, and each year we grow older. The reality is we age daily, but this is a change that is subtle.

In the past year, COVID-19 has changed the very way we function. Social distancing has become the standard that governs our activities. Venues that used to accommodate thousands upon thousands lay vacant. Once a novelty, webcams have come necessary in the home. A decade ago, Zoom, an online video app, had not arrived onto the technology scene, and now Zoom has become the trending app. In addition to Zoom, we have witnessed the advent of the private industry SpaceX stepping into space travel by shuttling astronauts to the space station. In less than a century, we have gone from the Model T to artificial intelligence. While our lives have been altered, much has remained the same. While technology soars, resources for low-income communities continue to dwindle, and injustice against minorities remains constant.

We have experienced vast changes in the past decades, with computerized cars, self-locking homes, and automated checkout, yet humanity’s condition of acceptance has not changed. In 1865, the Thirteenth Amendment to the United States Constitution was passed and ratified, legally ending the enslavement of African Americans. While white men and women were able to vote, blacks were not, and it took nearly a hundred years for black citizens of the United States to be given rights that essentially were already granted by the founding document, the Declaration of Independence. The preamble states, “We hold these truths to be self-evident, that all men are created equal, that they are endowed by their Creator with certain unalienable Rights, that among these are Life, Liberty and the pursuit of Happiness.” Granted, those who initially penned this founding document did not consider persons of color equal or men at the time. Yet, they took pen to parchment, and crafted a document that became the soul of this country. There is great tension in our country, and at the core are the words of the Declaration of Independence.

Personally, I find the words of the Declaration of Independence inspiring and empowering. It is insightful to view “all men” as created equal. While the times were different, I am sure that this living document speaks as much to men as it does to women—that we are “all created equal…endowed by [our] Creator with certain unalienable Rights.” A revolution of change fueled this living document. As the revolution grew, things changed.

In the past century, much has changed from voting rights for African Americans and women to state legalization of marijuana. In this current atmosphere, change is unavoidable. And yet, there is resistance to the prevailing winds of progress. It is human nature to resist change. It is for some, intimidating, overwhelming, and simply uncomfortable. Yet as Leith Anderson writes in Dying for Change, “change is an unavoidable part of life.”[i]

When people become uncomfortable with the status quo, change is on the horizon. Civil unrest in the form of protest is an indication that certain segments of society remain uncomfortable with the current state of affairs. There is currently social unrest concerning how the government has handled this pandemic that has wreaked havoc globally. There is discontent over the savage treatment of black and brown citizens in the United States. There is a growing unrest concerning the message that racist monuments, statues, and symbols convey. Amidst this unrest, the winds of change blow. There is a call for change, and while there is a call for change, there is the desire for things to remain the same or regress. When the Civil Rights Act of 1964 was signed into law, there were many who looked forward with hope for a better America. There were many who embraced this new step towards a more equitable country. However, while there were many who were embracing the change, the resistance loomed heavy.

As much as change is desired, and as much as change is needed, the change that needs to take place is a change of conscience. Here is where life moves from resisting to embracing change. To overcome the inertia to change involves facing what threatens us about what is being proposed. The core of America is built on revolution. Change, at times, looks like a revolution. For the status quo to change, to overcome resistors to change, a revolution is necessary. Historically, America embraced this revolutionary spirit when confronted with Great Britain’s unprecedented demands. It was a spirit of change that swept through the thirteen colonies. While everyone was not on board with this change, the revolution happened and those who were not on board initially came to see the value of the revolution. The more things change, the more they remain the same. As the colonies fought for freedom, slavery remained a staple of American society. This happened because of the inertia to change. Change is uncomfortable and uncertain. It may have more unknowns than answers and it will most likely unravel present social norms.  The resistors of change are comfortable with how things stand. Those comfortable with the existing situation, most of the time, are those who benefit from it. The thought of shifting away from the norms for resistors is heretical.

When things remain the same, progress does not happen, life is stunted, and health is compromised. Change allows for possibilities beyond the norm. An atmosphere that embraces change—however, not merely for the sake of change—is an atmosphere that is highly evolved. In this atmosphere of collaboration individuals are not threatened by unknowns and are willing to work to accomplish the optimal aspects of change. Those who embrace change also see the challenge and opportunity.  The challenge is overcoming obstacles, especially resistors. In this current atmosphere of racial tension, many have become uncomfortable with the current situation. Those who march and protest are not simply manufacturing chaos; these are the voices that speak to the blatant disregard for human dignity in our country.

To protest is to demand change. It is the demand for an adjustment to the unnecessary mistreatment of individuals who are victims of a racist system. However, protest is only the beginning of the unrest. To accomplish change involves a movement. Movements address inequality. Historically, movements have been the impetus for change. The change that is needed today will require a sustainable, focused movement and must be able to address inequality and injustice with precise policies that speak for the masses of the movement.

Photo by Teemu Paananen on Unsplash