Spiritual Activism: We Must Constructively Engage In Politics 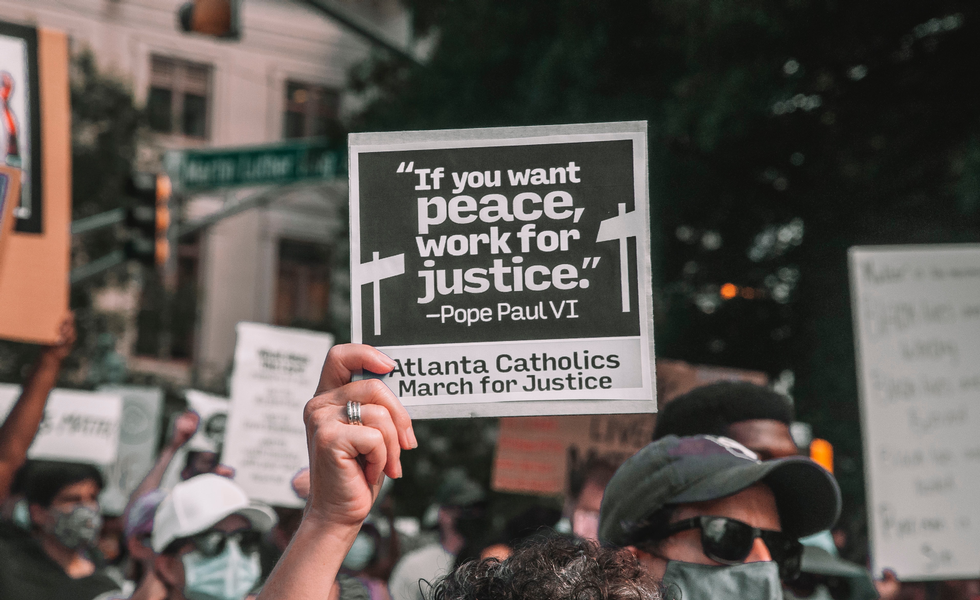 by Rev. Dr. Mae Elise Cannon for The Christian Citizen

More than ten years ago, my work as a pastor took me to Washington, D.C. My first thoughts? There is nothing spiritual about that place! Politics and so many of the men and women in the game of campaigning, lobbying, and statecraft had the reputation of being dishonest, duplicitous, and devoid of spiritual integrity. While some of that exists in D.C. (and everywhere), I’ve been overwhelmed by how wrong my first preconceptions could be. I came to find incredible human beings who love God and their country, on both sides of the political aisle, who are doing their best to address problems, bring solutions, and create opportunities for all people to prosper.

I am not in any way whitewashing the current divisions and calamities affecting our country. And there are certain elected officials—some of whom never silence their public voice—who are the epitome of all things I initially feared. But there is also a deeper motivation that exists in many of our political leaders who are compelled to make a positive difference in our society and to work for the betterment of all Americans.

This year, 2020, marks a momentous time in our nation’s history. The Pew Research Center reported that the United States is more divided today on issues of race and gender than in 2016. Since the death of George Floyd at the hands of Minneapolis police in May, people of color all over the country and white allies have been crying out for social justice, police reform, and for the systemic impact of racism to be dismantled. These are political issues which Christians must be willing to engage with.

For the ancient Greek philosopher Plato, the deity (god) was found in the reflection of the “form of good” (The Republic, Book 2, 357). For Plato, the perfect ideal of a rational and just political order existed so that society could live in harmony with each aspect flourishing, none at the expense of the other.

What about a Christian perspective of the political order? In ancient Israel, King Saul was only anointed after there had been “dishonest gain” and “perverted justice” (1 Samuel 8:3). God warned that a political king would limit the liberties of the tribes of Israel (1 Samuel 8:6-18). And yet the people refused to listen to the warnings of the prophet Samuel, and God granted them a king.

Despite the limitations of earthly leadership, numerous times in the Scriptures we read about how King Saul was filled with the “Spirit of God” (1 Samuel 11:6). From the very first introduction of human political systems, God remained present, even in the imperfection and brokenness of the earliest political kingdoms. The New Testament encourages believers in Christ to “pray for their leaders” (1 Timothy 2:1-2) and to pursue a peaceful life “godly and dignified” in every way.

The question of how the church of the 21st century should constructively engage in politics has never been more important, as the United States is rife with divides as oppressed communities of color face a society that is largely unwilling to confront the problems of systemic racism and police brutality. This division is only exemplified by the pending presidential election in November. What is an appropriate response to the church’s social responsibility? I talk about this issue with Presiding Bishop Michael Curry of The Episcopal Church on my #Activism podcast. Bishop Curry reminds us that a Christian response demands that we must not be overcome by evil, but overcome evil with good (Romans 12:21).

Racial injustice and political divisions are not new issues for our country. In 1966, race riots erupted in Michigan and other parts of the U.S. as the civil rights movement sought to gain traction. There was a significant debate about these questions regarding the church and politics between oil magnate J. Howard Pew; Carl Henry, the first editor of Christianity Today; and theologian Richard Mouw. I write in detail about this debate in my new book “Beyond Hashtag Activism: Comprehensive Justice in a Complicated Age.” The core issues of the debate in 1966 haven’t changed today, more than 50 years later. Pew, as a powerful business magnate and follower of Jesus, concluded that “the church should not intervene [in politics] but rather should focus on its highest priority and ancient mission of ‘changing hearts of men and women’ and ‘rendering unto Caesar the things that are Caesar’s.” In speaking of Jesus, Pew said: “At no time did he countenance civil disobedience or promote political pressure either to correct social evils or to advance his spiritual mission.” Pew could not have been more wrong. Similar arguments have been used historically to the detriment of all involved. For example, consider the decades when the Bible was used to uphold and justify slavery in the United States.

In 1967, Richard Mouw went head to head with Pew, though perhaps not intentionally, with an article in Christianity Today that insisted there are times when it is absolutely essential for the church to intervene in social matters to respond to the needs of the world. Mouw said it is the “church’s duty to address the topic of civil rights” and emphasized that “it is often necessary for the church to take an unequivocal stand against prevailing economic, social, and political conditions, even when it is practically impossible to offer any solution.” Certainly, there are limitations to the expertise and contributions of the church. However, this does not negate the obligations of men and women who choose to follow Jesus to meaningfully engage in political actions that have such a profound impact on our society.

How can we constructively engage in politics? We must stop making the false assumption that politics and our faith aren’t intimately connected. As a part of our faithfulness and spirituality, Christians are biblically compelled to care for our neighbors, respond to the needs of the poor, and be positive contributors to society. We must not ignore the cries of communities of color that are calling for change and societal reform. Political engagement is one of the ways we can faithfully live out Christian practice.

Get out and vote! This is one of the most practical steps that can be taken. And when we vote - may we heed the voices of those who are marginalized in society, considering the impact of policies and positions on people outside of our own backgrounds and communities. May we vote with a lens of biblical justice, seeking for wrongs in our society to be made right.

Political action, advocating for justice and societal reform, is one way we can choose to manifest our faith. May we be reminded of the call of the prophets throughout the Scriptures that the God we worship calls us to act justly, love mercy, and walk humbly with our God (Micah 6:8).

Rev. Dr. Mae Elise Cannon is executive director, Churches for Middle East Peace. She is the author of the award-winning “Social Justice Handbook: Small Steps for a Better World,” the recently published “Beyond Hashtag Activism: Comprehensive Justice in a Complicated Age.”

Photo by Maria Oswalt on Unsplash