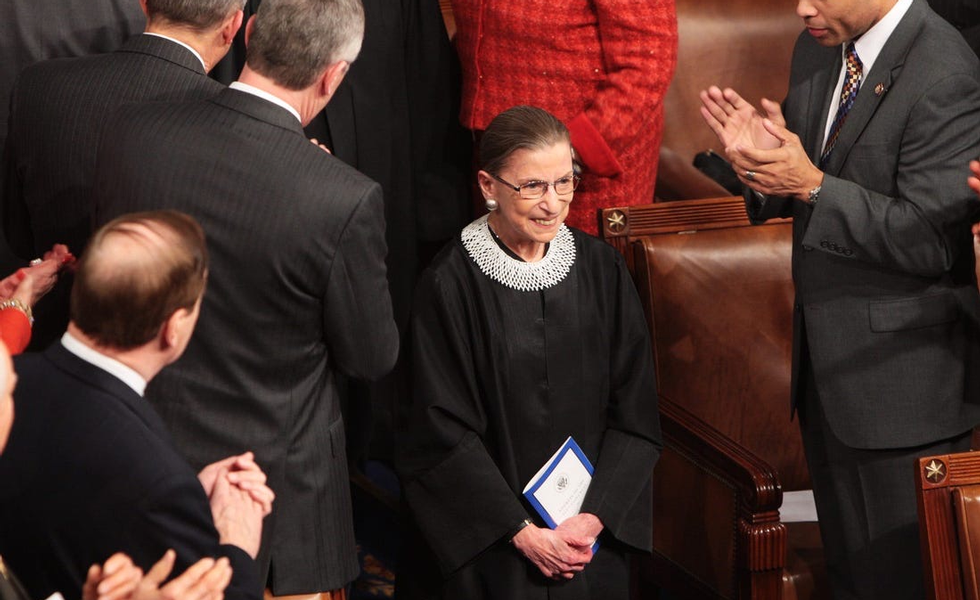 By Amanda Tyler and Holly Hollman for The Christian Citizen

As the country mourns the loss of Supreme Court Justice Ruth Bader Ginsburg, we are inspired by the breadth of her legacy, both professional and personal. She has been rightly recognized for her landmark contributions in the fight for gender equality, both as an attorney and later as a jurist. Like many other women lawyers, we feel professionally indebted to her and count her among our heroes.

While not as prominent among her other contributions in the law, her record in support of religious liberty is strong. She rarely wrote in church-state cases, but her voice was clear and powerful in support of the separation of church and state in the opinions and dissents she authored. Her voting record is one that historic Baptists applaud. It reflects a strong appreciation of both religious liberty principles enshrined in our First Amendment: free exercise and no establishment. She consistently voted against government funding of religion and government-sponsored religious displays, while upholding the free exercise of religion.

Her majority opinion in Cutter v. Wilkinson (2005) epitomizes her approach. The opinion she authored for a unanimous Court upheld the constitutionality of the Religious Land Use and Institutionalized Persons Act (RLUIPA), a landmark piece of religious freedom legislation that turns 20 today.

Baptist Joint Committee for Religious Liberty (BJC) led the diverse coalition in support of RLUIPA’s passage, which was part of a decade of back and forth efforts of the Supreme Court and Congress to settle on the proper legal standard for religious exemptions from generally applicable laws. RLUIPA, which passed with unanimous support in Congress in 2000, applies to all levels of government – federal, state and local – in two distinct areas: land use and government-run custodial institutions, such as prisons and immigrant detention centers. In those specific areas, RLUIPA says the government cannot impose substantial burdens on religious practice unless narrowly tailored to serve a compelling government interest.

RLUIPA’s protection for prisoners was challenged as an unconstitutional establishment of religion five years after its passage. In Cutter, the Court rejected the challenge and explained the balance of free exercise and no establishment concerns that best protects religious liberty.

Justice Ginsburg’s opinion for the Court acknowledged the precedent that held “there is room for play in the joints” between the Religion Clauses. That is, there is “some space for legislative action neither compelled by the Free Exercise Clause nor prohibited by the Establishment Clause.” The Court held that RLUIPA, which “does not differentiate among bona fide faiths,” is an accommodation of religion that fits into that space.

Justice Ginsburg wrote that, most importantly, the accommodation in RLUIPA was designed to relieve exceptional burdens imposed by the government. The law covers “state-run institutions—mental hospitals, prisons, and the like—in which the government exerts a degree of control unparalleled in civilian society and severely disabling to private religious exercise.”

The opinion specifically noted that, when applied properly, RLUIPA should take account of the burdens a requested religious accommodation may impose on other individuals and other essential governmental interests, such as an institution’s need to maintain order and safety. As Ginsburg’s opinion stated: “Our decisions indicate that an accommodation must be measured so that it does not override other significant interests.”

A decade later, the Supreme Court again heard a case challenging RLUIPA. Holt v. Hobbs (2015) involved the claim of an Arkansas inmate who wanted to wear a half-inch beard in accordance with his Muslim beliefs. The Arkansas state prison denied his request, pointing to its “no-beards” policy. The Court recognized both that the prison’s refusal substantially burdened Holt’s religious exercise and that the prison had a compelling interest in maintaining order and safety by preventing inmates from hiding contraband in facial hair. But the Court found the prison’s argument that a half-inch beard would jeopardize prison safety “hard to take seriously” and unanimously ruled for Holt.

Justice Ginsburg wrote a short concurrence in that case that further underscored her views about the balancing of interests that serve to protect faith freedom for all. She also noted an increasing strain on support for the statute’s strong legal standard. Ginsburg stated: “Unlike the exemption this Court approved in Burwell v. Hobby Lobby Stores, Inc., accommodating petitioner’s religious belief in this case would not detrimentally affect others who do not share petitioner’s belief. On that understanding, I join the Court’s opinion.”

With that, Justice Ginsburg ensured continued support for RLUIPA and its landmark stature in religious liberty law. She also recognized the limits in the law that work to protect everyone’s freedom. The religious claimant will not win in every RLUIPA case. But the standard has proven to be an important protection, particularly for prisoners and other institutionalized persons who practice minority faiths.

As we celebrate the 20th anniversary of this important religious freedom law and reflect on the church-state legacy of Justice Ginsburg, we remember the best of our religious liberty tradition that protects people of all religions and none. RLUIPA found unanimous support not only in Congress but also in the Supreme Court both times it was considered. In this divided time in our country, we believe that a renewed commitment to the foundational values that RLUIPA embodies has the potential to unite us as Americans across our different political and religious beliefs in support of religious freedom for all.