Goodness That Wakes Up The Devil 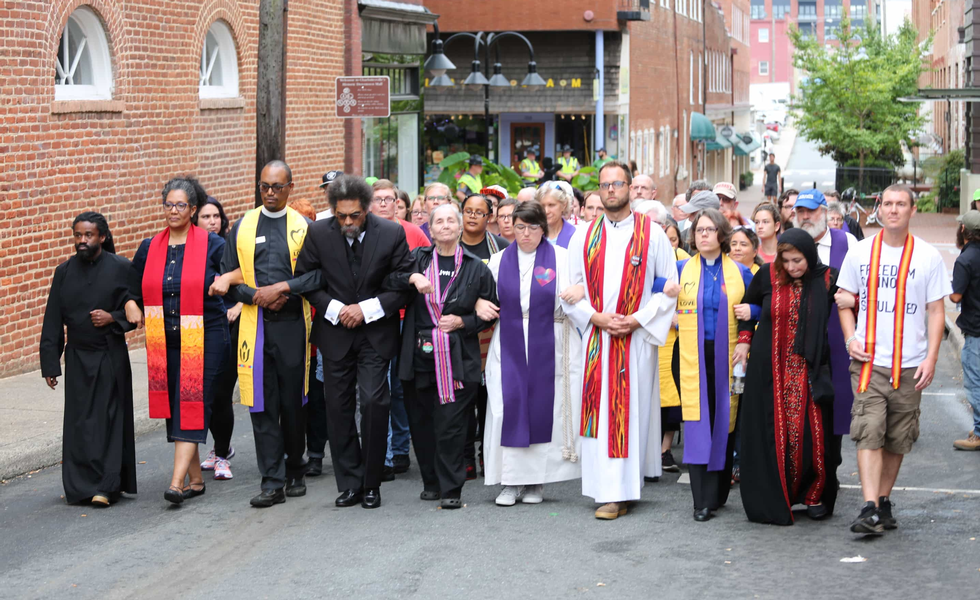 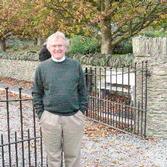 “For ages the cross of Christ has stood at the center of Christian theology. But many good people who are loud in their insistence on the cross as the only means of salvation have apparently never had any experience of the pain of the cross. They do not “bear the marks of the Lord Jesus.” There are no scars on them anywhere. Their religion has served to make them respected. Everyone likes them for their goodness. But their goodness was never so good that it waked up the devil. They never antagonized profitable sin; so they never got hurt.”  Written in 1912 by one whose goodness was disturbing—Walter Rauschenbusch.

With the blessed mix of joys and challenges, the second half of my forty-plus years in ministry was as pastor of a beloved congregation in Charleston, West Virginia, the Baptist Temple. I was the beneficiary of gifted pastors and masterful preachers who preceded me and whose goodness was so good it awakened the devil.

Among them was Eugene Austin who was a disturber of the peace before he arrived in Charleston. Eighty years ago, July 20, 1940, he and Harry Emerson Fosdick went together to testify before the House Committee on Military Affairs against a pending bill on selective compulsory military training and service. Six years later Austin was pastor of Baptist Temple.

Austin stunned the congregation in his sermon on Sunday, September 25, 1949. He said that as a result of visiting a local public school and finding teachers cleaning the floors, he investigated further and discovered that the county public schools were so underfunded that teachers were forced  to cut back their time teaching students in order to take up mops and brooms to perform janitorial duties. So, as a matter of conviction and Christian witness, he marched down to courthouse tax office and demanded that his personal property tax assessment, then $500, be raised. He told the assessor his books alone were worth more than that and he asked that the assessment not be doubled or tripled but increased six-fold to $3000. He then challenged the members of the church to do the same.

The story made national news, and drew a response, a handwritten note, from one of Austin’s American Baptist friends: "Dear Gene, My heartiest congratulations! You have set us all a great Christian example. At the present I am having a struggle of conscience also about the 76% of the federal tax dollar that goes for war purposes. Do not know if I am brave enough as a pacifist to meet the issue. Ever your friend, Edwin Dahlberg.”

Austin was a bold and beloved pastor and following him the search committee in 1954 was ready to call the highly esteemed American Baptist Robert G. Middleton. He and Mrs. Middleton were prepared to accept and made one last trip to Charleston for a final interview. As the conversation was ending, a committee member, to the shock of everyone, said, “By the way, you will, of course, not be saying anything about race from the pulpit.” Middleton swiftly and steadfastly replied, “Well, then, I will not be coming to Baptist Temple.”

The search committee scrambled to refocus (minus one person), the church called Kyle Haselden, a South Carolinian by birth, American Baptist by conviction.

To at least one church member’s agitation, Haselden not only spoke about race from the pulpit because he urgently preached the gospel of Christ, but also took on the community and city leadership in matters of segregation and civil rights.

Haselden’s alma mater, Colgate Rochester Divinity School, invited him to deliver the 1958 Rauschenbusch Lectures. His topic was racial justice in Christian perspective. He expanded the lecturers into a book published by Harper & Row in which he tackled questions like, "What have the white Christians and white American churches done about today’s racial crisis?” “What is the Christian understanding of racial prejudice?”

“Every generation needs to ask itself in what subtle way it is guilty of blasphemy and idolatry; in what way it operates, in Luther’s phrase, by a `diseased law’; in what way its righteousness is unrighteous; and to what extent the church profanes its own Gospel,” Haselden said. Reinhold Niebuhr praised the book as “wise, learned, charitable and courageous.”  Some in the congregation likely chose different words for what their pastor wrote. The devil was roused.

Later Haselden wrote, “Mandate for White Christians,” for which Martin Luther King, Jr. provided the “Forward,” calling the book “a probingly analytic and compellingly inspiring work” and “must reading for every Christian who yet wonders about what justice demands and love bids” us do. Dr. King was the first recipient of the American Baptist Dahlberg Peace Award in 1964.  Four years later it was presented to Kyle Haselden.

The Haseldens left Charleston, where Elizabeth also was passionately involved with justice issues, and moved to Chicago to assume his new position as editor of The Christian Century. I was blessed to know and work alongside Elizabeth during my metro Chicago ministry days, never imagining someday I would be called to that same Charleston congregation.

I always believed Haselden and Austin and others who preceded me represented the church’s rich heritage and the vibrant legacy I was honored to follow. They demonstrated what Congressman John Lewis called good and necessary trouble. At Baptist Temple, Pastor Haselden said, "We do not outgrow the past, we grow out of the past." I grew out of that past and the goodness of their ministries. They were informed and shaped by Rauschenbusch, as I have been. They showed the goodness he said was much in demand and far too rare. These are days we need to be daughters and sons of Walter Rauschenbusch who said goodness means following Jesus in purposeful suffering on the Via Dolorosa. These are days we need to be so good we wake up the devil and bear the marks of the Lord Jesus.

Rev. Dr. Johnson is a retired American Baptist pastor with over forty years of ministry on spiritual formation and vital congregational worship. He is a graduate of Northern Baptist Theological Seminary (M.Div. and D.Min.) and has been an adjunct faculty member at Northern and Palmer Theological Seminary, mentoring students and guiding them in the practice of theological reflection. He is the author of To Live in God: Daily Reflections with Walter Rauschenbusch, available from Judson Press.

Photograph by Rev. Stephen D. Martin: Religious leaders on way to Emancipation Park as they proceeded from the church where they first gathered as an effort by clergy to counter act the hateful racism of the Unite the Right rally in Charlottesville, Va.