Labor Day, The Cherokee National Holiday, And The Spirituality Of Our “new Normal” 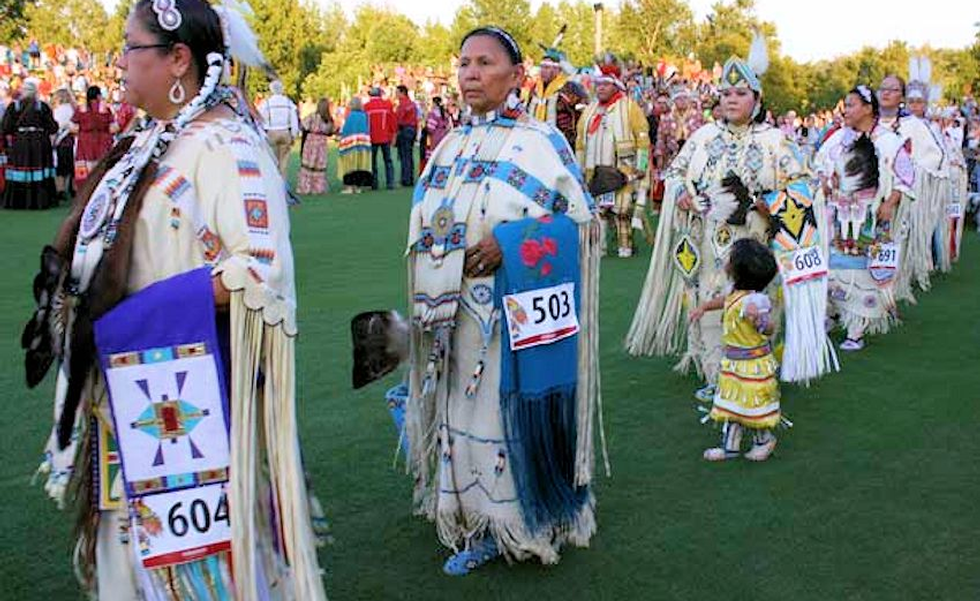 Our sweat and labor: what are they worth to us? And how do they give us hope? It is likely that Labor Day will take on new meaning for millions of Americans this year. The first Monday of every September (some) Americans take a day off to recognize the economic and social achievements of their forebears. This Labor Day, however, is different for most. It is the first time this generation has faced massive unemployment numbers. As of August 2020, the current national rate is 10.2 percent. Furthermore, the Cherokee National Holiday (CNH), which usually takes place during the weekend leading up to Labor Day, will be, like so many events, virtual this year. This is a painful reality for many of us staking a claim to the Native community.

Before ideas like “social distancing” and “COVID-19” and “Zoom meetings” became our new normal, Labor Day picnics and the CNH were gatherings of happy, healthy, in-person individuals focused on relaxation and enjoyment. Both represent the sweat and labor of a particular people. Narratives—like this one—are difficult to write now without at least acknowledging this new normal. We are in an unexpected place, amidst the pandemic, protests over racial injustice, economic downturn, and social isolation. Despite this, hope—which has enabled Christians and others to endure for centuries—can help us persevere.

If you lost your job this year, your Labor Day might be a more reflective one than usual. Often, when our backs are to the wall, there arises a “Spirit factor,” as I like to call it, that gives us hope. Things seem to get so bleak that we are forced to marshal our resources and hope begins to give us the edge we need. That hope can be a collective one. More Americans than ever just might be beginning to comprehend the concept of tribal identity because the 2020 pandemic and nationwide protests have forced many to think in terms of “we” rather than “me” in ways none of us would have expected.

When I think in terms of being Euro-American, there is an individualism (and not necessarily the rugged, last century type) that automatically comes through because that’s how we’ve been conditioned in this country. It is based on the somewhat faulty “bootstrap” notion, which has its roots in extreme self-sufficiency. But, when I think like a Cherokee, I’m automatically backed by my contemporaries as well as my Native ancestors, and that brings about an extraordinarily capable and comforting kind of hope. Its effectiveness lies in a community-based hope. We sometimes call that Gadugi (Ga-doo-gee, with a hard “g” beginning and end), which can be translated into people working together to achieve a common goal, or the labor of some to benefit all.

When will we, as Americans, once again unite to embrace our collective goodness and celebrate our industriousness with mutual satisfaction and gratefulness? Great periods of change in the United States have sometimes led to progress, yet other times have taken us down roads of permanently hurt feelings and regressive thinking. Waiting to be embraced, however, is the concept of hope—the Christian’s response that sometimes separates us from those who profess faith in nothing in particular. The New Testament points to this hope: “I pray that the eyes of your heart will have enough light to see what is the hope of God’s call, what is the richness of God’s glorious inheritance among believers…” (Eph. 1:18, CEB).

This year will soon be coming to a close. What has our labor been worth to us, and how does it represent hope for the world? We Cherokee sometimes express our individuality as much as any other American, but we have a collective hope for the future that is intrinsically tied to our past. It is a hope expressed through our common labor and faithfulness. As a contemporary people, we are a representation of a larger world community that relies on common labor and common decency.

May we—all of us—demonstrate that decency as we go forth into these continually uncertain, yet hopeful, times.

The Rev. Bryan D. Jackson is an American Baptist minister and a member of the Mount Hood Cherokees, a satellite community of the Cherokee Nation. He lives in Kirkland, Washington and is the author of Chattahoochee Rain: A Cherokee novella