The “Father Factor” Makes A Difference 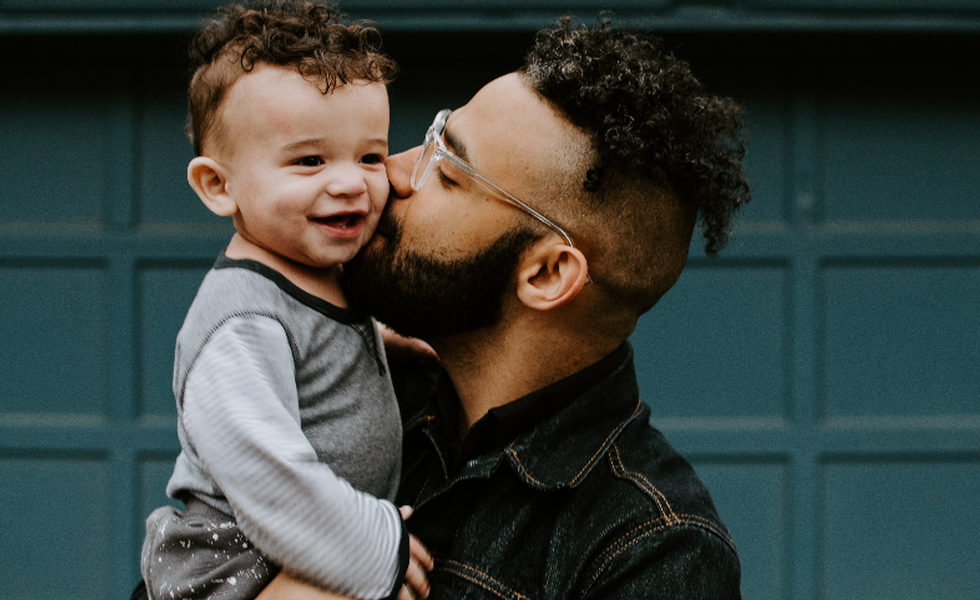 The history of Father’s Day in the United States can be traced back to the early part of the 20th century. One tradition suggests it was started in Fairmont, West Virginia by Grace Golden Clayton. A coal mining blast in 1907 killed more than 300 men, many of whom were fathers.  Clayton organized a worship service at Central United Methodist Church (Fairmont, WV) in 1908 to honor those killed in the accident.

A second story records the holiday’s origin to 1909 in Spokane, Washington. After Sonora Dodd heard a Mother’s Day sermon, she thought it was only appropriate to establish a day honoring fathers; her father, William Smart, was a widowed Civil War veteran who raised six children on a farm. A Father’s Day sermon was delivered in Spokane in 1910.

In 2020, there is still the need to acknowledge the invaluable role fathers play in our lives.  One of the many things I admired most about my own dad, Bernard Porter Sr., was his strength, a subtle cool confidence. He worked as a tractor-trailer driver, and later as a custodian at my high school alma mater, Abraham Clark, in Roselle, NJ. He was not big in stature, but he demonstrated a big heart — the enormous strength and capacity to help us somehow always feel safe and protected. After heroically battling cancer, he died on June 11, 1993.

Today’s dads, Pew Research reported in 2019, “are much more involved in child care than they were 50 years ago.” Moreover, they’re viewed as facing “a lot of pressure to support their family financially.” Nevertheless, most dads feel they’re not doing enough. According to a 2013 Pew Research report, fathers have nearly tripled the amount of time they spend with their children, from 2.5 hours per week in 1965 to 7.3 hours per week in 2011. Despite that increase, 46% of fathers said they spent too little time with their children.

Without negating or disregarding the significance of mothers (Mother’s Day was last month), fathers are critical to the family dynamic. The value of a father’s loving leadership is incalculable. Research suggests that kids do better in a variety of indicators when there is a positive relationship with their fathers, even if those fathers do not live with their kids (non-custodial fathering),” asserts Morehouse College President Emeritus Dr. Robert M. Franklin in Crisis in the Village: Restoring Hope in African American Communities.[i]

Just days before the coronavirus outbreak led Gov. Ralph Northam to declare a State of Emergency in Virginia, our church-wide Bible study focused on the Pentateuch, the first five books of the Old Testament. Specifically, we were discussing the dramatic story of Noah.

The narrative of Noah in Genesis, chapters 5-9, is a good example of a faithful father who takes care of his family. The son of Lamech, and the tenth generation in descent from Adam, Noah was God-fearing.

God perfectly created humanity in God’s image and likeness. But humanity chose to disobey God, which led to the Fall of humanity, and therefore sin.

Noah comes on the scene. He’s reared in a religious, nomadic household. The world population increases, and so does evil.

We discussed in our Bible study class how misery was multiplied, compassion nullified, homicide amplified and, ultimately, God mortified by humanity’s breakneck behavior.

The depravity was enough to cause the Lord to “regret that he had made man.”

In Noah’s day, men were heaping evil upon evil, leaving nothing to the imagination (Genesis 6:5). God told Noah that he was going to destroy all living creatures with a flood. God instructed Noah to build a wooden ark for his family’s protection during the downpour.

Undoubtably and arguably, we can find some parallels in the world in which we live. As Dr. Samuel D. Proctor, a mentor, used to say, “The scenery changes but the human condition remains the same.”

And that’s the way it can appear to be. The world is revolting not only against God’s ideals, but against basic decency.

Because of unbridled greed, income inequality is increasing, while global economic opportunity is decreasing.

Poverty is not going anywhere; in fact, it seems to be an all-out assault on the poor, on people who are already living paycheck-to-paycheck and hand-to-mouth. A stimulus check is not enough. The Children’s Defense Fund reports: “Nearly 12 million children, including 7.5 million Black and Latino children, are growing up in poverty in the United States – one of the highest poverty rates out of any developed country in the world. And the COVID-19 pandemic threatens to push millions more children into poverty with rates potentially climbing to the highest in 50 years.”

This current public health crisis is widening our eyes to racial and socioeconomic disparities, leading to inequities in health care for people of color. Experts have warned that long-standing health disparities between racial groups in the U.S. – such as higher rates of conditions like asthma, obesity and diabetes, along with lower access to health care among blacks compared with whites – place some African Americans directly in the virus’ sights, leaving them at risk of contracting a serious case of COVID-19.

Again, reflecting on our Bible study of Noah, God sought out a faithful father to assist in the preservation of his people.

In the story of Noah, the Lord saw how great humanity’s wickedness on the earth had become, and that every inclination of the thoughts of the heart was only evil — continually.

Every desire, every preference, every impulse, every movement, every pleasure, every urge, every concern, every weakness, every hunger, every proclivity, every longing, every ambition, every pursuit, every wish, every point of view, every belief…  continually evil…all-embracing, all-encompassing, all-inclusive, altogether, all the time.

And so God looked to the father of Shem, Ham, and Japheth. God looked to a righteous father — a godly father — to usher in salvation in the midst of a wicked and evil situation. We need fathers who will remind us in word and action: “God is our refuge and strength, a very present help in trouble. Therefore we will not fear” (Psalm 46:1-2).

We need faith-filled fathers to help us reflect on the words of the Apostle Paul: “We are afflicted in every way, but not crushed; perplexed, but not driven to despair; persecuted, but not forsaken; struck down, but not destroyed” (2 Corinthians 4:8-9).

Just as God used a righteous father — Noah — to deliver his family then, he uses righteous fathers — godly men — to help families recover every day. There are loving, responsible fathers — like my dad — who are “keeping the faith” of fatherhood, every day. These are the dads who are unsung, unheralded heroes for many of us. They get up every day and go to work. As a pastor, I see them all the time. They worship with their families. They sacrifice their time to work in the church. They financially support the local church. They are unselfish givers, who ask for very little in return. I salute them!

In the Noah narrative, Shem, Ham, and Japheth’s daddy was given the awesome assignment to build a wooden ark in order to defend his family from the destruction of the world which God would send by a flood. Following the flood, God placed a rainbow in the sky.

Jeremiah 29:11 reads, “For surely I know the plans I have for you, says the Lord, plans for your welfare and not for harm, to give you a future with hope.” We still need fathers who will trust God’s plans and follow his blueprints for their families—even when it’s difficult.

Photo by Kelly Sikkema on Unsplash