The Things Fathers Pass On (if We Let Them) 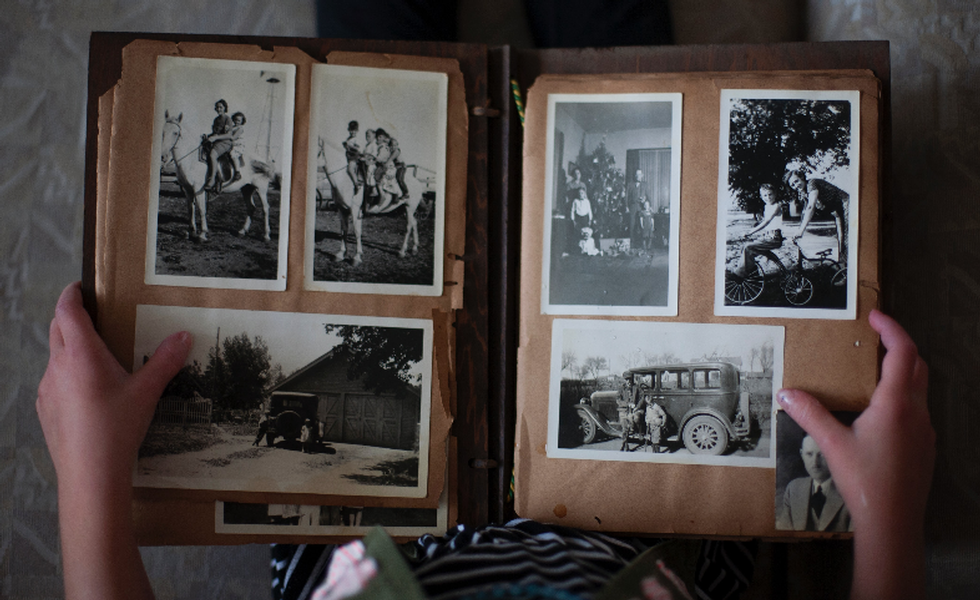 Not everyone has a warm, loving, memorable relationship with their father. Sometimes, that relationship, if there is one, is strained or even painful. Most of us fall somewhere in between.

My father provided for our family; we had a place to live and food to eat. Emotional presence, though, was something he found exceedingly difficult, so my sisters and I received most of our emotional intimacy from our mother. You might have had a similar upbringing. If you are at a stage in your life where you’re wrestling with some of the aftereffects of such a situation, take heart: there just might be an unearthed legacy in there that can help you come to terms with what you didn’t get at an earlier time.

Father’s Day can be tough for some when there has been estrangement in the relationship. Or it can be perplexing for those whose fathers were the disciplinarians in the family. Dads of yesteryear were expected to be the sole provider, and the stress and strain were as great for them then as for the sole providers now, men or women. My father was not a physical disciplinarian, but he had a quick temper and could be verbally abusive. Still, I loved him.

Moreover, I loved what he left me: a legacy. In his final years he trusted me enough to express some doubt about his faith, but I believe he ultimately held onto it to the end.

Dad knew he was Cherokee, but emotional cutoff in the generations precluded certain specifics and most of what he knew came from his grandmother, Estelle, the last enrolled Cherokee in our line. I have a photo of Dad and Estelle when he was about seven. Everyone who has ever seen it comments on how content he looks in that picture. Not only was he close to her, but he was faithful to the reality of his ancestors, a big deal for Cherokees. I was truly blessed to have a number of specifics about our Cherokee line revealed to me later in life. Most of this was documentation to which Dad didn’t have access.

In the earliest days, Cherokees identified as such through their mothers because clanship was based on women. One was Cherokee through the maternal line. As time passed, this became less of an issue and Cherokee lineage funneled through birthright, maternal or paternal. Two prominent examples of paternal Cherokee lineage are former Cherokee Nation Principal Chiefs Chad “Corntassel” Smith[i] and the late Wilma Mankiller.[ii] I am honored to have that in common with two of our contemporary leaders.

It turns out that my ancestors were part of a large family that was integral to Cherokee and United States history. From this particular Rogers family came several sons involved in key events in the infamous Treaty of New Echota, which signed over most of the Cherokee homeland to the government, precipitating the forced removal of the Cherokees in 1838. Two of these men were Methodist ministers, one of whom was also Secretary of the Cherokee National Council. Both were treaty signers, believing that maintaining Cherokee sovereignty was more important than trying to keep the land, likely losing most of the tribe through genocide. A third was an attorney for the Cherokee Nation, and, after the Trail of Tears, spent the rest of his life in Washington, D.C. representing Cherokee causes.

The eldest sister, my 3rd great aunt, was among those forced to walk the Trail of Tears in the Bell Detachment while pregnant during one of the harshest early winters on record in 1838-39. The youngest sister, my 3rd great-grandmother, survived the Civil War despite living on land that became the Chickamauga Battlefield in 1863. She ensured that she and her children and grandchildren were enrolled in every available Cherokee census in the east during her lifetime.

Her life has been such an inspiration to me that I wrote a children’s novel—an “ages 12 and up” historical fiction account about her life. That’s a legacy. That’s a gift. It was a gift from and through a man granted an appointment to West Point, who turned it down so he could enter a newly-created program to fly Navy jets—but he was later cheated out of that opportunity. Instead, a few years later, he was drafted during the Korean War and served his country honorably. My dad.

An interesting aspect of this story lies in the fact that all of my Cherokee ancestors—including my father—were Christian Cherokees. Many were Methodists, some became Episcopalian, and some of us wound up Baptist. Our family history was actually fairly representative of Cherokees who did become Christians: a denominational and theological zoo.

So, Father’s Day has arrived yet again, and no situation—no father—is perfect. Perhaps you have an imperfect relationship right now with an imperfect father. What’s your legacy? Visible or invisible, it’s likely there, but you might not have a full grasp of it until he’s gone. And that’s okay. Believe me, you’ll know it when it is upon you, and then it will be your legacy.

The Rev. Bryan D. Jackson is an American Baptist minister and a member of the Mount Hood Cherokees, a satellite community of the Cherokee Nation. He lives in Kirkland, Washington and is the author of Chattahoochee Rain: A Cherokee novella.

Photo by Laura Fuhrman on Unsplash

Lisa Harris-Lee and 1 other
0 Comments