Allegiance To The Flag—a Reflection On Flag Day 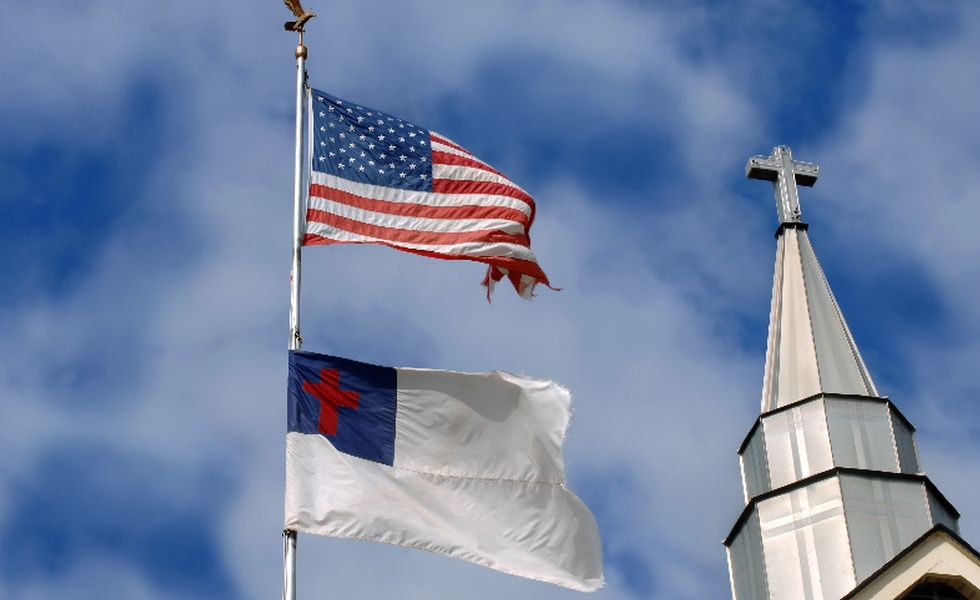 My connection to the flag goes back to the first grade, when we stood by our desks, right hands over our hearts, and said in unison:  “I pledge allegiance to the Flag of the United States of America, and to the Republic for which it stands: one Nation under God, indivisible, with liberty and justice for all.” The Pledge of Allegiance to the Flag of the United States of America originated from a Baptist minister who graduated from what today is a legendary Baptist divinity school, Colgate Rochester Crozer Divinity School. Francis Julius Bellamy was a preacher’s kid. His dad was pastor of the First Baptist Church of Rome, New York. Francis would follow in his footsteps, graduating from the University of Rochester and afterward from what was known then as the Rochester Theological Seminary – today Colgate Rochester Crozer Divinity School, the oldest Baptist seminary in America. He was ordained as a Baptist minister and proceeded to serve as pastor of churches in New York state and in Boston.

A turning point in Bellamy’s life occurred in 1891 when a member of his Boston congregation, Daniel Sharp Ford, enticed Bellamy to come to work for him. Ford owned the publication Youth’s Companion and hired Bellamy to join the magazine’s promotions department. Bellamy, at age thirty-seven, was assigned to arrange a patriotic program for schools around the country for opening ceremonies of the Columbian Exposition in October 1892, the 400th anniversary of Christopher Columbus’ arrival in the New World. Jeffrey Owen Jones noted in Smithsonian Magazine that “Bellamy successfully lobbied Congress for a resolution endorsing the school ceremony, and he helped convince President Benjamin Harrison to issue a proclamation declaring a Columbus Day holiday.”

Here is how the Pledge of Allegiance came into being, as related by Jones: “A key element of the commemorative program was to be a new salute to the flag for schoolchildren to recite in unison. But as the deadline for writing the salute approached, it remained undone. ‘You write it,’ Bellamy recalled his boss saying. ‘You have a knack at words.’ In Bellamy’s later accounts of the sultry August evening he composed the pledge, he said that he believed all along it should invoke allegiance. The idea was in part a response to the Civil War, a crisis of loyalty still fresh in the national memory. As Bellamy sat down at his desk, the opening words – ‘I pledge allegiance to my flag’—tumbled onto paper. Then, after two hours of arduous mental labor, as he described it, he produced a succinct and rhythmic tribute very close to the one we know today:  ‘I pledge allegiance to my flag and to the Republic for which it stands—one Nation indivisible—with liberty and justice for all.’”

Bellamy’s initial pledge launched a campaign to “have it recited daily by all school children, with a hand extended in a ‘flag salute’ or ‘Bellamy salute’ facing the flag. The campaign was a wild success, adopted by almost every school in the United States. The custom of the salute was later changed to hand-over-heart, particularly because of its frightening similarity to the ‘Heil Hitler’ salute preceding World War II.”

The wording of the pledge evolved over the years. In 1923, a National Flag Conference, led by the American Legion and the Daughters of the American Revolution, lobbied that “my flag” should be changed to “the flag of the United States,” so that immigrant children would be clear just which flag they were saluting. Initially, all schoolchildren were required to recite this pledge. Then, in 1943, the Supreme Court of the United States ruled that “no schoolchild should be compelled to recite the pledge.” In the 1950s, Republican Senator Joseph McCarthy accused anyone whom he disliked of being a communist. Godless Communism was a scare that obsessed the nation. In response to the fear McCarthy injected into the national soul, two words were added to the Pledge of Allegiance in 1954: “Under God.”

Bellamy’s original pledge is magnificent in its simplicity. Think of all the dozens of other characteristics or qualities a pledge of allegiance might include, instead of these two: liberty and justice for all.

I wonder, when I see armed rallies on the steps of state Capitols, with protesters raising automatic weapons in one hand and the flag in another, and with some adorned in clothes sewn together from the American flag if the foremost thing on their minds is liberty and justice for all.

I wonder, when I see the President of the United States at campaign-like rallies, walking over to hug an American flag if that symbolizes his highest commitment to providing, protecting, and promoting liberty and justice for all.

I wonder when I see a huge pickup truck barreling down the highway with American flags planted in the truck’s bed if the driver is contemplating how he or she might do more to ensure liberty and justice for all.

I wonder when I see church sanctuaries adorned with religious symbols, and an American flag is prominently displayed if worshippers are praying for and pledging themselves to labor for liberty and justice for all. I remember being a child at church when all stood, hand over heart, and pledged allegiance to the flag of the United States of America. The rest of the service was then devoted to pledging ourselves to seek first as our highest allegiance the Kingdom and righteousness of God.

Justice, in the Hebrew scriptures, refers not only to providing a system of rules which are just and fair for all, but also refers to how people are treated, especially those on the margins of society. As Timothy Keller writes, “The Hebrew word for ‘justice’ is mishpat. Its most basic meaning is to treat people equitably…It also means giving people their rights.” Similarly, “The measure of a society is found in how they treat their weakest and most helpless citizens,” rings out a quote attributed to Mahatma Gandhi, Jimmy Carter, and several twentieth-century leaders. By this measure, I wonder how future historians will rate the greatness of the United States of America – by how it treated its weakest members.

Our nation has failed at offering liberty and justice for all, as have all nations. It is a high ideal, worthy of our every attempt. I am happy to place my hand over my heart to pledge for our Republic to continue to try its best to provide, protect, and promote liberty and justice for all, as long as all means no exceptions – even and especially those on the margins of our society, those most in need, those most misunderstood, disliked, bullied, victimized, and those hungering and thirsting for a safe land of the free where they can trust that they will be treated well.

The Rev. John Zehring has served United Church of Christ congregations for 22 years as a pastor in Massachusetts, Rhode Island, and Maine. He is the author of more than 30 books and e-books. His most recent book from Judson Press is “Get Your Church Ready to Grow: A Guide to Building Attendance and Participation.”