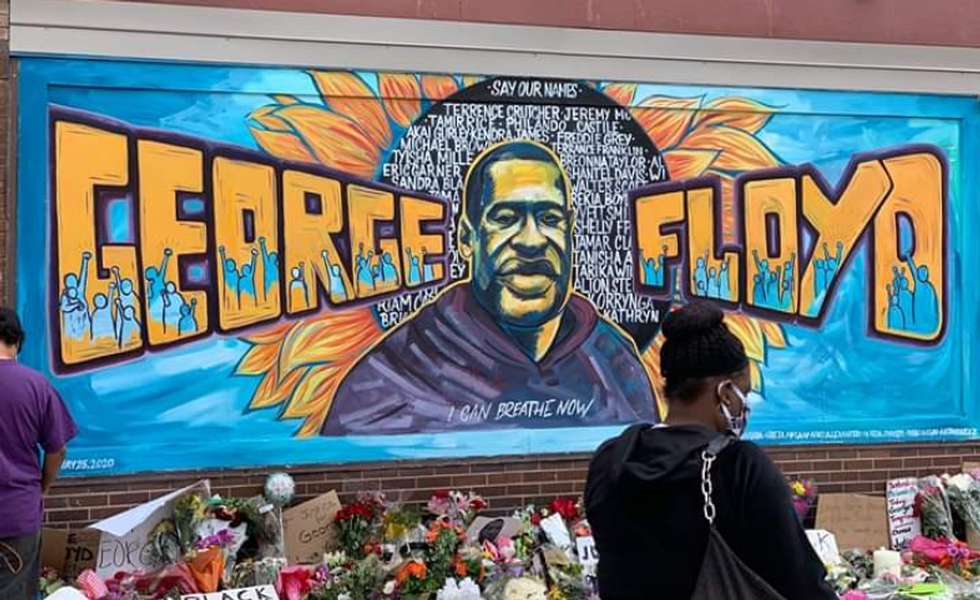 Two forces have collided in the past week—the brutal and gruesome death of George Floyd at the hands of Minneapolis police, and the peaceful protests in response to this horrific act of injustice.

Public protest by concerned citizens is one of the most basic and fundamental rights of any American citizen. Video of Floyd’s death by asphyxiation captured on multiple cell phones was one of the darkest and yet most revealing moments in recent American history.

The issues of right and wrong have been on full display. Thousands of people in cities across this country and around the world have taken to the streets to protest the death of George Floyd triggered by the sight of three police officers looking on while another officer pressed his knee into the neck of a man for almost nine minutes after the man was already in custody, handcuffed, and lying face down on the street.

These protests are fueled by three factors beyond the death of George Floyd.

First, riots will not end until all the officers on the scene where the killing took place are in custody. Even the Minneapolis Police Chief who fired all four of them because of their conduct in this case agreed that all four police officers should be arrested and charged. Most of the protests we have seen would likely have been avoided if this had happened already. The issue is not guilt or innocence of the officers. That will be determined by a jury trial. The issue is probable cause to make an arrest and seek an indictment. The video footage makes that case as plainly as it can be made.

Second, the high-profile death of black people in recent months has caused public sentiment to reach a boiling point. Ahmaud Arbery was shot to death while jogging in Brunswick, GA. Breonna Taylor of Louisville, KY was shot eight times and killed in her home by plainclothes police on a no-knock warrant in what proved to be a case of mistaken identity. Then came the public execution of George Floyd, carried out while cell phone cameras captured every gruesome second and every mournful groan while Floyd’s life was crushed out. Excessive use of force by police is part of what is being protested around the country.

Third, the protests are fueled by the 400-year history of racism and racial violence in the United States. What has happened in the last few months has happened time and again in cities and towns across this country since black people were forcibly brought to this country beginning in 1619. The line of suffering and brutality runs straight from the Middle Passage across the Atlantic Ocean to the auction block where human beings were sold into lifelong slavery, from the whipping post to the chain gang, the convict lease system of imprisonment, the KKK lynch mobs, the church bombings, the murder of Civil Rights workers, the intentional underfunding of schools in black communities, the creation of impoverished ghettos, public policies that resulted in generations of economic injustice, voter suppression, and finally, the frequent use of the police more as a force of occupation and intimidation rather than as those sworn to serve and protect regardless of race or color.

My fear at this moment is that people like President Trump, who do not want to face up to these three issues, will focus only on the small group of people who have engaged in rioting and looting. Those who loot and riot only detract and distract from the cause of those who are seeking justice for George Floyd. We cannot allow the rioters to become the story instead of the murder of George Floyd by a Minneapolis police officer. If we focus on the unlawful conduct by misguided rioters rather than the root causes of the peaceful protests going on across the country and around the world, then the killing, like the one carried out on the street in Minneapolis by callous and inhumane police officers and the protests by outraged citizens, will continue. Justice delayed is justice denied!

Dr. Marvin A. McMickle is professor of African American Religious Studies at Colgate Rochester Crozer Divinity School, Rochester, N.Y., where he served as president from 2011-2019.

Jill Duroseau and 2 others
0 Comments