To Live In God: Daily Reflections With Walter Rauschenbusch 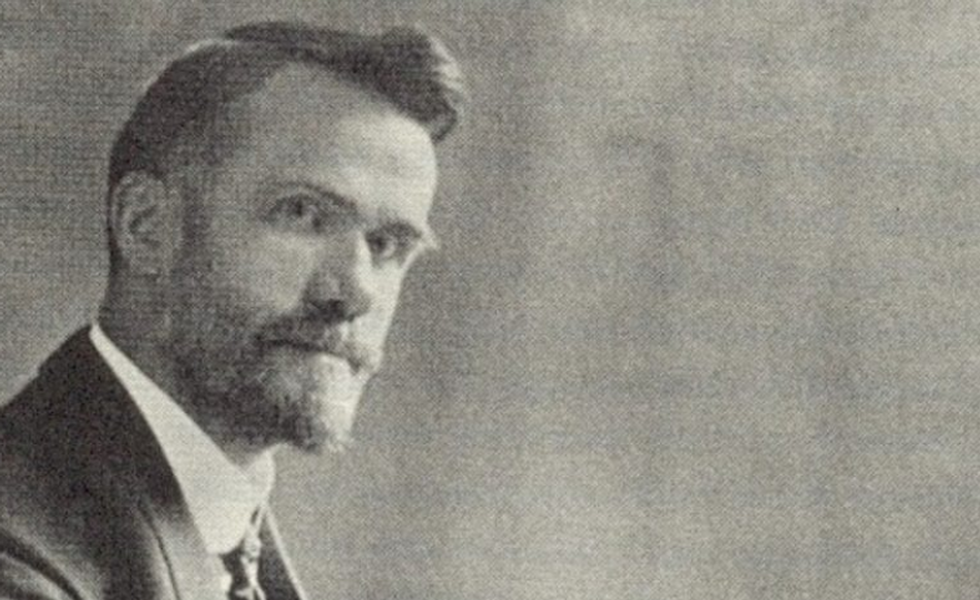 Johnson divided 120 reflections into three sections: The Inward Journey, The Outward Journey, and the Common Journey. He used selections from Rauschenbusch’s main writings: “Christianity and the Social Crisis,” “Christianizing the Social Order,” “Dare We Be Christians,” “Prayers of the Social Awakening,” “The Righteousness of the Kingdom,” “The Social Principles of Jesus,” “A Theology for the Social Gospel,” and “Unto Me.” He also used material from two of Rauschenbusch’s articles, “The Culture of the Spiritual Life” and “Why I Am Baptist,” along with biographical and personal stories from “Walter Rauschenbusch: Selected Writings,” edited by Winthrop Hudson and “Walter Rauschenbusch” by Dores Robinson Sharpe.

My only regret is that Johnson did not use more material and produce a “Year with Walter Rauschenbusch.” I have studied Rauschenbusch since the fall of 1995 when my history professor at Marshall University, in the middle of a lecture, paused and said to me, “Norvell, you should look at Rauschenbusch.” I did. I even went a little overboard. I went to Colgate Rochester Divinity School so I could immerse myself in all things Rauschenbusch. I knocked on the doors of his childhood and adult homes for a look-see (the owners said no). I snuck into the old Rochester Theological Seminary to get a feel for where Rauschenbusch taught (it’s an apartment building now). I worked in the American Baptist Historical Society’s archives so I could read Rauschenbusch’s sermon notebooks while I was on break (he flowed effortlessly from English to German to his own Koine Greek shorthand). The president of CRDS even let me wear Rauschenbusch’s robe. And if you’re wondering, I can give tours of Rauschenbusch’s Rochester, NY. All to say I want to applaud Johnson’s creative and beautiful work to present the Rauschenbusch material in such a fresh and formative manner.

Johnson’s book is needed now more than ever for three reasons.

One, the world is wanting this kind of approach from Christians, people of faith, and people of conscience. On so many occasions either I meet Christian social activists whose smiling muscles have atrophied or pious pew dwellers, who in the words of Johnny Cash, are “so heavenly-minded they are no earthly good.” Either of these attitudes leave the world wanting; instead of offering bread, they offer stones (Matthew 7:9). By slowly meditating on the selection of the day, the creative synthesis of action and mysticism becomes a part of your life.

Two, Rauschenbusch’s writing can model a way for pastors-theologians seeking to communicate a message the world is seeking. Mainline Protestantism may be declining, but religion is ascending. When I go to bookstores, I see shelves of religion and theology books that are either a mile wide and an inch deep or an inch wide and a mile deep. Rauschenbusch did not write only for mass audiences or only for academics, he wrote for both of them at the same time. He lectured to academics and wrote a catechesis-like manual (questions and answers format) for the YMCA. He did not write to take people on a winding journey through fog, he took them to the mountaintop on a clear day. His writing was clear, understandable, thought-provoking, inspirational, and transformative.

Three, as a scholar of Christian history Rauschenbusch knew movements were not sustained through sermons and articles, but through prayers (he wrote a book of social justice prayers), hymns (he collected social hymns), letters, pamphlets, and meetings (all of which he did). The selections in “To Live in God” will familiarize the reader with this expansive approach.

Storytellers share that political activist Emma Goldman once said, “If I can’t dance, I want no part of your revolution.” I don’t know if Rauschenbusch was a dancer, but I do know he had a wonderful sense of humor. I know that he wedded social justice and mysticism better than anyone I ever knew. And I know Dennis L. Johnson has gifted readers with a beautiful testament that will leave us dancing in the streets as we seek to be faithful Christians or in the words of Rauschenbusch, “the new apostolate.”