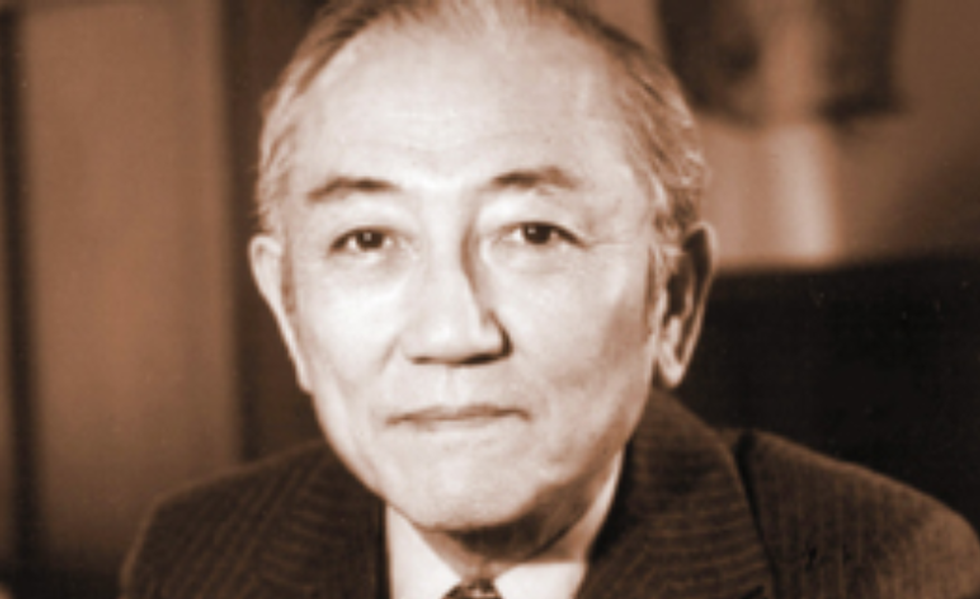 Today is the 50th anniversary of Earth Day. This week in The Christian Citizen, we are marking the occasion with a series of articles on environmental justice and care of creation. Dr. Jitsuo Morikawa (1912-1987), American Baptist pastor and denominational leader, made a significant contribution to this field by articulating an understanding of environmental justice rooted in Christian theology and ethics.

Morikawa argued that “To be human, to live life in salvation, to live life in Christ, is to live as a fair and responsible steward of God, which means a new standard of living, a life of maximum meaning based on minimal consumption to insure equity of distribution and protection of future generations still unborn.”[i]

From 1944 to 1956, Morikawa was pastor of the First Baptist Church in Chicago. After that, he served 19 years with National Ministries, American Baptist Churches USA[ii], first as director of evangelism and later as associate executive secretary. He challenged American Baptists to redirect their evangelism toward the world-at-large and encouraged churches to be concerned with the corporate and social, as well as the personal and individual, dimensions of life.

It is not enough for an individual or a family to succeed if others are not prospering; likewise, for western nations to enjoy material abundance while others remain mired in poverty. Persistent inequity within and among nations is, Morikawa argued, contrary to God’s design for human life.[v]

Morikawa was ahead of his time in discerning the intersection of social justice and ecological wholeness. His work and vision were instrumental in bringing these concerns together in the American Baptist Churches ecojustice emphasis of the early 1970s.

Like a modern-day Apostle Paul, Morikawa argued that our stewardship in Christ calls for a new standard of living—one that does not measure the good life by what we consume, but rather finds meaning in minimal consumption to insure equity of distribution in the present and protection of the environment for future generations. He was prophetic in his own day and remains so in our time.

Paul, writing to the church in Philippi said, “Do nothing from selfish ambition or conceit but in humility count others more significant than yourselves. Let each of you look not only to his own interests but also to the interests of others.” (Philippians 2:3-4 ESV).

Paul did not suggest we ignore our own interests, but rather that our choices encompass more than our interests alone. If the church lived more fully into this admonition, taking into consideration the interests of our neighbor and the environment, it would contribute significantly to addressing issues of ecology and justice.

The good life, measured by what we acquire and consume, and whether our level of acquisition and consumption exceeds those who came before us, is untenable in a world of limited resources and increasing population. We who live amid economic abundance should aspire to a new, more modest, standard of living; one by which consumption is shaped not by our interests alone, but by that of our neighbors at home and abroad; a standard that measures progress not by whether one generation surpasses another economically, but by whether there is expanding equity of access to the basic necessities of life for all people—those living and those not yet born.

Curtis Ramsey-Lucas is editor of The Christian Citizen. Twitter: @cramseylucas

[i] Jitsuo Morikawa, An Evangelistic Lifestyle in an Eco just Universe, (Foundations, July-September 1975)

Julie Thomas and 0 other
0 Comments
/