The Limits Of Toleration: China’s Crackdown On Religion 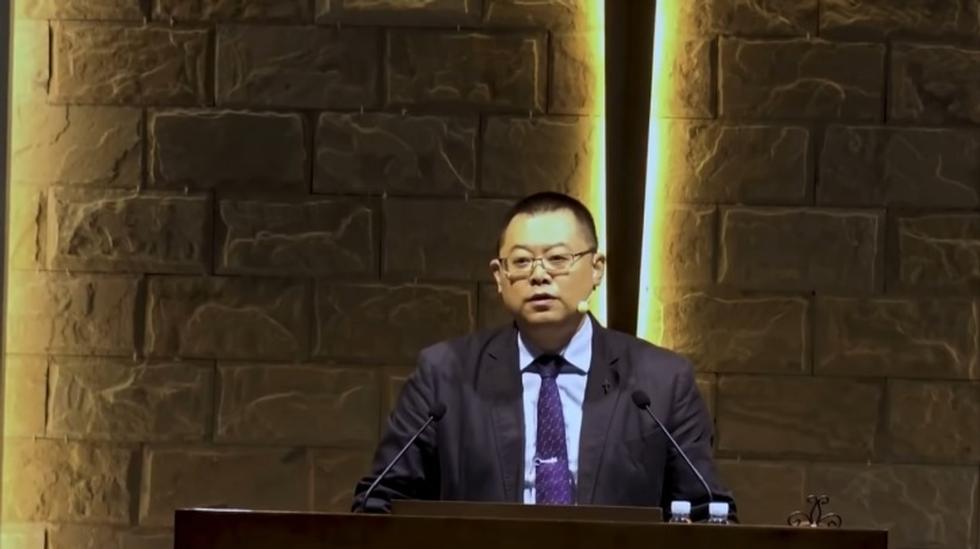 On December 8, 2018, in the southwestern city of Chengdu, Chinese police detained Wang Yi, one of the country’s most prominent Protestant pastors along with his wife, Jiang Rong, and more than 100 members of Wang Yi’s independent congregation, the Early Rain Covenant Church. Most of the 100 church members have since been released, including Jiang Rong who was released on bail June 11. Wang Yi and four others remain in detention without access to a lawyer.

Wang Yi and his wife are charged with “inciting subversion,” a catchall charge that carries a penalty of up to 10 years in prison.

In a March 25 New York Times article, Ian Johnson, writes, “Many congregants who have been released have lost their jobs and housing over their church membership. Others have been sent back to their hometowns or had their bank accounts frozen.” Until June 11 when his mother was released on bail, Wang’s Yi and Jiang Rong’s 11-year-old son lived with his 74-year-old grandmother under close government surveillance.

The hall in which the members of Early Rain gathered for worship sits empty, the pulpit and cross now gone. Writing inThe Guardian, Lily Kuo notes, “a construction company and a business association now occupies the three floors the church once rented. Plainclothes police stand outside, turning away those looking for the church.”

Islam and Protestant Christianity are among the fastest growing religions in China. However, whereas Islam is practiced by about 20 million non-Chinese minorities in the far western provinces of the country, Protestant Christianity, counts some 60 million ethnic Chinese adherents in China’s economic heartland. Roughly half this number worship in churches like Early Rain that raise their own money and run their own affairs, independent of government oversite and involvement.

The Chinese constitution, nominally the supreme law within China, is vague when it comes to the scope of religious freedom. Article 36 says citizens “rightfully enjoy freedom of religious belief” provided that they practice “normal religious activities.” This ill-defined term allows the Chinese Communist Party leeway to implement extreme measures of control and attack religious communities threatening its power.

Furthermore, according to Chinese law, only churches, mosques and temples registered with the government and under government control are considered legal. That said, since the early 1980s, official government policy has been largely to tolerate illegal places of worship so long as they remain apolitical.

What we see in China today are the limits of religious toleration rather than religious freedom. Toleration means permission given by the authorities for minorities to have certain rights guaranteed, rights that can be withdrawn or denied when the authorities can no longer endure how those rights are being exercised. Toleration means a right granted rather than secured by government. The Communist Party and the Chinese government tolerate the exercise and expression of religious belief so long as those beliefs remain apolitical and do not challenge or threaten their authority.

Since the early 1980s, many of China’s unregistered, independent churches, have operated underground. In the past decade, however, some have become public megachurches. Pastored by well-educated white-collar professionals in China’s biggest cities, the churches own property and have cooperative relationships with other churches in other parts of the country, relationships that are suspect in the eyes of the Communist Party. Unregistered churches are the only real example of civil society in China; organizations independent of government control that have tried to reform or improve society.

Early Rain is just the latest victim of the worst crackdown on religion since the country’s Cultural Revolution, when Mao Zedong’s government sought to eradicate religion from Chinese society and culture.

Zion Church in Beijing, the largest in China’s burgeoning Protestant underground, was closed by the government in September of last year when Zion’s pastor, Dr. Ezra Mingri Jin, refused a Communist Party order to mount face-recognition cameras on his pulpit, facing the congregation. For his refusal, the pastor and nearly all of Zion’s 1,500 members have been detained, searched, and questioned by public security.

According to ChinaAid, a Christian human rights organization that promotes religious freedom and the rule of law in China, 100,000 or more Christians were arrested in 2018, compared with 3,700 in 2017. Most of these, as with Zion Church, were short-term detentions.

The current crackdown, fueled by government unease over the growing number of Christians and their potential links to the West, seeks not to destroy but rather to co-opt Christianity. According to Lian Xi, a professor at Duke University in North Carolina, “The government has orchestrated a campaign to ‘sinicize’ Christianity, to turn it into a fully domesticated religion that would do the bidding of the party.”

“The goal of the crackdown is not to eradicate religions,” said Ying Fuk Tsang, director of the Christian Study Center on Chinese Religion and Culture at Chinese University of Hong Kong. “President Xi Jinping is trying to establish a new order on religion, suppressing its blistering development. [The government] aims to regulate the ‘religious market’ as a whole.”

That Early Rain would be targeted in this most recent crackdown is not surprising given the size and rapid growth of the congregation and the prominence of its leader, Wang Yi. Before converting to Christianity in 2005, Wang Yi, a trained lawyer, was named one of the 50 most prominent public intellectuals in China.

Wang Yi founded Early Rain in 2008. The church grew quickly and now has over 500 members. His sermons were often topical, touching on what he regarded as the rampant materialism in Chinese society and the political compromises made by the government-run church.

Wang Yi has become an increasingly strident critic of the government. In 2018, when China’s parliament put President Xi’s name in the Constitution and lifted term limits on his office, Wang Yi wrote, “abolishing the term limit on the leader of state does not make a leader but a usurper. Writing a living person’s name into the Constitution is not amending the Constitution but destroying it.”

In one sermon he accused the government of waging a war on “the soul of man” in Xinjiang, Tibet and Chinese parts of the country, a war doomed to failure because people will ask themselves: “In the middle of their pitiful and wretched lives, ruled by despotism, and money and power, where is your honor? Where is your dignity? Where is your freedom?”

Foreseeing the likelihood of arrest, Wang Yi wrote a declaration with instructions that it be published by his church should he be detained more than 48 hours. His statement explains the meaning and necessity of faithful disobedience, how it is distinct from political activism or civil disobedience, and how Christians should carry it out.

In it, Wang Yi states his respect for the authorities God has established in China as well as his anger and disgust at the persecution of the Church by the Communist regime, persecution he calls wicked and unlawful. He notes that the church must separate itself from the world and keep itself from being institutionalized by the world. “All acts of the church are attempts to prove to the world the real existence of another world” and that “spiritual disobedience and bodily suffering are both ways to testify to another eternal world and to another glorious King.”

Wang Yi writes, “This is why I am not interested in changing any political or legal institutions in China. I’m not even interested in the question of when the Communist regime’s policies persecuting the church will change. Regardless of which regime I live under now or in the future, as long as the secular government continues to persecute the church, violating human consciences that belong to God alone, I will continue my faithful disobedience. For the entire commission God has given to me is to let more Chinese people know through my actions that the hope of humanity and society is only in the redemption of Christ, in the supernatural, gracious sovereignty of God.”

“There is only eternal faith,” Wang Yi writes. “There is no eternal power.” In closing he says, “I will resist in meekness those who resist God, and I will joyfully violate all laws that violate God’s laws.”

“There is only eternal faith,” Wang Yi writes. “There is no eternal power.”

The situation in China is dire but not without hope. In an article earlier this year in Foreign Affairs, Ian Johnson notes, “China is not retreating to the era of high communism under Mao Zedong but lurching toward a messy future shared by many authoritarian states. Today’s China seeks not to marginalize competing groups and belief systems, the way Beijing did during the Mao era, but to co-opt them. Indeed, the events of the past two years show that for the first time in a century and a half, religion is firmly ensconced in the center of China’s social and political life.”

Johnson explores this return of religion to the center of Chinese life in his book, “The Souls of China: The Return of Religion After Mao.” For a summary of the book’s argument see his Foreign Affairs article, “China’s Great Awakening: How the People’s Republic Got Religion.” Johnson argues, “It is hardly an exaggeration to say that China is undergoing a spiritual revival similar to the Great Awakening that took place in the United States in the nineteenth century. Then, as now, a country on the move has been unsettled by great social and economic change. People have been thrust into densely populated cities where they have no friends and no support systems. Religion and faith offer them ways of looking at age-old questions that people everywhere struggle to answer: Why are we here? What really makes us happy? How do we achieve contentment as individuals, as a community, as a nation?”

That large numbers of people are asking these questions, and religious traditions are providing answers, complicates Communist Party efforts to regulate and even suppress religious expression and practice. It is also significant that the Chinese now have had more than a generation of experience building religious institutions and organizations that operate free of government oversite and regulation. This effort and experience will, in time, help lay the groundwork for the development of civil society, broader transformation, and the further expansion of freedom.

Furthermore, the failure of Mao Zedong’s government during the Cultural Revolution to eradicate religion from Chinese society and culture is evidence of the tenacity of religion. The growth of religion and of religious communities is natural and inevitable and efforts to stamp out or restrain its growth are self-defeating. Current efforts by China to co-opt or domesticate Christianity will, likewise, fail.